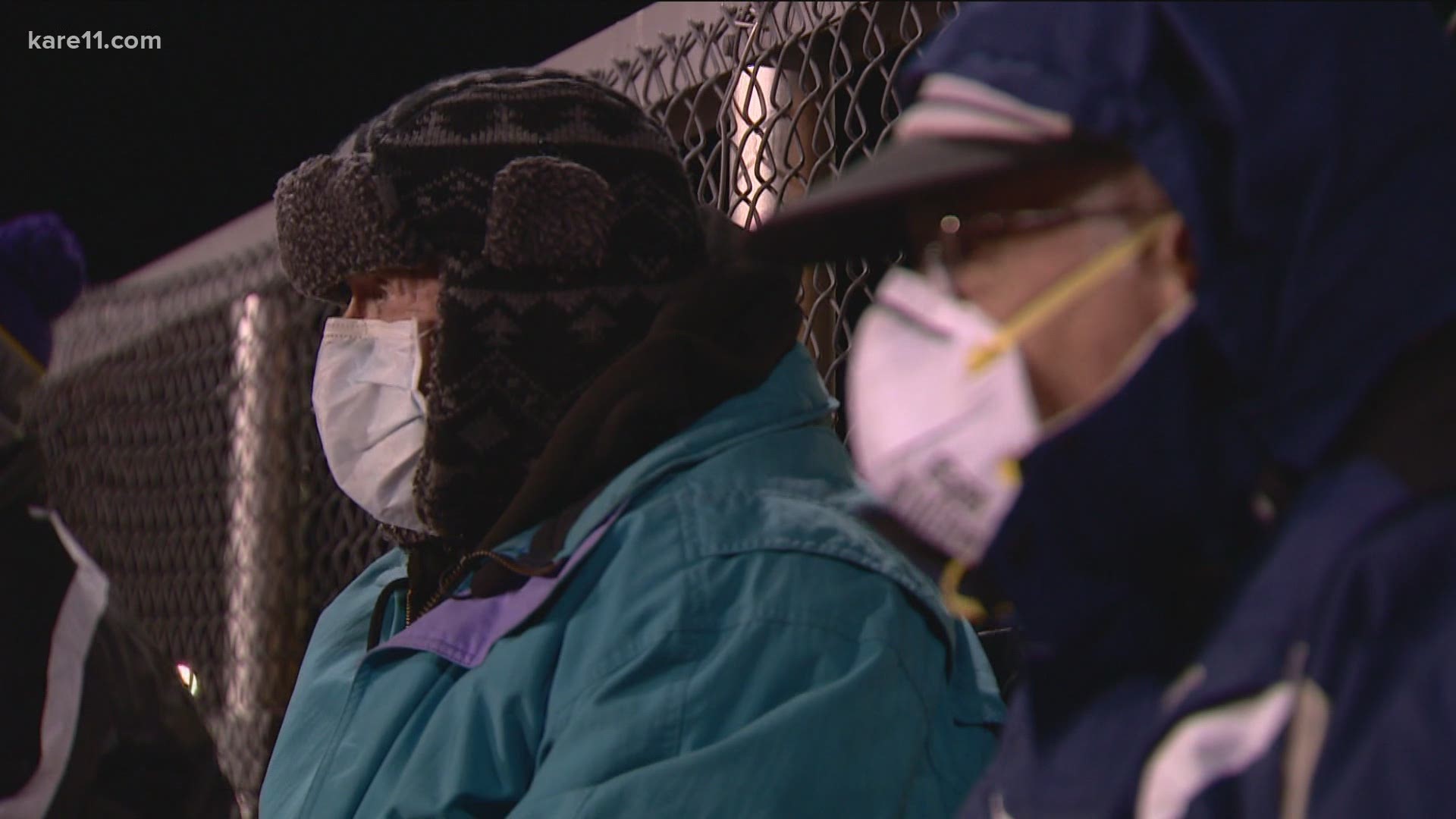 SOMERSET, Wis. — As the boys of Somerset play into the fall, two men sit bundled up, side by side, in the high school football field grandstand.

The game has proved exciting, with scores coming in bunches. Yet the men, both in their 80s, find themselves distracted.

“Sometimes I look at my numbers and think I'm using too much paint,” one says to the other.

Such are the game-time observations of Vic Martinsen and Lowell Peterson – the football linemen who do their best work before the game starts.

Neither Vic nor Lowell can remember how long they’ve been painting the football field at Somerset.

The longtime volunteers came with the field when Bill Roll was handed the responsibility of game prep as part of his buildings and grounds job with the Somerset school district.

He’s now the junior member of Vic and Lowell’s team. “Yeah, by a lot,” Bill laughs. “I'm less than half their age.”

On game days, Vic and Lowell are on the field by 8:30 am, wrestling with number templates as tall as they are and stretching strings across the field to keep the painted lines straight.

“Hey Lowell!” Vic yells across the field. “Did you get the kickoff spot?”

Friends since grade school, Lowell graduated from Somerset in 1954, while Vic – who repeated second grade – crossed the stage a year later.

On this day, snow squalls make it difficult to see across the field, much less maintain sight of the lines they are painting.

“Holy Cripe,” Lowell says in amazement as flakes the size of cotton balls fall around him. “This is a first I think.”

Lowell, who favored basketball and baseball, cheered his friend on from the stands.

“Nobody scored on us,” Vic says proudly. “The whole season.”

“He's lucky to be alive,” Lowell’s wife Rose says of her husband. She’s not overstating the extent of her husband’s injuries after a tree fell on him.

Rose found Lowell in the woods, pinned and unconscious. Several of his bones were broken and his head was smashed.

At the time, he was 80. He'd been out cutting firewood.

“He's got about 8 or 9 plates in his head holding the breaks in his skull,” Rose says.

Three weeks in the hospital, two of those in intensive care, and Lowell emerged gripping a walker.

Before Lowell even knew he was ready, Vic called to tell his old friend he’d be by to pick him up for a high school basketball game.

The following fall, they were back together painting the football field.

“Every morning is beautiful,” Lowell says as he squeezes the trigger on a can of line paint.

The lure of the field makes perfect sense to their wives.

“They like to keep busy and they want to feel needed,” Elaine says. “you know, that's important too.”

Later that night, Lowell and Vic will climb the bleachers to their favorite spot on the top row.

The game will not end well for Somerset, but even on a disappointing night, they will find small victories.

Lowell looks across the field, smiles, and says, “Lines are straight.”