CARROLL COUNTY — Lorine Sextro had a secret. The Iowa bootlegger’s recipe for rye whiskey had stood the test of time. During the prohibition era, barrels ... 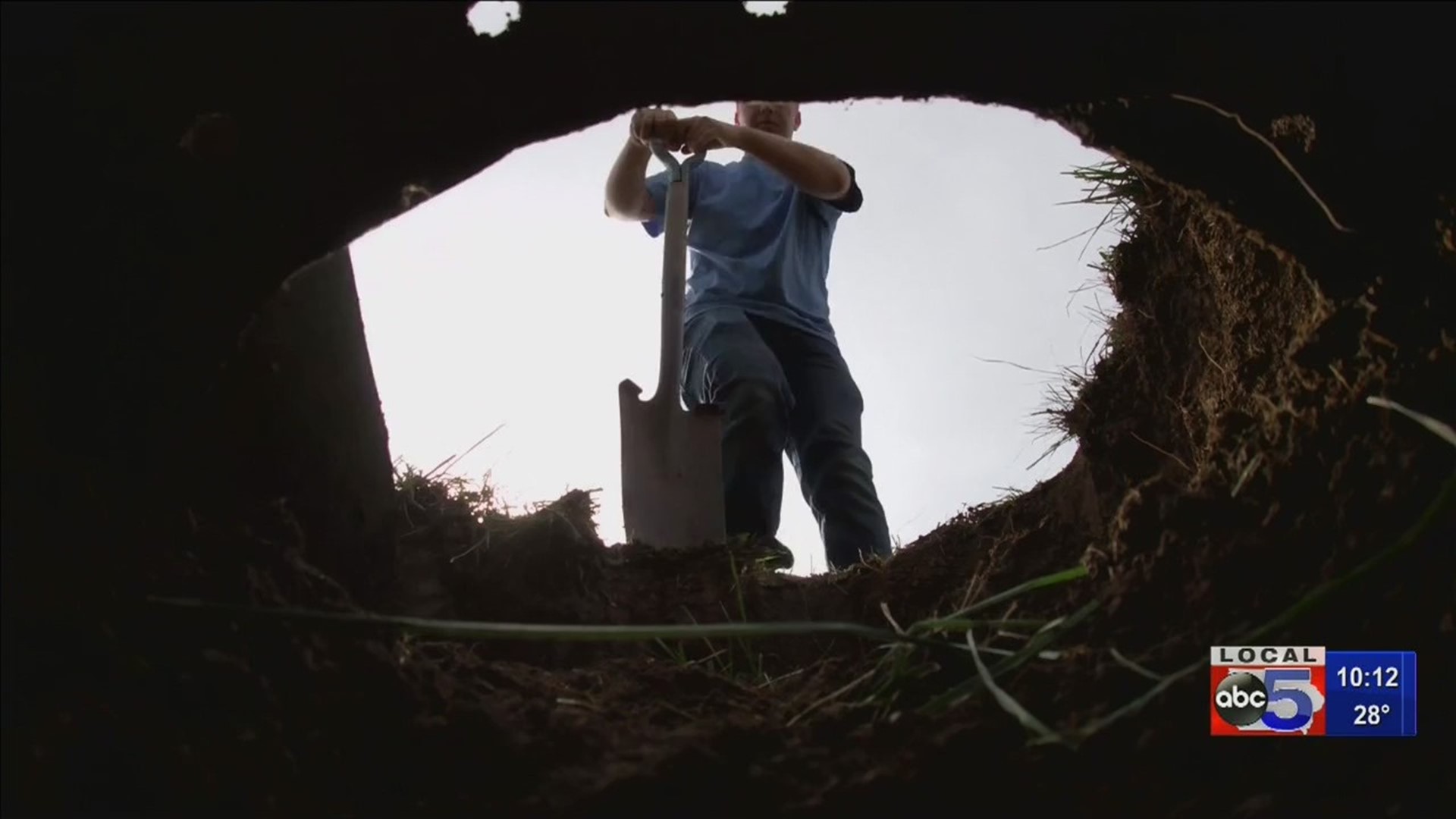 The Iowa bootlegger’s recipe for rye whiskey had stood the test of time.

During the prohibition era, barrels of the legendary whiskey were allegedly buried on farmland to avoid detection by the federal government.

And the two are hoping to find some buried treasure.

The initial search for barrels centered around a creek where an old farmstead belonging to a member of the Sextro family once stood.

After a week of poking around potential sites, the team is back to Lorine Sextro’s family farm.

But for an illegal operation from the prohibition era, barrels of whiskey weren’t the only thing buried underground.

“They buried everything, and for good reason,” Eggers says. “They didn’t want to go to jail. But now it’s time to dig it up.”

And just like that, a metallic clang while digging.

Peeling back the layers, a large metal object not seen in nearly 90 years.

Could it be an old still?

A piece of an old still found on the old family farmland of Lorine Sextro (Photo: Elias Johnson)

And then, what appears to be pieces of wood. Potentially from an old whiskey barrel.

But the treasure hunt isn’t over.

The label of a bottle with fluid inside.

“I would love to take that spirit, extract the yeast from 1930 and take that last piece of the puzzle from our recipe,” Schneider says. “Use that yeast my grandmother used to make our whiskey so it was truly, 100 percent historically accurate rye whiskey. That’d be unlike anything anyone’s ever done.”

At the end of the day, it’s treasure indeed. The large, metal object the team dug up has been confirmed as one of the operation’s old whiskey stills.

The bottled liquid and wood are in the process of being tested.