DES MOINES – It’s been nearly one year since the devastating floods of 2018. Hundreds of homes in the Des Moines metro were flooded and have since b... 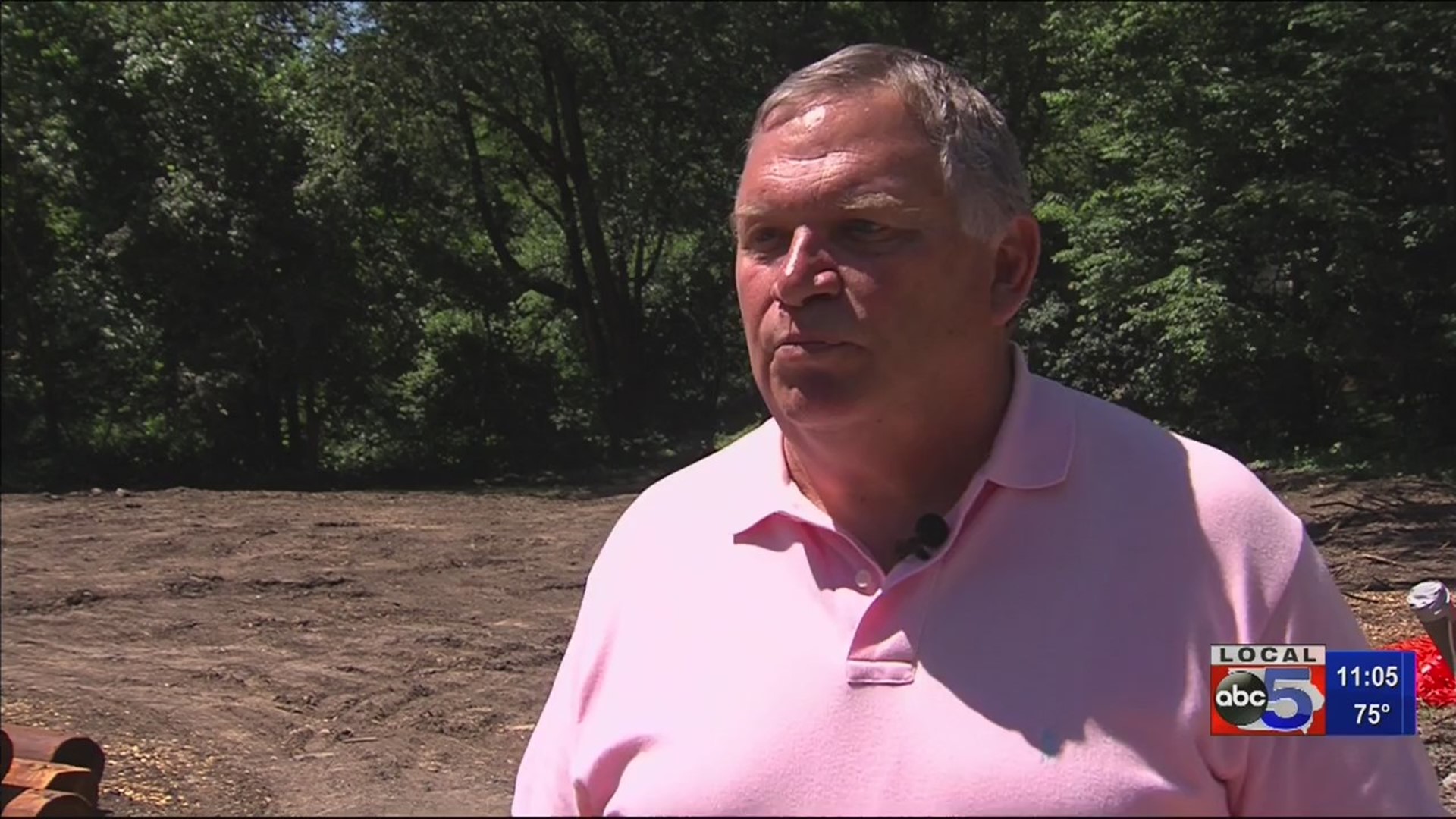 DES MOINES – It’s been nearly one year since the devastating floods of 2018. Hundreds of homes in the Des Moines metro were flooded and have since been bought out by the city and torn down. One of the most searing moments came in the days after the flooding. Ward 1 City Councilman Bill Gray, touring the flood damage came face to face with the people who had their lives turned upside down. A year later, Local 5 got to speak to Bill Gray about how the area has moved forward.

“We take the blame. We’ll take the issues everyone gave us and we are going to move forward and change that. And make this place much better than what we went through on Saturday,” says Gray.

A year later, on a much different day in Beaverdale, touring some of those promised changes Councilman Gray says he will never forget the anguish he saw.

“You saw the amount of devastation that took place in all the other areas of the city. It just tears your heart out. You see people’s prized possessions prized belongings. People were throwing away old time photo albums because they were ruined. Lot of history and memorabilia gone.”

The heated encounter came from frustration over cleanup. Gray says the city’s response was inadequate and that’s one of the greatest lessons he took from that day.

“When I drove around and saw our first response was…well…put a tag on it. And stick it on the curb. And then we said well, we’ll have dumping sites that were poorly staffed… we knew then we better go to a plan where we over deliver and make the people happy. We finally realized we have to let them put it out on the curb..we don’t want people getting sick and stuck with all that stuff. Throwing wet stuff in a car to go to a dump site. It didn’t make any sense.”

Gray is confident they’re better prepared to handle the after-effects of another catastrophic flood.

But the big, nagging question that remained: can the city do anything to keep water from building up and overwhelming the system, taking entire homes with it? The answer is yes, but with a lot of work.

Floodwater raged down Germania Drive and ended up at the storm drain at the mouth of Maquoketa Drive. There simply was nowhere for it all to go.

A lot is happening on 41st and College Avenue now. “Engineers have already purchased this house and we’re looking at two others in the back. And if we can do that, we’re gonna build a water retention basin back there and what that’ll do is it will hold the water back so the normal clearance of water here can get through and be released as a trickle as all the heavy water has gone by.”

Crews will also bore under 41st to build a larger sewer line and make the Maquoketa drain bigger, pushing the water to a ravine where it can pass through safely.

It’s one of many weak spots the city wanted to correct right away. But with widespread devastation, money can be a barrier to progress.

“We took a look at where can we get some money? One cent sales tax was obviously big to go that way. And increasing the stormwater management fees. If we can get those through, we can take projects that are like five years out and press them to two years, we can start to address these issues that these people were seeing firsthand.”

“I think we did the right thing putting it on the ballot. We’re not going to take this and put this money into a slush fund where we are going to take from it whenever we want to. If we would have said that, we wouldn’t be here today. The first 50 percent to property tax relief. Then we said infrastructure and roads. Infrastructure means sewers. That caught people’s attention a lot. And if they can see an immediate benefit from being done by increasing my sales tax by a penny. It’s well worth it.”

Voters in Des Moines overwhelmingly passed the penny tax increase. Gray says when he walks around Beaverdale today, he gets a more positive response. Neighbors are involved in the recovery process and seeing construction with their own eyes.

“When people see we’re going forward, getting the job done, that makes people feel a little better. They know that “my basement’s going to be dry.”

“You can take a little bit of turmoil and turn it into something if you react. If you react in the right way. And I think that’s what we did.”

You can watch more of Local 5’s interview with Councilman Bill Gray this Sunday and hear the action he’s taken on behalf of residents in his ward to help them recover from the flood devastation. That special story will be in the premiere of our We Are Iowa Original Documentary. You can watch that this Sunday night at 8 on weareiowa.com. It’ll be hosted by Local 5’s Stephanie Angelson with stories from her, Jacob Peklo and our team of Local 5 photojournalists.