A local doctor explained some reasons why the life expectancy decreased in the U.S. in the first half of 2020, and why it decreased more for two minority groups. 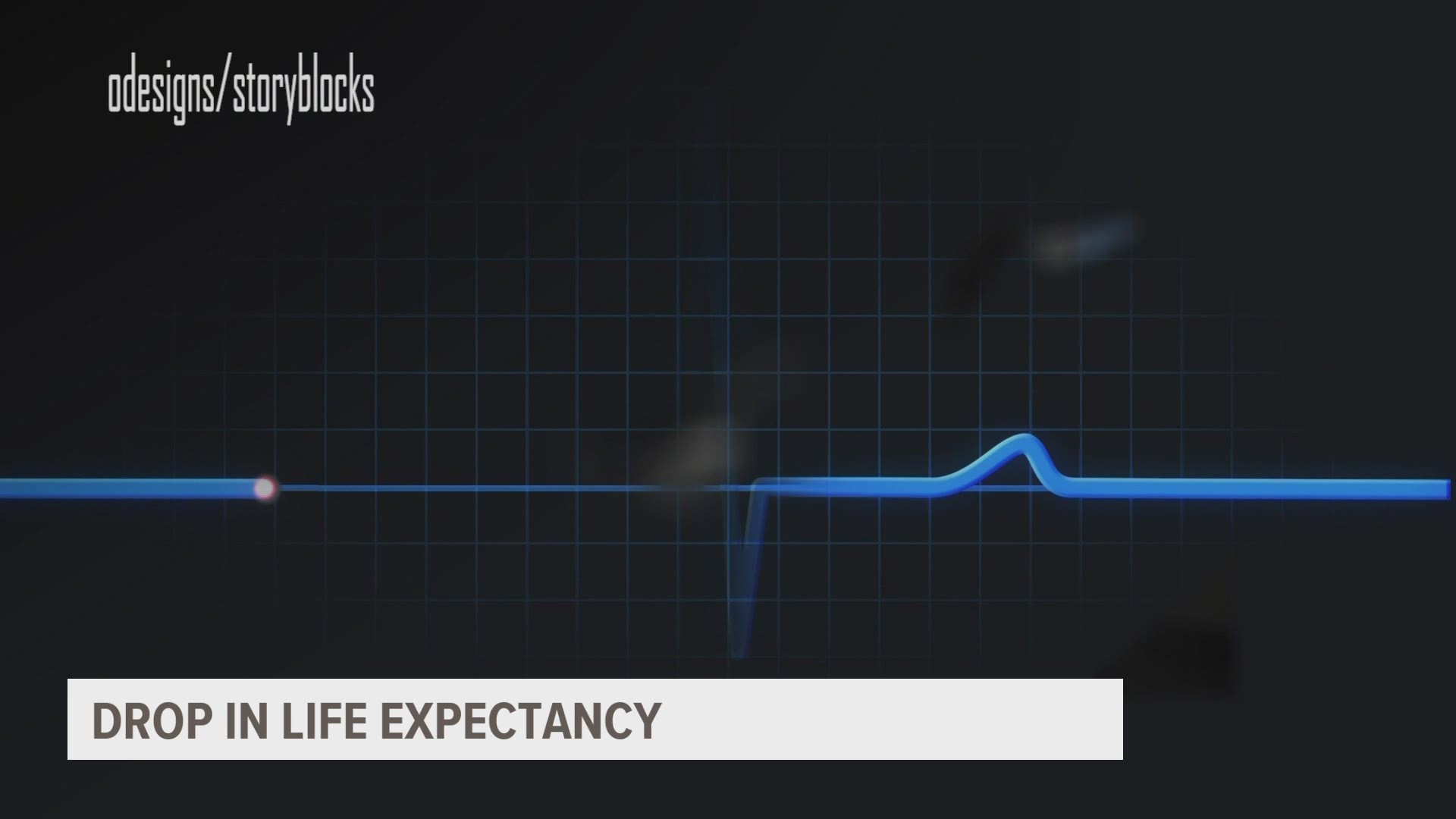 DES MOINES, Iowa — In the first half of 2020, the average life expectancy dropped in the U.S. because of the pandemic. This according to the National Center for Health Statistics, U.S Census Bureau and Human Mortality Database.

But the life expectancy had a sharper decline among the Black and Hispanic communities.

"We expected to see a slight drop, but not one this big," Dr. Yogesh Shah, chief medical officer at Broadlawns Medical Center said.

And according to data from those three organizations, the life expectancy for white people dropped by 1.36 years, for Black people it dropped by 3.25 years and for Hispanics it dropped 3.88 years.

Dr. Shah said the reason why it dropped more for those two communities is those two groups were more disproportionately impacted by the coronavirus.

"The pandemic it caused them [to have] higher poverty rates...unfortunately much higher rate of chronic conditions," Dr. Shah said.

He also noted the pandemic will continue to have a ripple effect on life expectancy, especially with many people missing important doctor's visits last year like cancer screenings or getting their babies vaccinated.

"So going forward the worry American Cancer Society and I have, is there is a potential for higher cancer detection three or four years down the road from here, and as we saw there's a higher rate of sudden death because of missed prevention opportunities," Dr. Shah said.

Although life expectancy dropped in the first half of 2020, Dr. Shah said he expects them to increase again. However, he noted there needs to be a push in the Black and Hispanic communities to starting from a young age, to inform them on the importance of health.

RELATED: Career goals aren't the only reason women are putting off having kids until later in life