LISTEN: Families told to get out of hotel rooms as police search for armed robber

ALTOONA — Dozens of families and people from out of town were caught in the middle of a scary situation on Friday morning as Altoona police searched for a man s... 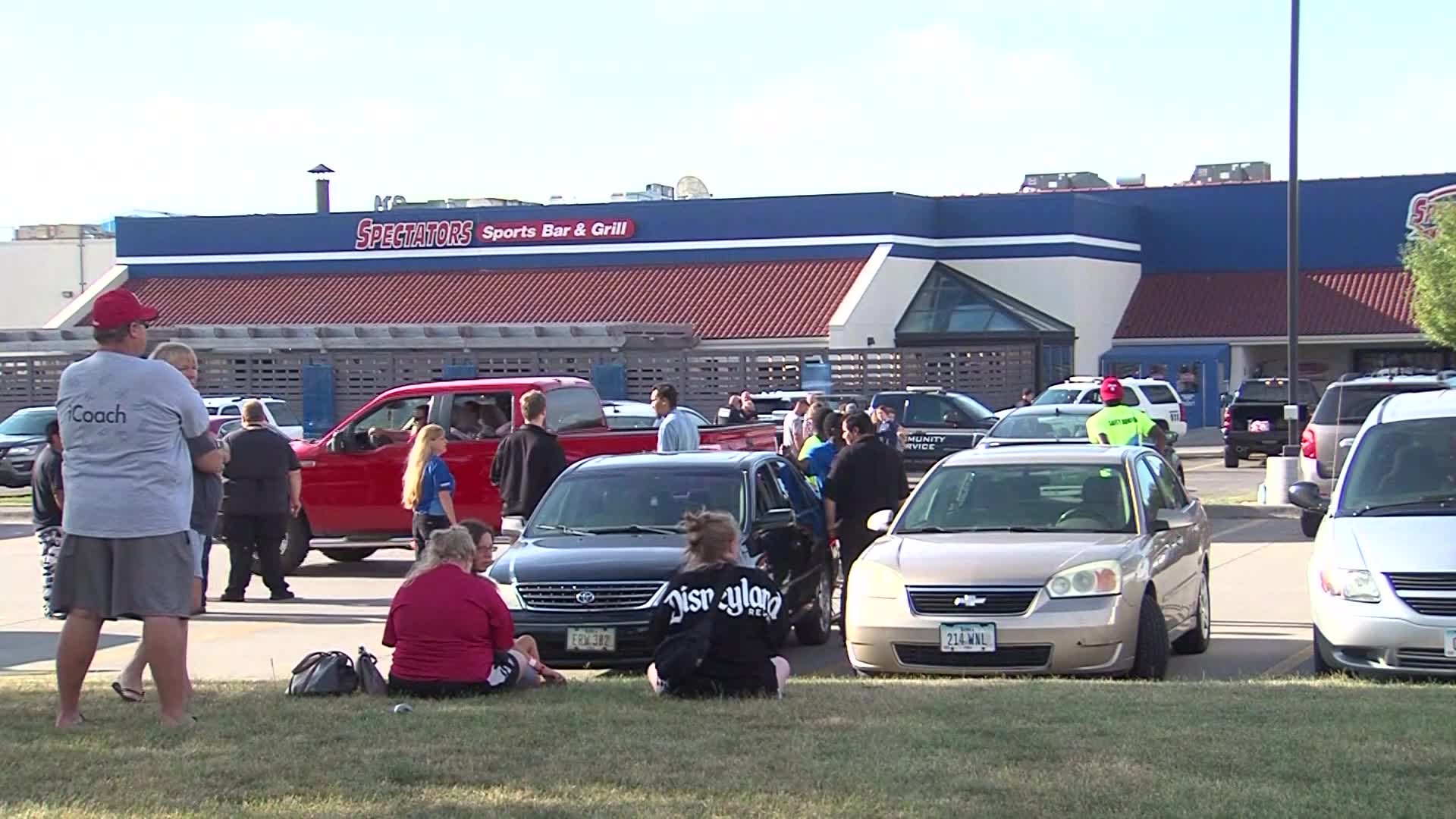 ALTOONA — Dozens of families and people from out of town were caught in the middle of a scary situation on Friday morning as Altoona police searched for a man suspected of robbing a local restaurant at gunpoint.

Local 5 spoke to several families who had to be evacuated from their hotel rooms at the Adventureland Inn and Prairie Meadows Casino area early Friday morning because of the active situation. One woman said that the police busted down her hotel room door and told her to get out of the room.

“So this morning, we are laying in bed an the police blow open our door,” said Hannah Underwood, a visitor from Arizona. “They are telling me to put on my shoes and get out of the room….honestly, I was just thinking, ‘I gotta get my grandma out of this room.’ They said they were the police department and I said, ‘Alright, Grandma. Let’s get out.'”

Another family caught in the middle of the chaos said they were told to leave their rooms as well.

“I was walking through the hallway, and police asked me who I was, and I told them,” said Steve Blackburn, a hotel guest. “And then probably 20 minutes later, we were told to evacuate the building. They didn’t tell us what they were looking for. I’ve never had to do anything like that before. You don’t think about it when you’re asked to do that….”

Police are actively looking for a man who is suspected of robbing Spectators Bar & Grill and then taking off.