The PPP offers forgivable loans if the money is used by an employer to keep paying workers. 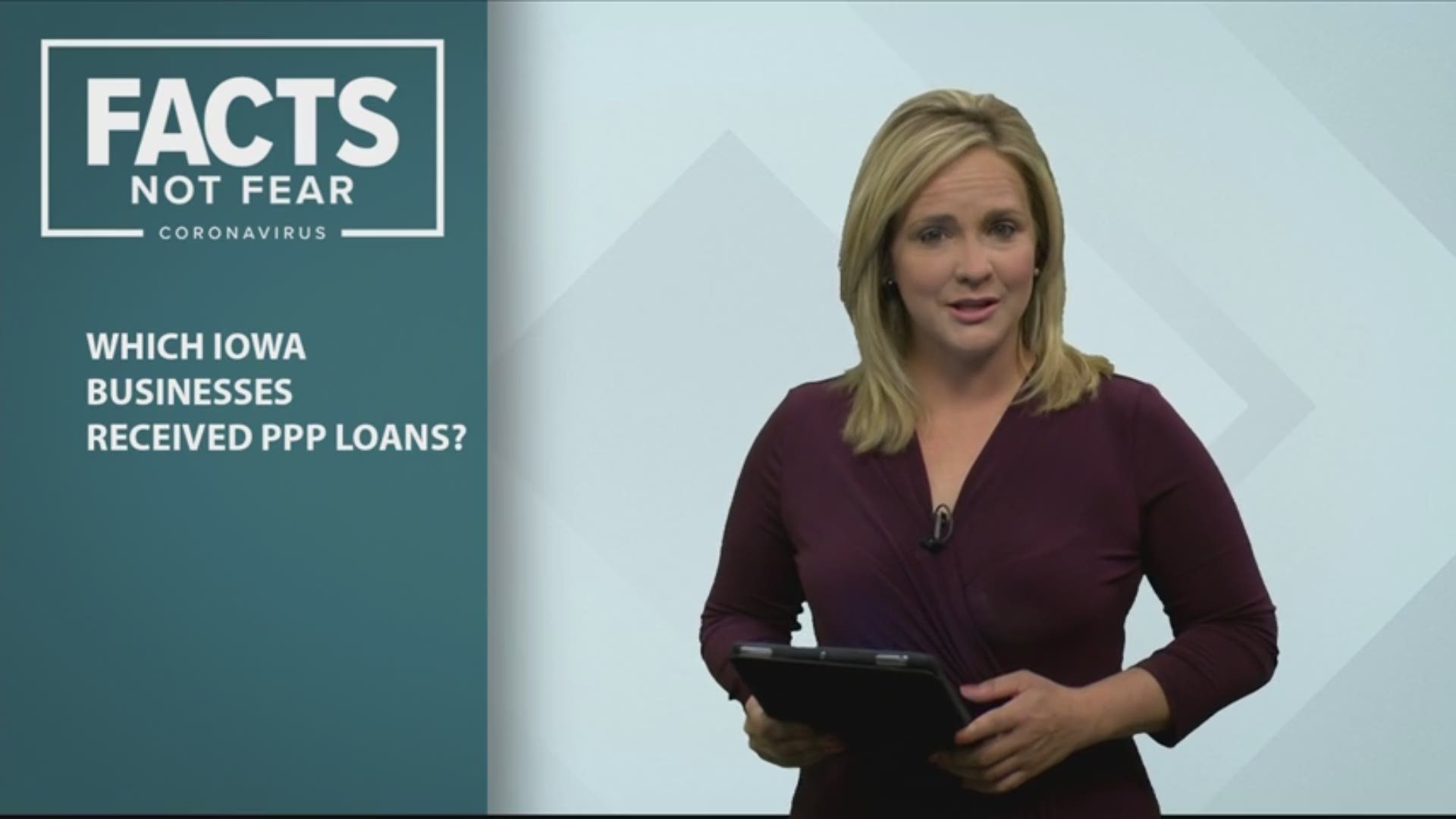 The U.S. Department of the Treasury this week released a list of organizations receiving money as part of the federal Paycheck Protection Program.

The PPP is meant to help small businesses survive the economic downturn because of the COVID-19 pandemic by offering forgivable loans if the money is used to keep paying workers.

Nearly 6,000 organizations received $150,000 or more in PPP funding, according to the Small Business Administration (SBA).

Thousands more in the Iowa have received funding that was under $150,000.

Before diving into some of the data, the SBA does clarify what is and is not reported:

Local 5 is On Your Side, providing a snapshot of where the money has gone, and what the data doesn't show.

AE Dairy, which is based on Des Moines' east side, was a recipient of PPP money. Data from the SBA shows they received between $5-10 million in funding. Certain data, like whether it's male or female-owned, are not listed.

It shows 331 employees were helped.

As a family owned company, AE Dairy provides jobs for just over 400 employees, and makes high quality dairy products with milk from Iowa family farms. Our owners made the decision to apply for the Payroll Protection Program to help maintain these jobs and alleviate worry for our employees during a very difficult and stressful time.

The family owners are so grateful for this loan because it has helped offset the loss of 25% of our restaurant and food service business (business to schools, universities, and organizations such as Prairie Meadows). Many of the restaurants we serve remain closed. Some restaurants in downtown Des Moines have tried to reopen; however, with a number of offices still closed, restaurants don’t have the foot traffic they need. AE Dairy is grateful to serve the Des Moines community for over 90 years by providing good jobs for our employees, serving our customers and giving to area food banks and shelters during this pandemic.

Brownells is a major firearms accessory company based in Grinnell. According to data from the SBA, the company received between $5-10 million.

The company did not list whether it was male-owned, non-veteran or the number of employees helped.

Brownells did not immediately respond to a request for comment.

Large companies such as Ruth's Chris Steakhouse received criticism on social media for taking PPP funding. That restaurant chain in particular returned the money, since the program is meant for companies with fewer than 500 employees.

The Culver's in Clinton shows as being male-owned and non-veteran owned. The funding is reported to have helped 114 employees.

Meantime, the Culver's in Decorah doesn't show whether it's owned by a man or woman nor veteran ownership status. But it does show the owner is White. It reports 58 employees protected under the PPP.

"Our restaurants are independently owned and operated by franchisees who make their own decisions including assessing their business needs and seeking eligible assistance to meet those needs," a Culver's spokesperson said in a statement.

Turning to nonprofits, the Make-a-Wish Foundation of Iowa was also a PPE recipient. The organization received between $150,000-350,000.

According to the watchdog group ProPublica, the organization had recent annual revenue of over $3.5 million

It shows the money helped 14 jobs at the non-profit. What's not reported, however, is demographic information like if it's male/female-owned or veteran ownership status.

Make-a-Wish Foundation of Iowa did not immediately respond to a request for comment.