The Polk County Sheriff's Office tells Local 5 more than 1,800 people applied for permits to buy or carry a weapon in March, more than double that time last year. 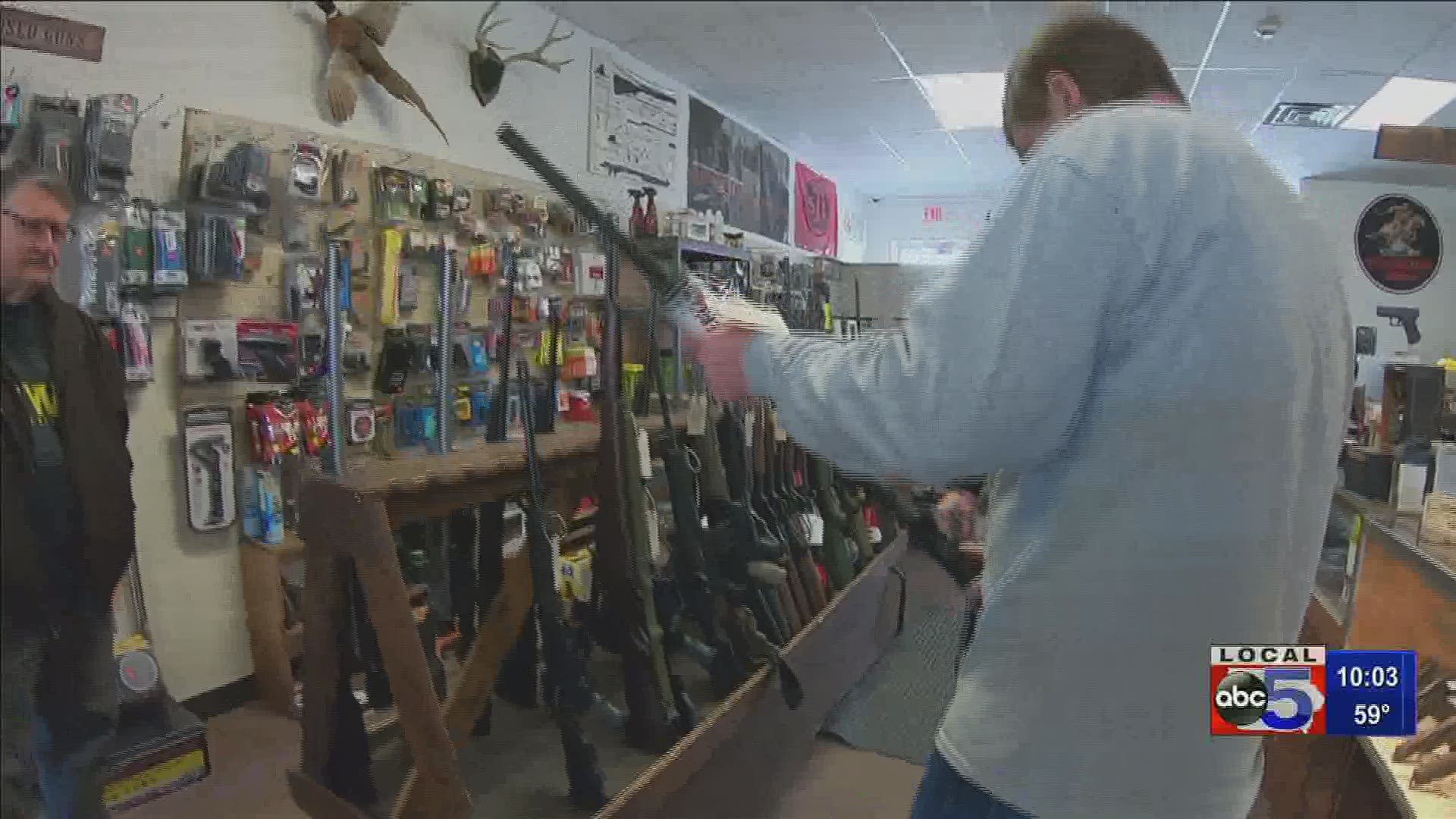 DES MOINES, Iowa — During COVID-19, there’s one thing flying off the shelves almost as quickly as our coveted toilet paper. Mike Sporer, owner of JLM Gun Shoppe in Urbandale, is seeing it firsthand.

"It’s gonna take months and months to replace ammunition and firearms," said Sporer. "Toilet paper and guns, I don’t get it."

Sporer says he can only guess why the COVID-19 pandemic has been good for his business.

"I don’t know know if they’re expecting social unrest, or civil unrest...but when people get nervous, they stock up on guns and ammunition," he said.

He said the business boom happened midway through March.

"It’s like someone flipped a switch on this stuff," Sporer said.

That’s the same month that the Polk County Sheriff's Office received more than 1800 requests for permit to acquire and permit to carry a weapon.

According to Mike, the process of applying for a permit is a surprise for a lot of first-time owners.

"It’s come as a shock to some people that you can’t just walk in here and walk out with a gun," said Sporer. "You know, you need a permit to purchase it, or you need a background check on any type of long gun, a shotgun, or rifle."

In most states, gun stores remain open, with the exception of a handful (less than ten) that the National Rifle Association is tracking. In California, Michigan, Vermont, and Washington state, state governments have left gun store closures up to each county's discretion. In New York and New Mexico, gun stores were ordered to be closed, and the NRA is suing over the constitutionality of the matter.

Amy Hunter, media relations coordinator for the NRA, says gun stores are the only place people can pick up a new gun after purchase, so if stores are closed, she says people no longer are able to exercise their Second Amendment Right.

RELATED: How caregivers are fighting COVID-19

RELATED: 'We are going to hold Iowans accountable to what I have ordered': More businesses closed to slow the spread of COVID-19