'This attack should have never happened': Union president says better staffing could have prevented deaths of 2 prison employees

AFSCME President Danny Homan said the deaths of Lorena Schulte and Robert McFarland happened because of lack of funding and staffing in Iowa's prison system. 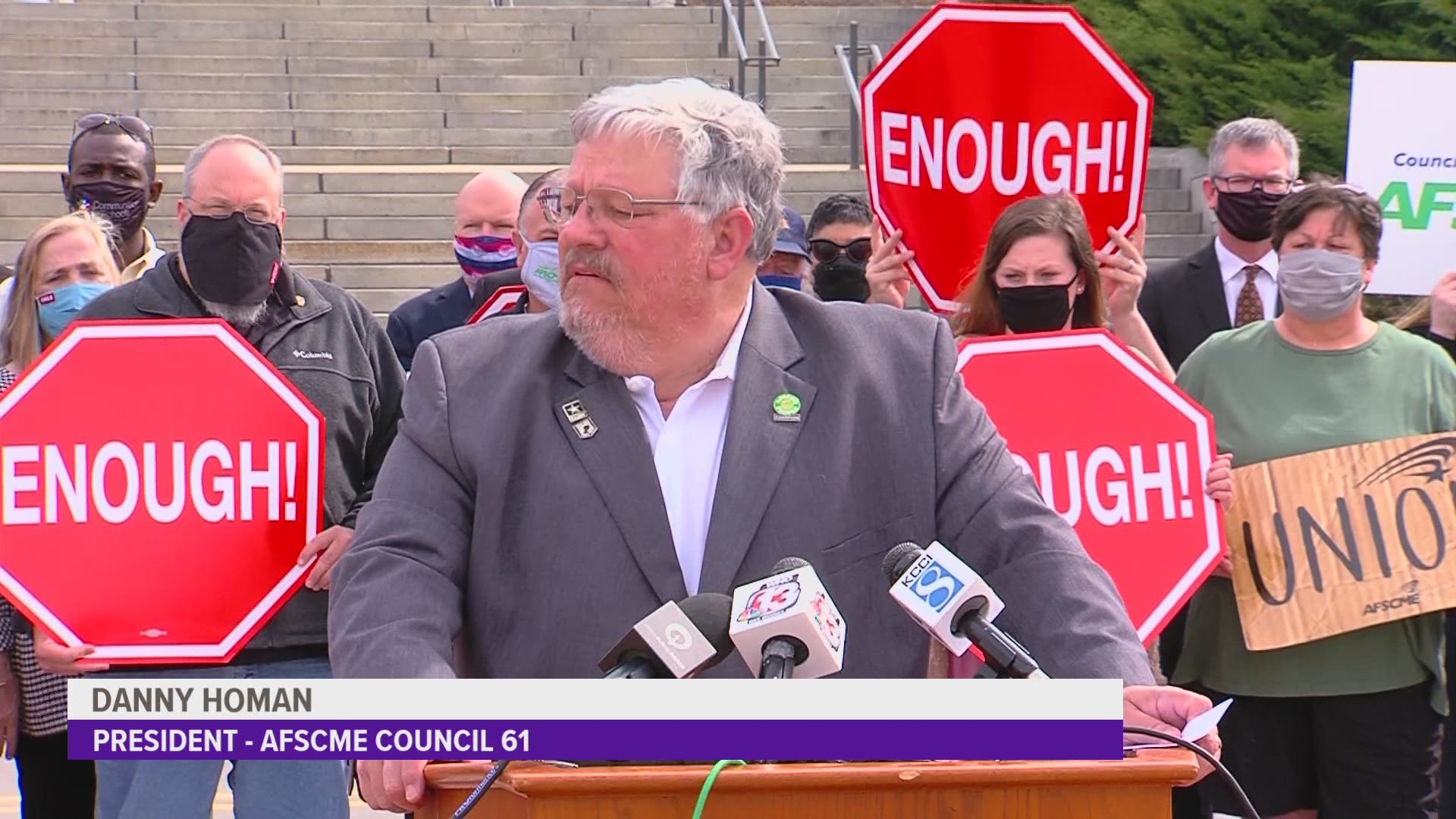 AFSCME Council 61 President Danny Homan said their deaths could have been prevented.

"Two people were murdered inside a maximum-security prison," Homan said during a press conference Tuesday. "It does not speak well for the Department of Corrections,"

Homan said he's been advocating for more funding and staffing in Iowa's prison system for years.

While standing in front of the Capitol Tuesday, he demanded Republicans in the legislature as well as the governor to approve more funding for the Department of Corrections.

"Many of you standing out here have heard me say this. That if staffing inside the Department of Corrections, or the state in general, does not get better, someone is going to die," Homan said. "Two weeks ago unfortunately that prediction came true."

The top Democrats in both the Iowa House and Senate joined Homan.

"What we saw at Anamosa in March was that Republican underfunding of our justice system has had deadly consequences," said Sen. Zach Wahls, D-Iowa City.

Watch the full press conference below:

"It's unfortunate that it takes a tragedy like this to start this conversation and to spur action," said House Minority Leader Todd Prichard.

Homan said he has yet to hear back from Republicans.

However, House Republicans did propose the largest funding increase for the DOC in almost a decade.

They've proposed a $20 million increase in funding for the department. That's the largest single-year increase since 2012.