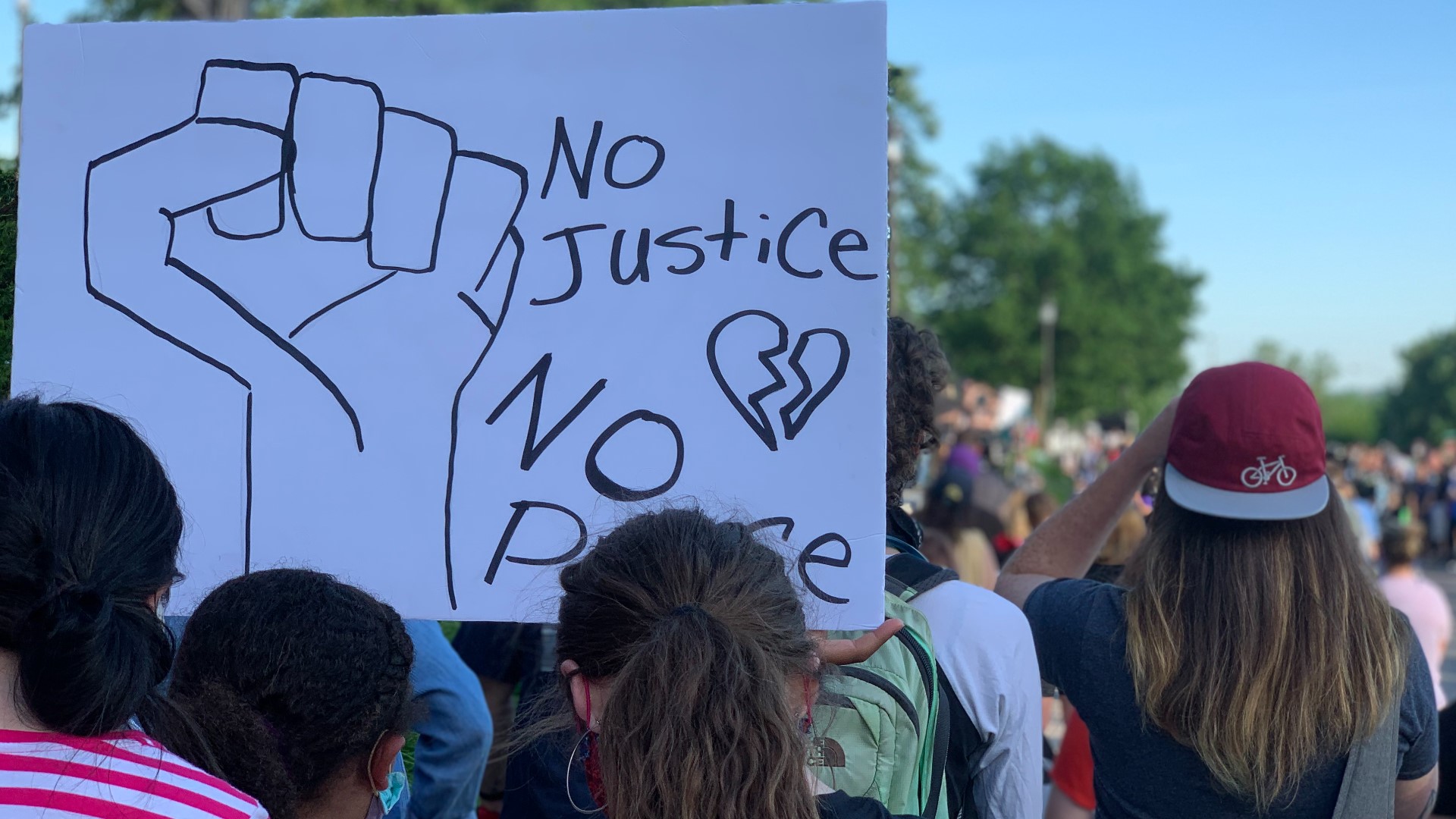 DES MOINES, Iowa — In June 2020, a historic criminal justice reform package was signed into law by Gov. Kim Reynolds while she was surrounded by lawmakers on both sides of the aisle.

The package banned most chokeholds in the state and made it more difficult for officers with a history of problematic behavior to move from one department to another.

Reynolds signed an executive order two months later that got rid of the lifetime voting ban for most felons.

"They say that justice is supposed to be blind right now; we feel like it's blind to our particular turmoils and our troubles," Womble said.

"At the end of the day, racism exists," Johnson said. "We have to acknowledge it and then we must point out the fact there are the policies that benefit from it and change them. That's what we have to do."

"In order for us to get to where we have to be, we all have to work together," Johnson said.

"People need to realize that this is not a Black thing or white thing, it's not a left thing or right thing, it's just the right thing to do," Womble said. "We have to look at this as a community and say, 'How do we make our community better? How do we make sure that we're doing those things that make it a better place to live for everyone; no matter the color of your skin, no matter your orientation. We're doing these things that make our community better.'"

Both Johnson and Womble said Iowans need to have open, and likely uncomfortable, conversations to put an end to systemic racism.

Reynolds' latest budget proposal included a plan to ban racial profiling by police, allow officers to sue people or organizations if they get hurt on the job and deny funding to local governments that defund police departments.

2day n r town hall meeting Rep. Marti Anderson, Jo Olson, Senator Janet Peterson & I was interrupted. The cowards called Marti the B word & me the N word. Marti disconnected the callers. The meeting continued. We must not give up, we must stop hate with love &expose  ignorance  pic.twitter.com/c8lal5jcA2