The council also voted to submit a pre-application to redevelop parts of Merle Hay Mall for an ice arena for the Buccaneers' hockey team. 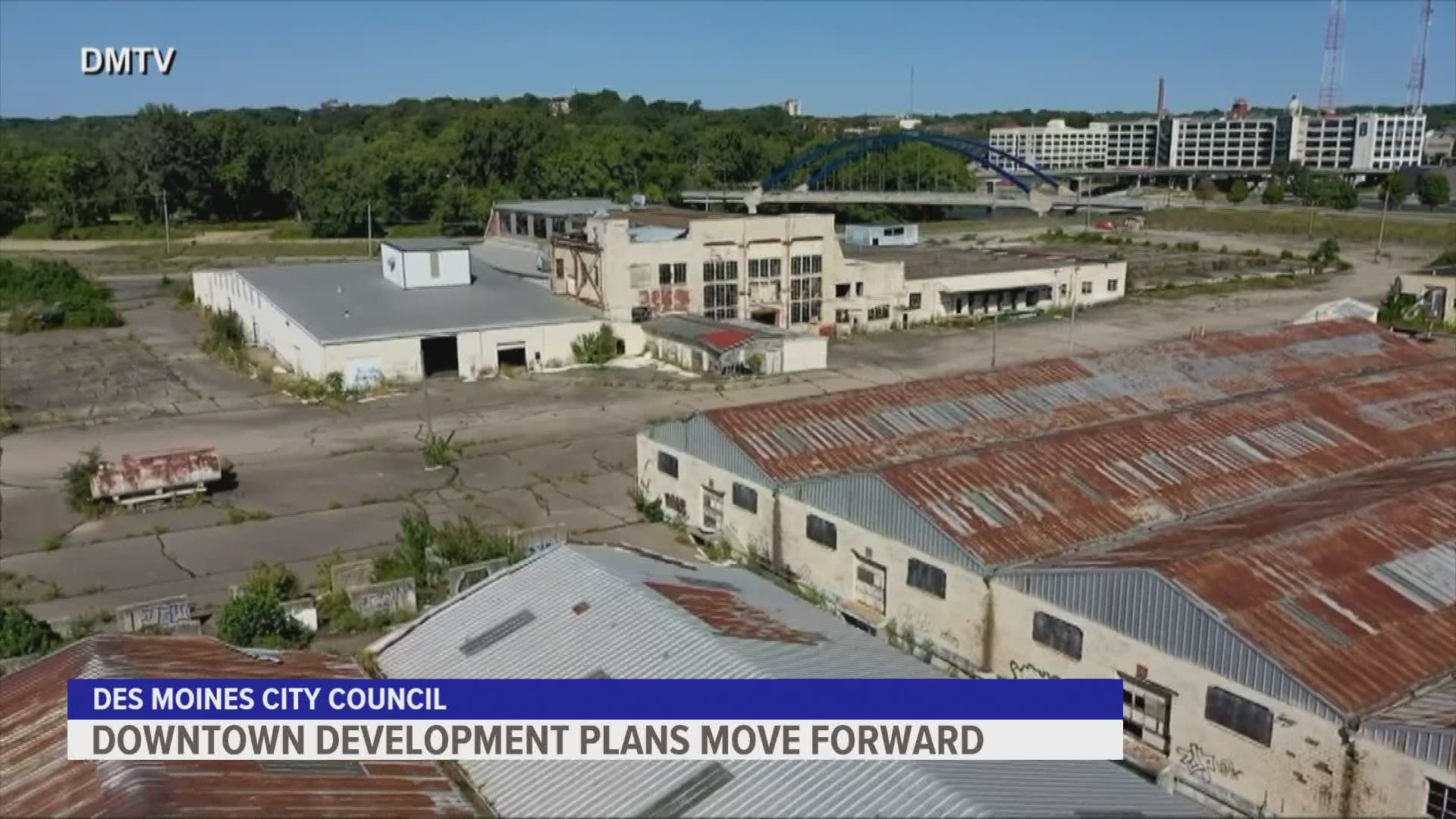 The Council also voted to approve preliminary terms to sell part of the area for an urban renewal development agreement with Krause Group.

About 60 acres of property will be redeveloped. The City seized the deed to the TCE Superfund Site in September 2020.

The Stadium District will transform the area into a "welcoming gateway into the downtown" part of Des Moines. A 6,300-seat, multi-use soccer stadium is hoped to be built in the area as well as a 150-room hotel with office buildings and a parking ramp.

"It's been a focal point for the City and a goal to get this site cleaned up and turned back into a productive use for our community," said Councilman Josh Mandelbaum. "We're finally in a position where we're gonna be getting the site cleaned up, but this proposal is really about that next step."

Mandelbaum, who called the project "a really dynamic redevelopment plan," spoke about how this plan could bring a United Soccer League (USL) team to the City.

The entire area covers about 2.1 million square feet of new or renovated building development and costs about $550 million. The development of the area is expected to be built out in 12-15 years, according to documents from the City Council.

Krause Group's intent is to serve as the Master Developer of the project. They proposed to open the first part of the phased development as early as 2022, with the stadium being completed in spring 2024.

Overall, the project could exceed $330 million. When completed, the project is expected to generate $190 million in new revenue to the City over 20 years.

The Council also voted for parts of the Merle Hay Mall to be repurposed for a new Buccaneers' arena. The original arena was severely damaged in the derecho.

The City will work with Urbandale on a resolution to do so since part of the mall is located on Urbandale land.