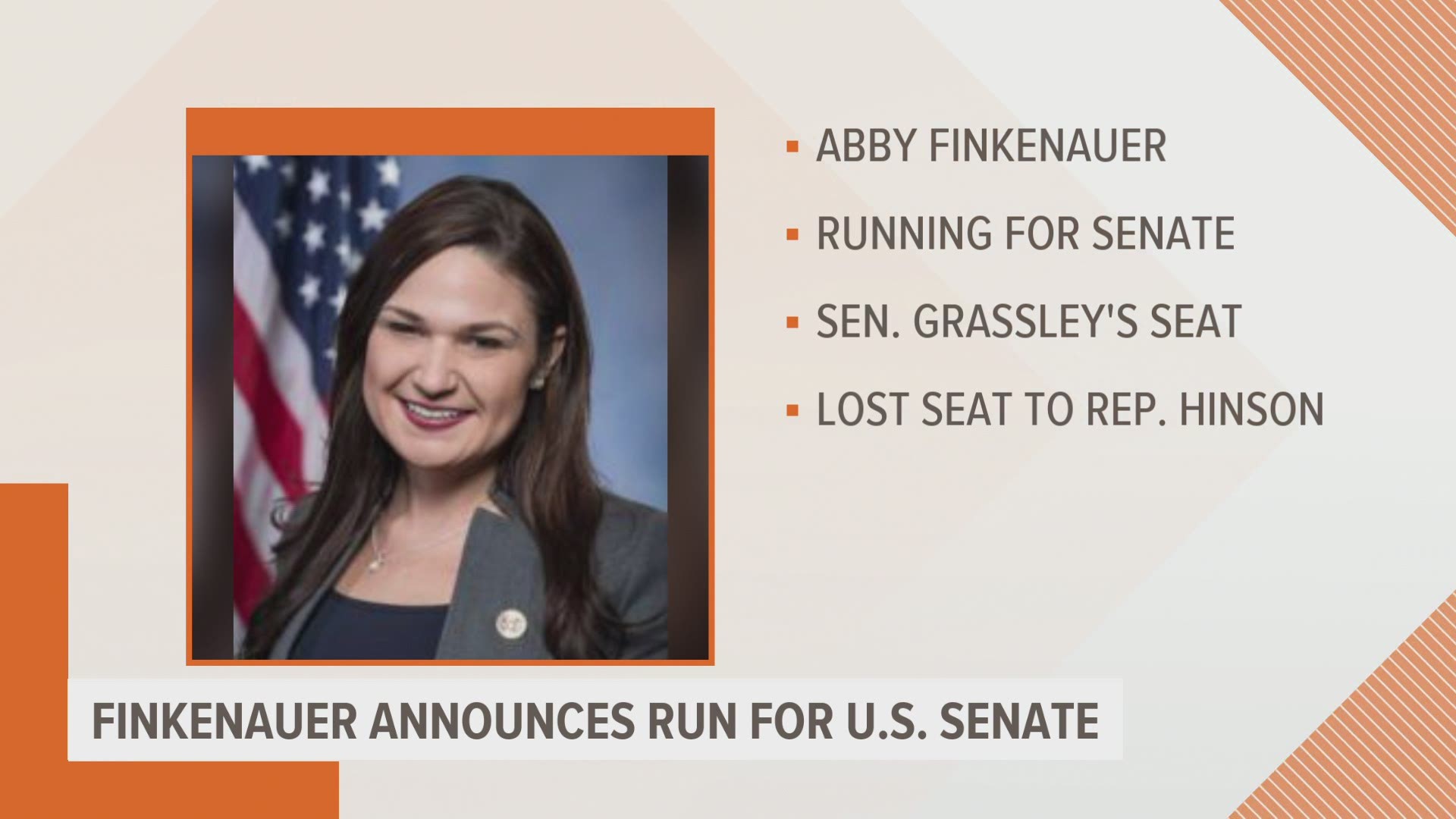 The one-term former congresswoman hopes her blue-collar credentials will propel her forward in a state that has recently grown more conservative.

Finkenauer spoke to The Associated Press about her plans before formally announcing her candidacy by video Thursday morning.

"I believe that Iowans deserve jobs that aren’t just paychecks but pay enough to build a future, health care that’s affordable, and the opportunity to succeed right here at home in Iowa," Finkenauer said.

The 32-year-old offers a stark contrast to the 87-year-old Grassley, who was elected to his first Senate term eight years before Finkenauer was born. Despite losing her House seat in 2020 after one term, Finkenauer remains a youthful prospect in the Iowa Democratic Party, which has struggled to produce a new generation for statewide office.

Grassley has not yet said whether he will run for re-election.

I'm Abby Finkenauer, and I'm running for U.S. Senate because Iowa—and our Democracy—are worth fighting for.

After 46 years in DC, @ChuckGrassley has lost touch with both.

I'm from a proud union family. We don't back down. I'm in this to win.

RELATED: 1-ON-1: Dave Muhlbauer running for US Senate