The Hardin County Board of Supervisors approved a resolution Wednesday morning making the county a Second Amendment Sanctuary. 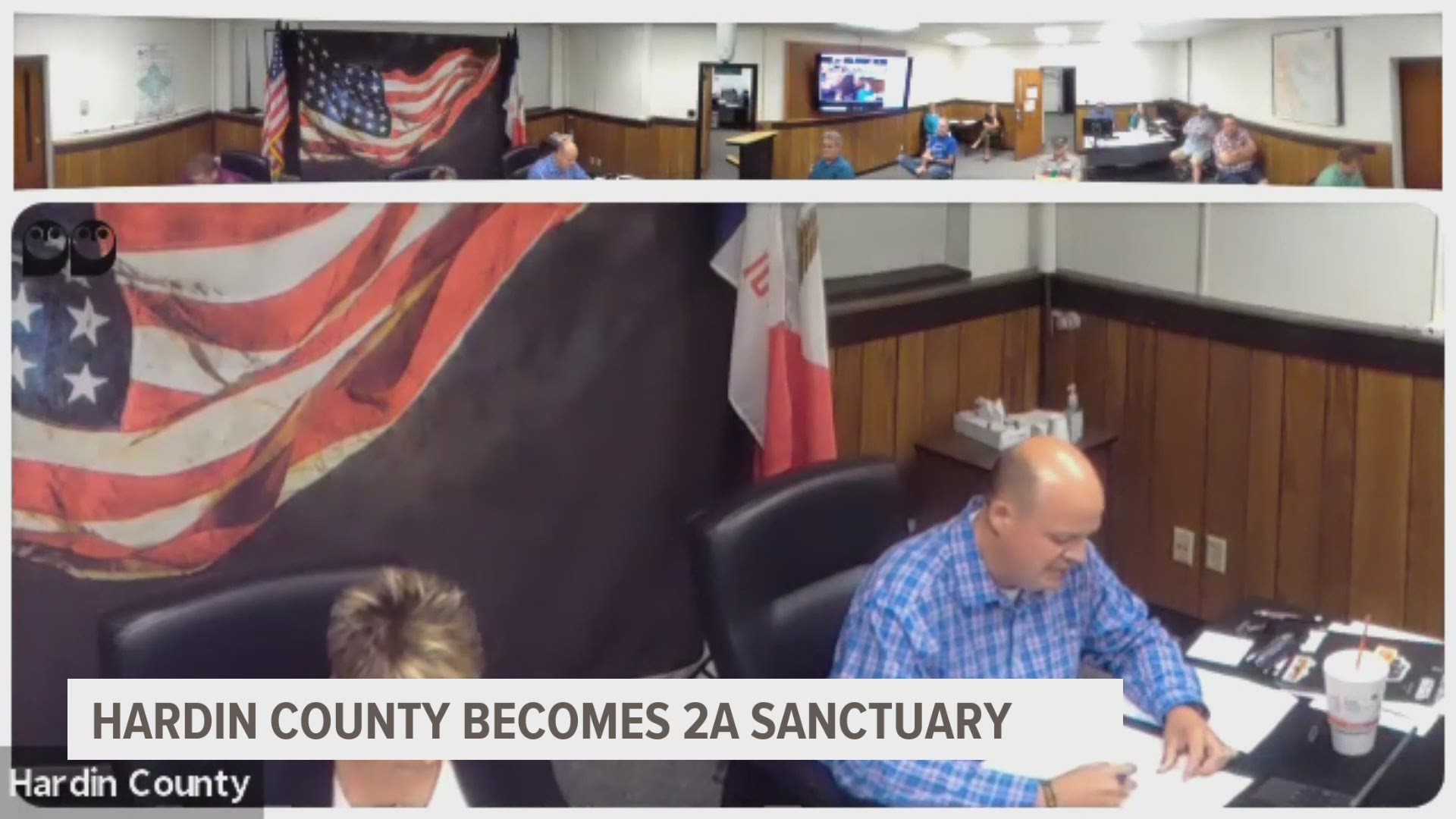 In a press release, Madison County Sheriff Jason Barnes said, "I took an oath to protect the Constitution of the United States and the State of Iowa. That includes the Second Amendment."

Madison County Attorney Matt Schultz, the previous Iowa Secretary of State, said, "I am a gun owner and I believe that it is important to send a strong message to the citizens of Madison County that their Chief Law Enforcement Officials support their right to bear arms."

Barnes and Schultz said their proposed resolution can be found at the Iowa Firearms Coalition's website. IFC is the gun rights group pushing the issue in Iowa.

In fact, both Jasper County and Hardin County lifted their resolutions word-for-word from IFC's proposed resolution. Jasper County dropped one line from IFC's, which quoted the Second Amendment of the U.S. Constitution.