According to U.S. Census data released Thursday, the biggest population gainers were the counties around Des Moines, Cedar Rapids, Davenport and Sioux City. 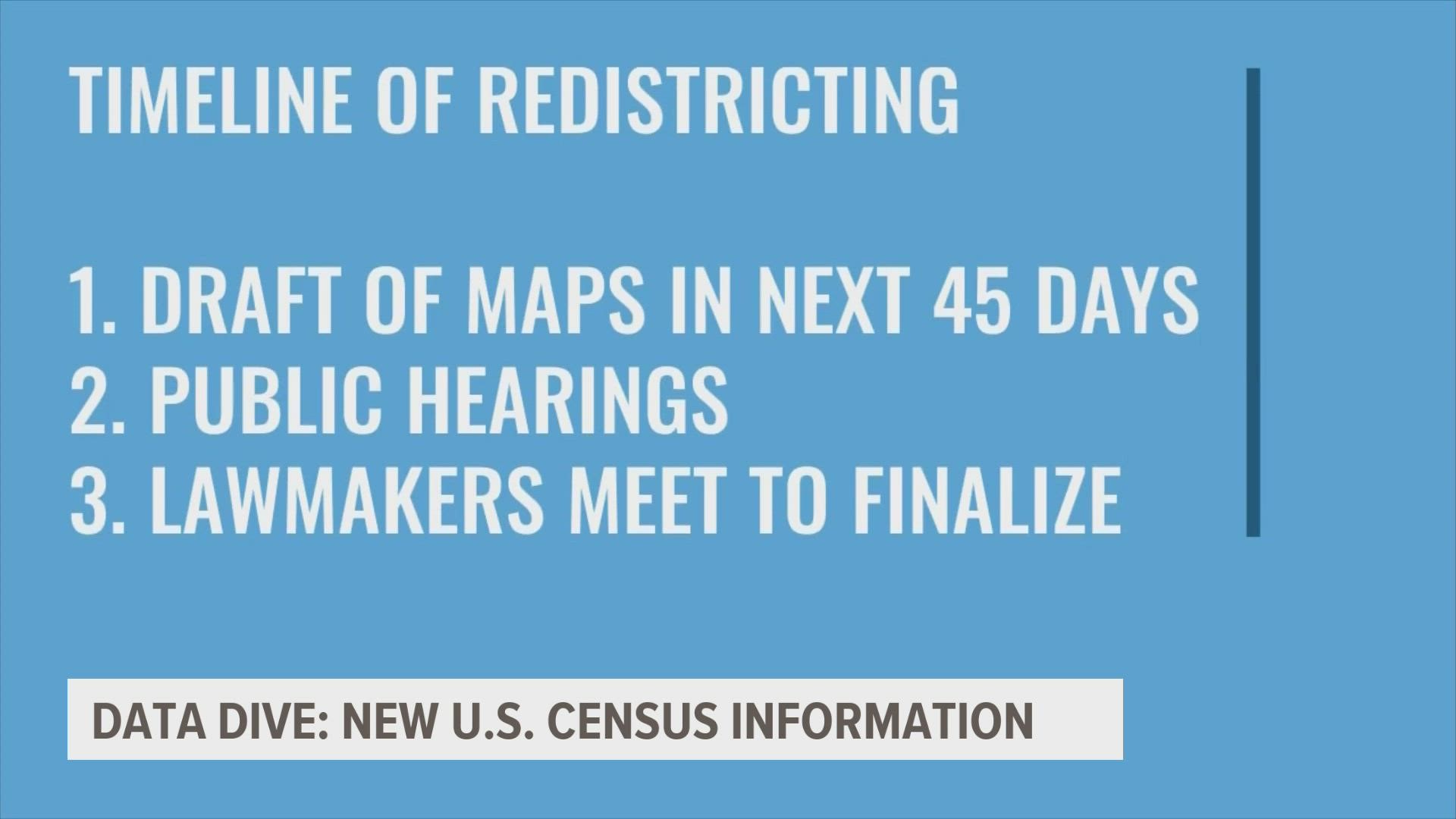 Iowa's population grew in pockets around the state’s largest cities over the past decade while 68 counties in rural areas lost population, according to U.S. Census data released Thursday.

The biggest population gainers were the counties around Des Moines in central Iowa, Cedar Rapids and Davenport in eastern Iowa, and Sioux City in the northwest.

The data shows four counties — Johnson, Polk, Warren and Story — grew by more than 10% and 26 counties increased by less than 10%. The remaining 68 counties lost population.

Iowa lawmakers will use the new data to redraw the state's political boundaries, a nonpartisan process that begins with the state's Legislative Services Agency. State law requires a first draft of proposed maps within 45 days, followed by public hearings and a report to lawmakers.

“After months of unnecessary delays, the Census Bureau has finally provided the data Iowa needs to redistrict the state,” said Iowa Senate Majority Leader Jack Whitver, an Ankeny Republican. “I look forward to following the nationally recognized, nonpartisan process established (in Iowa law) to create congressional and legislative districts for the next decade.”

RELATED: Census data used for drawing districts to be released next week

The release of the redistricting data culled from the 2020 census comes more than four months later than expected due to delays caused by the pandemic. The redistricting numbers states use for redrawing congressional and legislative districts show where white, Asian, Black and Hispanic communities grew over the past decade.

It also shows where populations have become older or younger and the number of people living in dorms, prisons and nursing homes. The data covers geographies as small as neighborhoods and as large as states. Another set of data released in April provided state population counts and showed the U.S. had 331 million residents last year, a 7.4% increase from 2010.

Watch: A closer look at the Census and what it means for American politics