Gov. Kim Reynolds signed House File 594 into law on Monday, which states that any Iowan seeking an abortion would have to wait 24 hours before the procedure is done. 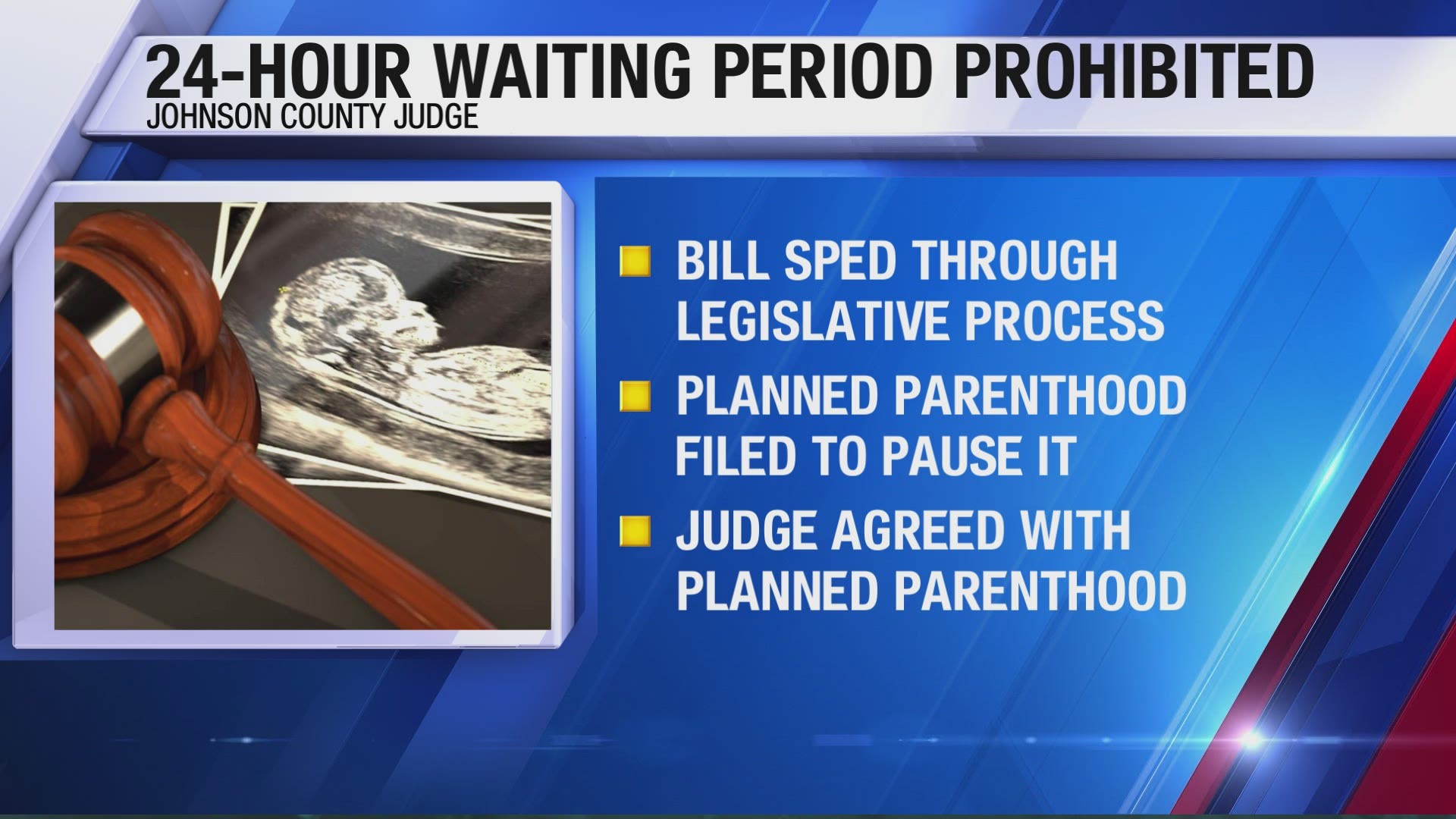 IOWA CITY, Iowa — A judge has ruled that Iowa's 24-hour wait period for abortions recently signed into law must be put on hold following a lawsuit filed by Planned Parenthood of the Heartland.

Gov. Kim Reynolds signed House File 594 into law on Monday, which states that any Iowan seeking an abortion would have to wait 24 hours before the procedure is done.

"I am proud to stand up for the sanctity of every human life,” Reynolds said in a statement. "Life is precious, life is sacred, and we can never stop fighting for it. I applaud the Iowa lawmakers who had the courage to stand strong and take action to protect the unborn child.”

Following a court hearing conducted by phone on Monday, a Johnson County judge issued a ruling Tuesday that places a pause on enforcement of the legislation after Planned Parenthood sued Reynolds and the State of Iowa.

The Iowa Supreme Court ruled in 2018 that a similar piece of legislation, that which required a 72-hour wait time for abortions, was unconstitutional.

Judge Turner's decision to issue a temporary injunction on the 2020 law means it will not go into effect until legal proceedings complete.

"If the Amendment is permitted to take effect, Petitioners will be delayed, or in some cases, entirely deprived of a fundamental right under the Constitution, and there is no legal remedy available to Petitioners under such circumstances," Judge Turner's ruling continues.

"The Court concludes that the time sensitive nature of abortion procedures supports a determination that substantial injury will result to Petitioners' patients if temporary injunctive relief is not granted." 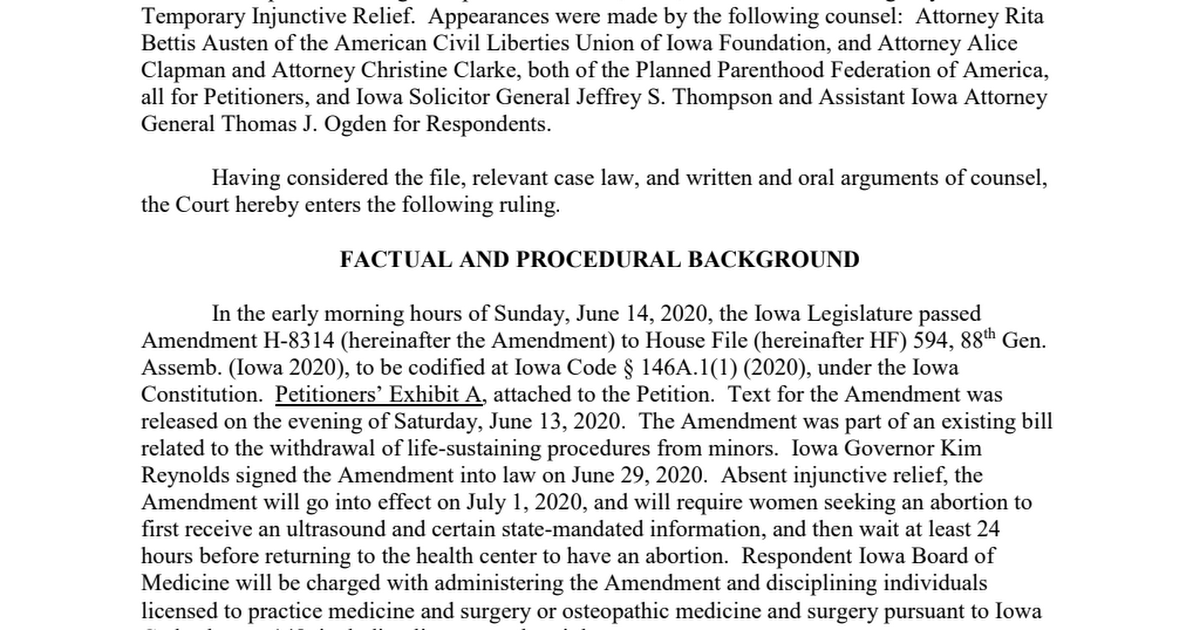