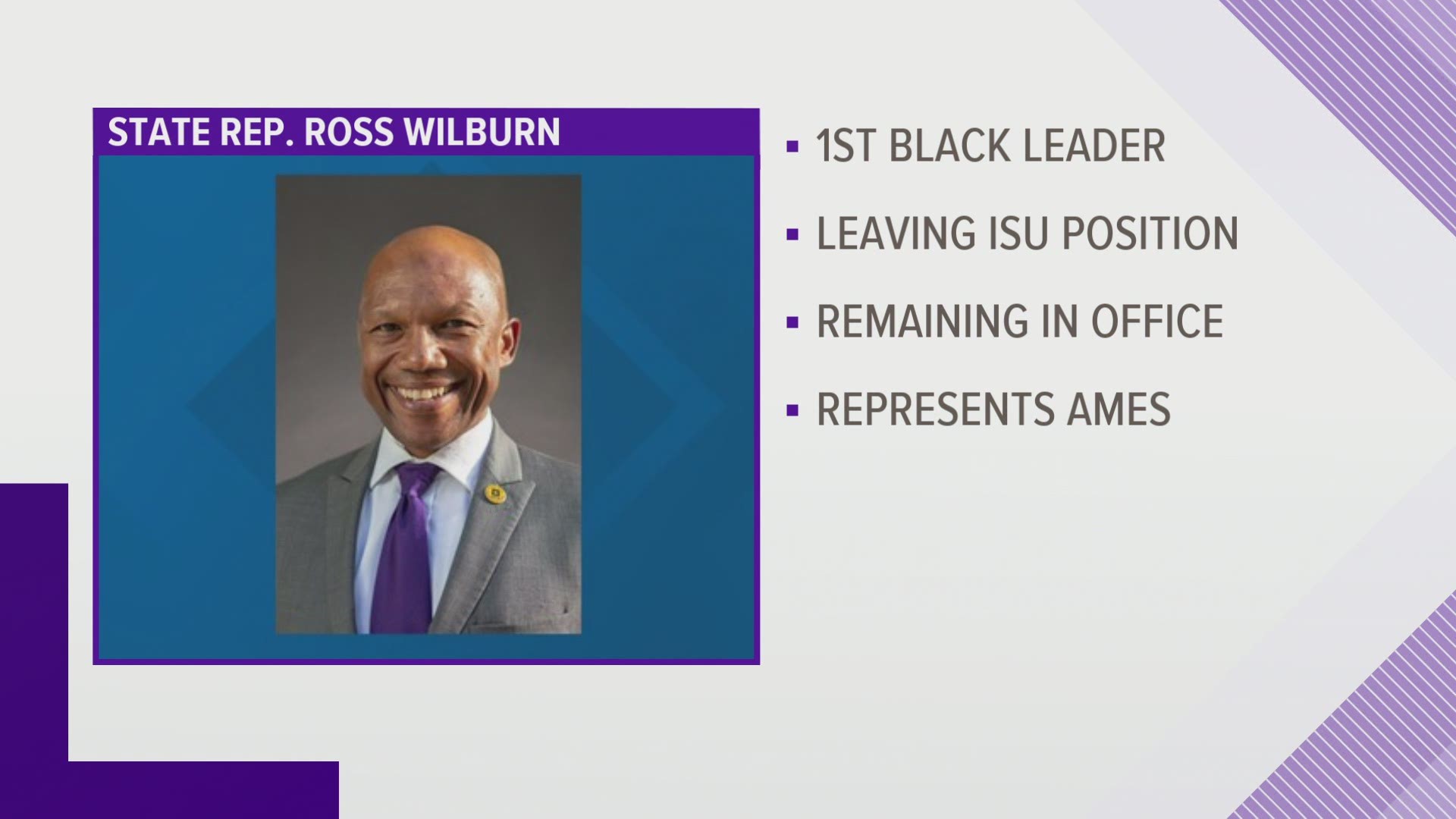 Wilburn, 56, represents central story county in the Iowa House. He works for Iowa State University as associate director for community economic development and diversity officer in the school’s extension service. Wilburn said he plans to resign from ISU and take a salary from the Iowa Democratic Party.

“We must engage more Iowans – especially working class, rural and others,” Wilburn said in accepting the nomination. “Our polices must work for them. We will focus our messaging so that people will know what it means to be a Democrat.”

The new party chair plans to remain in the Iowa Legislature; voters elected him to a second term in November. He ran unsuccessfully for the Democratic nomination for governor in 2017.

Wilburn was borne in Galesburg, Illinois, and grew up in the Davenport area; he graduated from Davenport Central High School in 1982.

He has served as a city councilman and mayor of Iowa City. Wilburn earned his master’s degree in social work from the University of Iowa. Work experience includes graduate program director for U of I for the Quad Cities and director of equity for Iowa City schools.

Wilburn is a certified group fitness instructor and teaches spin classes and bicycle interval training. He plays the clarinet, guitar and saxophone.