The Buttigieg and Sanders campaigns requested the numbers from a total of 24 precincts be recounted after recanvassing was completed. 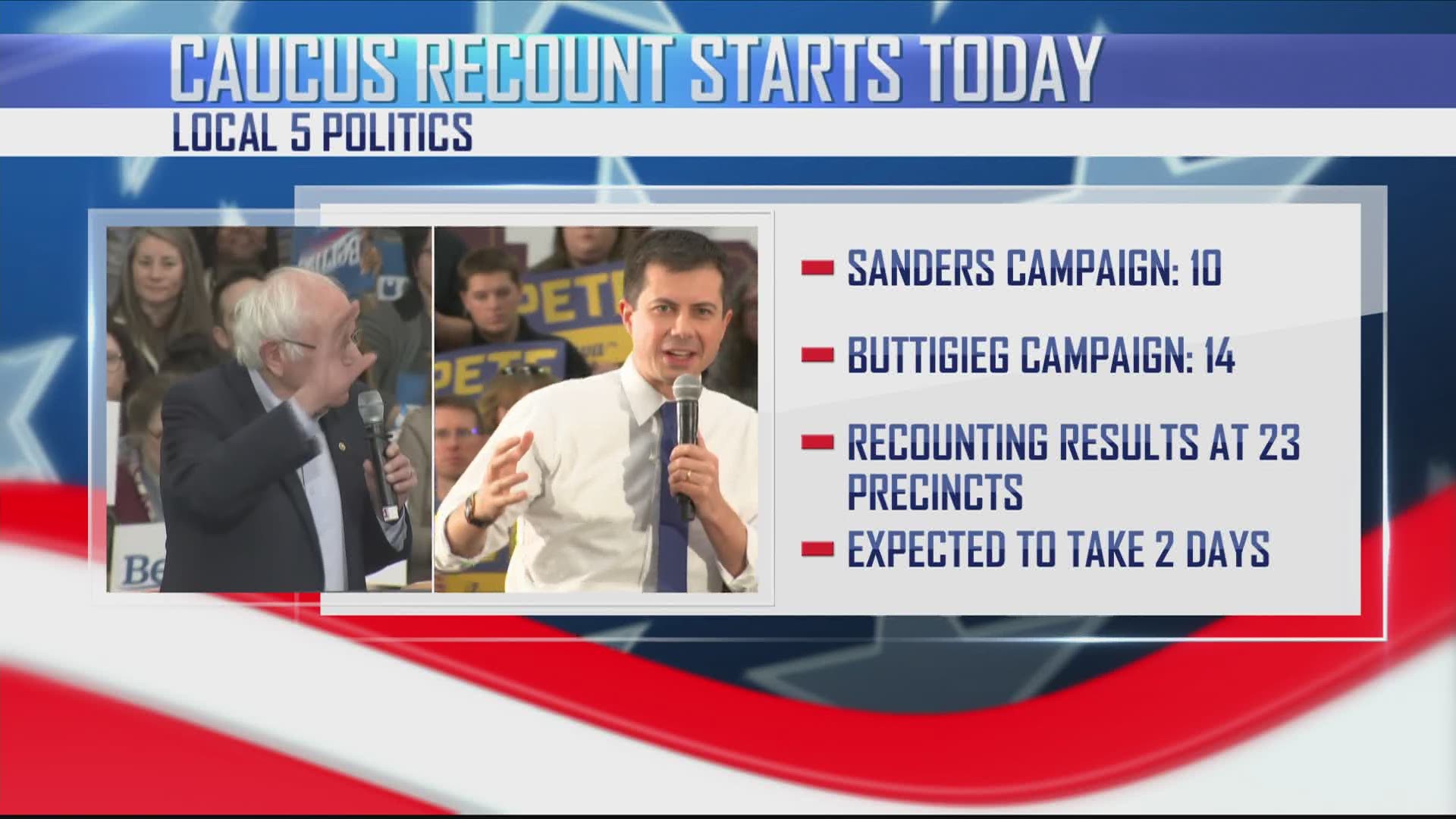 DES MOINES, Iowa — The Caucus saga continues, as the Iowa Democratic Party has now begun the recount to determine the results once and for all.

The recount is expected to take two days.

Buttigieg and Sanders are neck and neck with each other in terms of state delegate equivalents, being separated by just 0.08 STE's, according to the IDP.  Buttigieg took home 14 national delegates, while Sanders got 12.

It's been over three weeks since Caucus night - and two other states have had their primary/caucus since then.  Super Tuesday, in which 15 states and territories will make their voices heard, is one week from today.