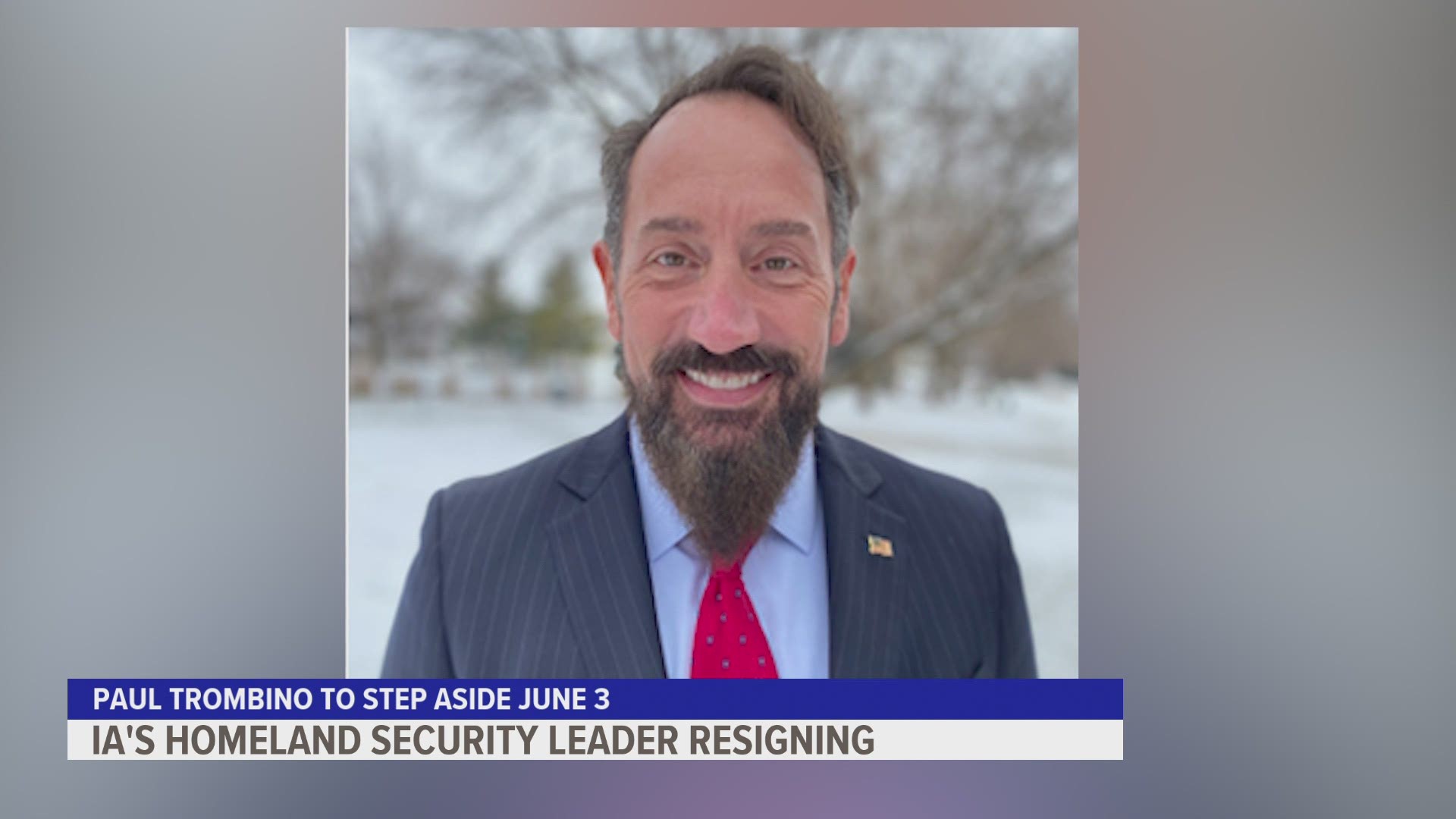 DES MOINES, Iowa — Iowa's director of Homeland Security and Emergency Management will leave his position on June 3, four months after he was appointed by Gov. Kim Reynolds.

Director Paul Trombino was appointed on Jan. 22, according to the department's website. He also currently serves as Iowa's Homeland Security Advisor.

According to Reynolds' office, Trombino is leaving the position "to pursue other opportunities."

“From devastating floods in 2019 to the 2020 global pandemic, Paul has worked around the clock to coordinate Iowa’s emergency response,” Reynolds said in a press release. “I appreciate his willingness to challenge the status quo to improve efficiency and functionality in state government. I am excited for him as he pursues his next opportunity.”

Reynolds' office said an interim director will be named at a later date.

Today, Gov. Reynolds accepted the resignation of Paul Trombino, director of Iowa HSEMD. His resignation is effective June 3. He is leaving his position to pursue other opportunities. An interim director will be named at a later date. pic.twitter.com/riCKr94b0R

Trombino previously served as Chief Operating Officer for the state of Iowa from 2019-2021 and interim director of the Iowa Department of Administrative Services from 2020-2021.

From 2017-2019, Trombino served as president of a professional services company focusing on civil engineering, planning and economic development. That job allowed him to serve clients and work on projects across 40 states.

Before that, Trombino served Iowa as director of the Iowa Department of Transportation from 2011-2016. From 2015-2016, he was the president of the American Association of State Highway Transportation Officials.

In 2016, he was vice-chair for the Executive Committee of the Transporation Research Board - National Academies of Sciences, Engineering and Medicine.