What Iowa's early voting bill could mean for future elections 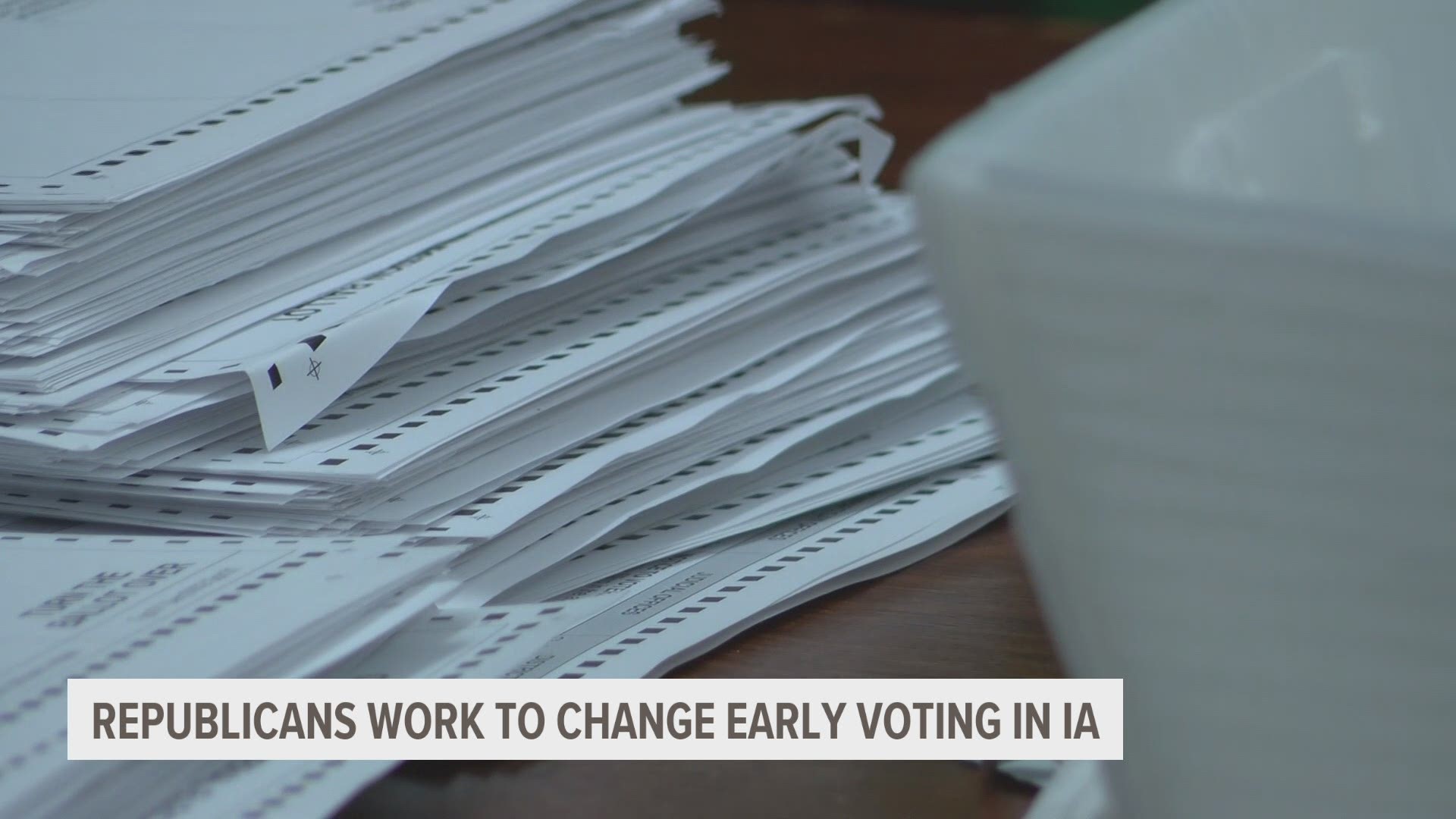 DES MOINES, Iowa — Iowans are making sure their voices are heard at the state's first public hearing of the legislative session Monday evening, and it's all about their right to vote.

At last count, more than 500 Iowans have submitted public comments on House File 590, the overwhelming majority of them in opposition to the legislation.

The early voting period would be limited to 18 days, compared to the state's current 29 days. The American Civil Liberties Union (ACLU) of Iowa told Local 5 it would be one of the shortest timeframes to vote in the country.

The bill would also ban anyone other than the individual voter from returning an absentee ballot. County auditors would not be able to send absentee ballot request forms to eligible voters.

Satellite early voting locations would be removed under this bill unless at least 100 voters assembled a petition to have one. The ACLU said this could make it more difficult for individuals with disabilities, those without access to transportation and the elderly to vote.

Iowa Republicans who support the bill said they just want to make sure the state's elections are secure and constitutional.

Nearly two million Iowans voted in the 2020 general election, and more than a million of those votes were cast by early voting or by mail.

Many supporters of former President Donald Trump insisted there were instances of voter fraud in the election. However, there is no evidence to support these claims.

Meanwhile, those against the bill said it makes it harder for Iowans to cast their vote.

"This is concerning because early voting, absentee ballots, and satellite voting make it easier for people to vote. There is absolutely no evidence that they encourage any fraud," ACLU of Iowa Executive Director Mark Stringer said. "Meanwhile, study after study does produce evidence that voter fraud is an almost non-existent problem in our country and our state."

Jasper County Auditor Dennis Parrot told Local 5's Lakyn McGee that there is a big part of the bill being overlooked— it gives more authority to the secretary of state and would take power away from county auditors.

Parrott said this could allow more access to voter fraud.

"Long-term, it's going to cost Iowa, one of these days, if we centralize elections," Parrott said.

Parrott said he wants auditors to have enough time for the whole ballot request process, which includes receiving a voter's request, mailing the ballot to the voter and the voter sending it back.

Parrott said the proposed 18 days is enough time, but it shouldn't be any shorter than that.

In November, Jasper County officials had to recount 11,000 ballots due to a human error. But Parrott said he doesn't believe this bill is targeting his county.

"I don't know that we're being targeted. I would just hope that the legislature would not do anything on a personal basis," Parrott said.

Parrott said making the changes the bill proposes could be dangerous to Iowa's election system.

Local 5 reached out to Secretary of State Paul Pate about the matter. His office said his goal is to make it easy to vote but hard to cheat.