The bill would significantly limit early voting and voting by mail. It also threatens county auditors with criminal charges if they depart from state guidance. 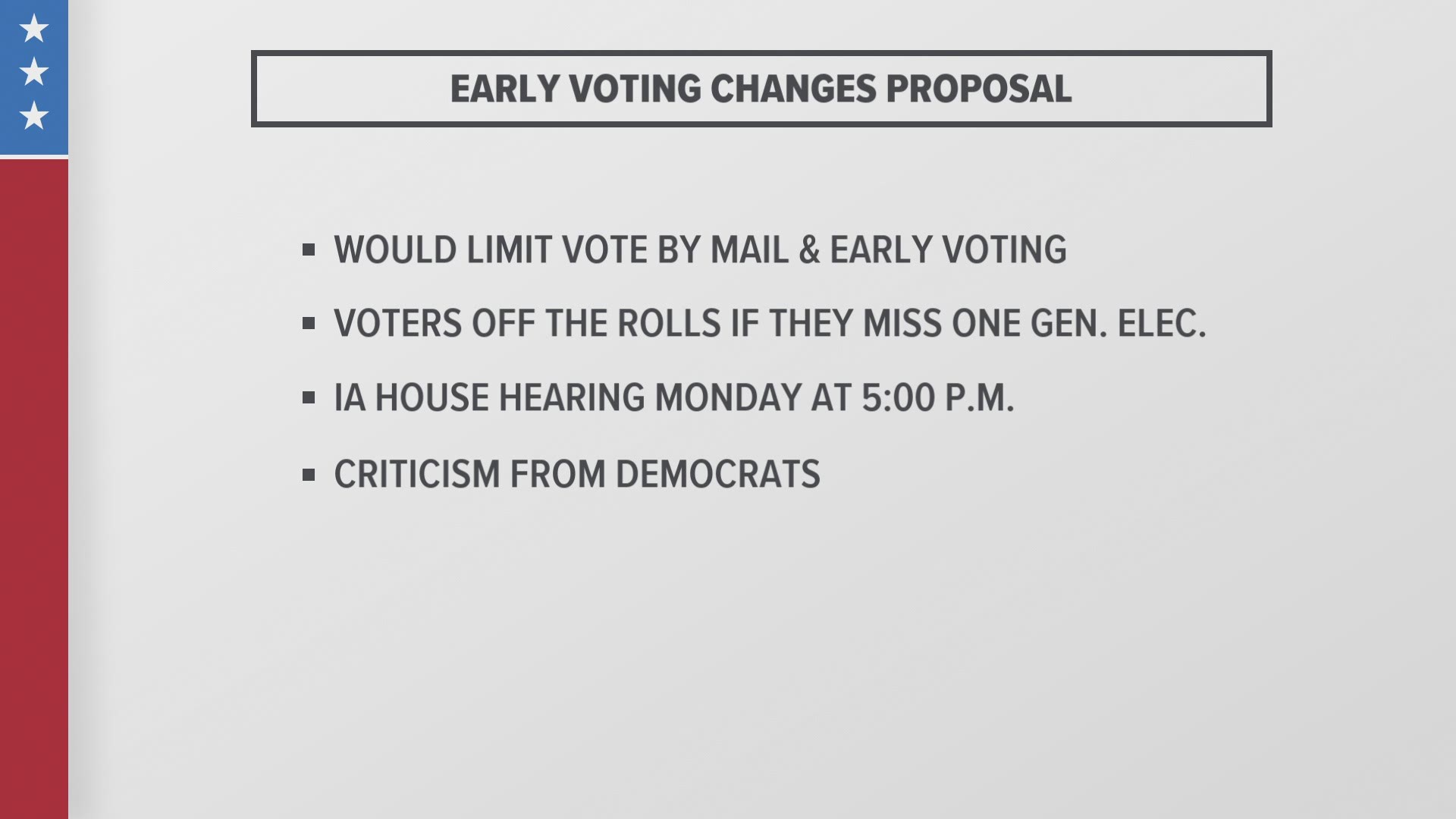 DES MOINES, Iowa — House and Senate committees have passed an election bill that would significantly limit voting by mail and early voting, threaten criminal charges against county auditors who depart from state election guidance and remove voters from the active voter rolls if they miss one general election.

The quick action Thursday with only Republican votes makes the similar House and Senate versions of the bill eligible for floor debate as early as next week.

The House is planning a public hearing on the measure at 5 p.m. Monday.

A Senate Democrat called it disgusting and an attack on democracy.

Republicans deny it suppresses votes and say it improves election security and integrity even though no problems have been raised in Iowa in recent elections.