HF2647 passed unanimously through the Iowa Legislature on Thursday night. 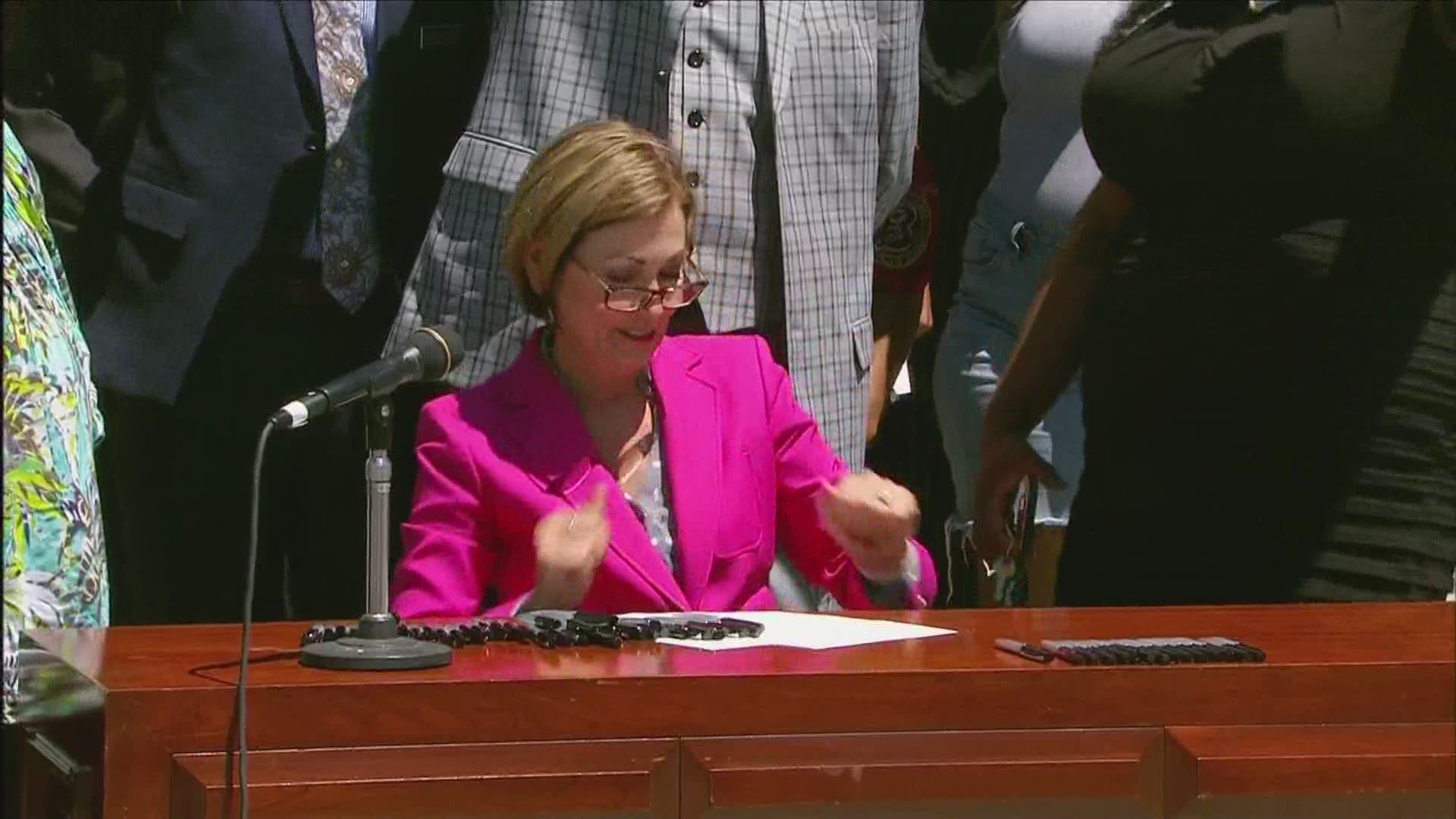 DES MOINES, Iowa — After passing through the Legislature unanimously Thursday night, a bill to enact criminal justice reform in Iowa will be signed into law by Gov. Kim Reynolds.

"It's simply gut-wrenching to hear the feelings of fear that so many people of color experience on a day-to-day basis and the sense they have that justice is not applied equally or fairly," Reynolds said.

"This bill is a loud and resounding signal from the people of Iowa and its leaders that we are ready and willing to act."

Activists stood behind Reynolds during the signing, chanting "Black Lives Matter" and "Let them vote."

The Des Moines chapter of Black Lives Matter said Friday they met with Reynolds, "urging her to sign an executive order to restore voting rights to all Iowans." 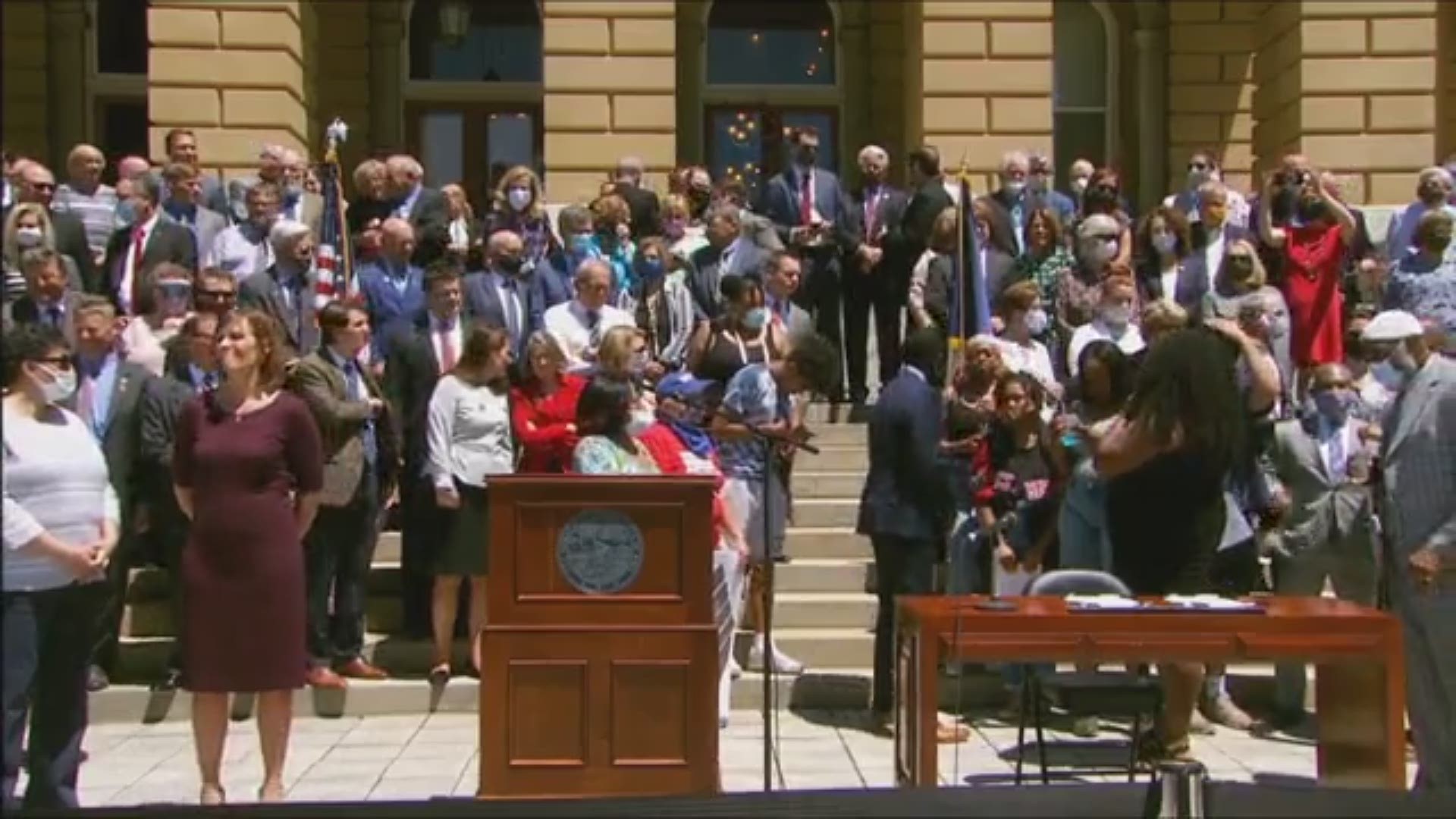 RELATED: Iowa police departments explain what it takes to become an officer