"When the winds had finished raging and the cleanup had only begun, he showed up," Reynolds said of President Trump's derecho response. 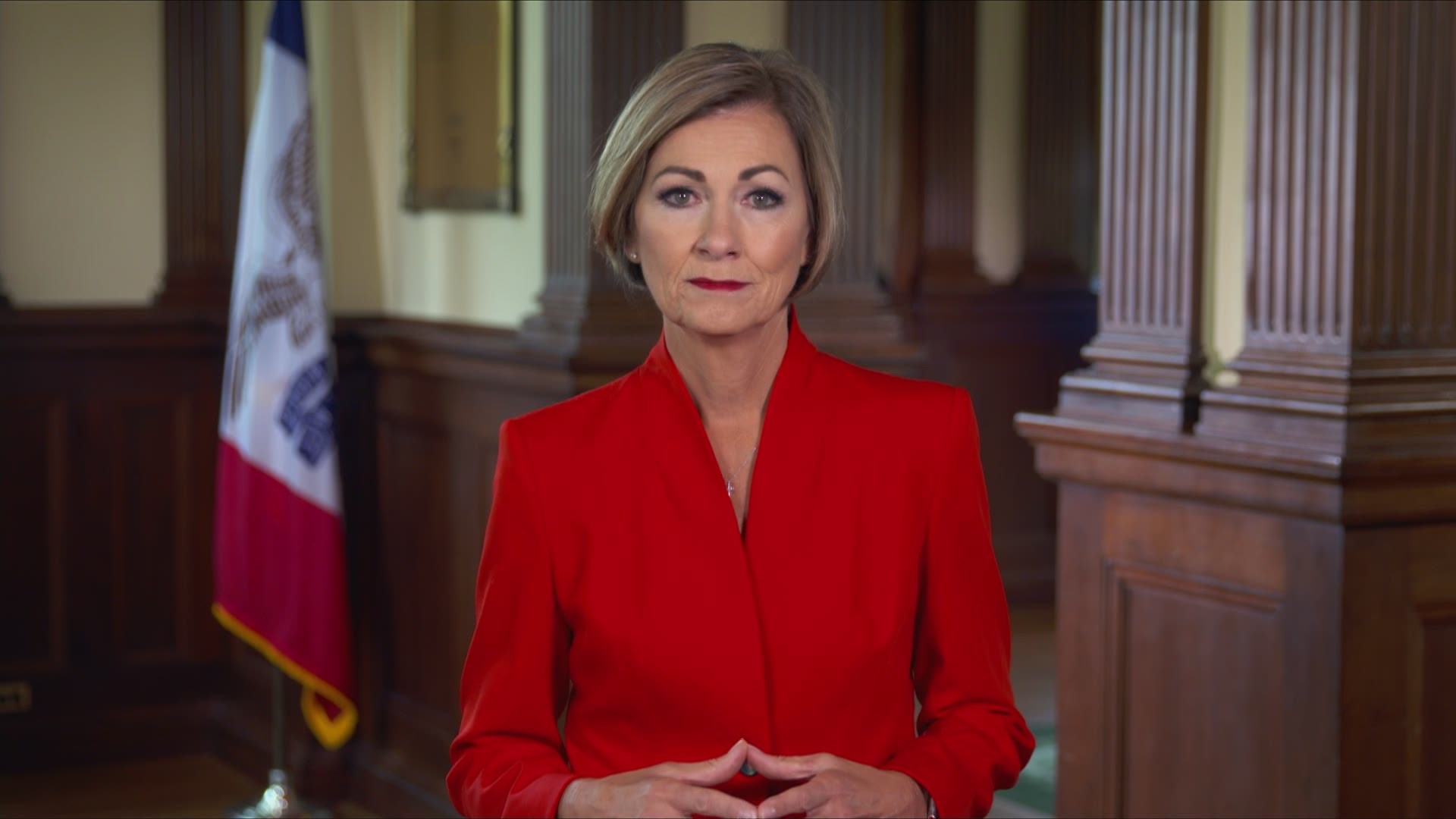 The following are the full remarks from Iowa Governor Kim Reynolds on the second night of the 2020 Republican National Convention. This transcript was provided by the Kim Reynolds for Iowa Committee.

I'm Kim Reynolds, governor of the great state of Iowa.

I love this state and am so proud to serve its people. Iowa truly is a land of opportunity.

It's the birthplace of the computer; it’s a landmark of the financial-services industry. And as so many of you already know, it’s filled with farmland that feeds and fuels the world.

It's also home to people who care for one another, who work hard, who love this Country and are truly grateful for the freedoms it provides.

As I like to say, Iowa is one big, small town. Neighbor helping neighbor is in our DNA. From the sick farmer who can’t harvest his crops to the single mom who loses her job and is struggling to get back on her feet, the town -- the community -- helps them get through it.

That happened, just two weeks ago. A storm called a derecho, with hurricane-force winds of up to 140 miles per hour, wiped out millions of acres of crops, left thousands without power. Destroyed homes. Wrecked lives, and left devastation in its wake.

It was the worst storm in our state’s history.

And Iowans did what you expect Iowans to do. They helped each other. They took care of each other. And they still are.

But someone else also had our back: Our president.

When the winds had finished raging and the cleanup had only begun, he showed up. You might not know, because the national media didn’t report it. But the Trump administration was here. In full force.

The day after the storm, the president called to assure me that we had the full backing of the federal government.

Later that week, Vice President Pence came to Iowa to again assure us that the President and his administration were behind us.

With the help of the Trump Administration, we quickly received a major disaster declaration that will help Iowans get back on their feet. The President cut through the bureaucracy to do what needed to be done, and to do it quickly.

But that’s not the first time President Trump showed Iowans that we can rely on him.

In 2019, when 100-year floods breached nearly all levees and devastated communities large and small along the Missouri River in Iowa, Nebraska and Missouri, the President approved our request for aid in record time -- two days. Well this year, he did it in less than 24 hours.

Whether it’s providing needed relief to farmers who were the target of  China’s unfair trade practices, hammering out new free -- and fair -- trade deals, or fighting for workers and small businesses who were hit hard by COVID-19, we have a President and an Administration who gets things done.

And because of President Trump and his leadership, our country is able show resolve through adversity, and see opportunity grow and thrive.

This is an administration of action and outcomes. They are delivering every day on their promise to make America great again. And that’s exactly why we need to re-elect President Trump in November.

Thank you. And may God bless the United States of America.