Iowa Catholic clergy members who victimized children years ago cannot be criminally prosecuted despite a new state law passed in May. 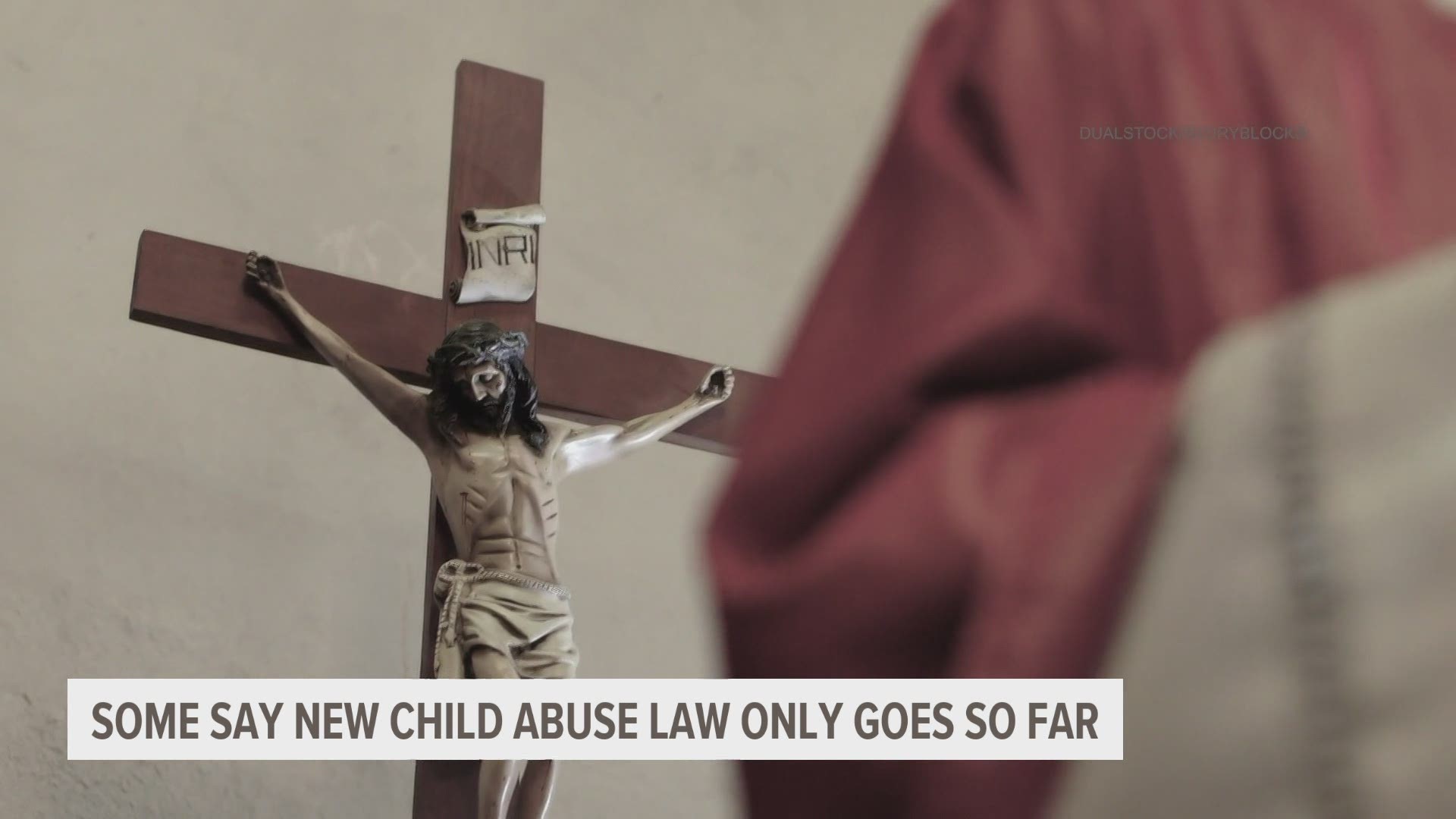 DES MOINES, Iowa — The Catholic clergy members who victimized Iowa children years ago cannot be criminally prosecuted despite the changes to the statute of limitations passed in May.

The amended law eliminates the statute of limitations for child sex abuse— but not for those born before 1986.

Under the old law, those sexually abused as children had 15 years after turning 18 to press charges.

The new law changed that expiration date, allowing survivors of child sex abuse born after 1986 to come forward and seek prosecution at any time.

The new law only affects the statute of limitations for criminal charges, not civil.

“We find enough corroborating evidence and have enough to file prosecutors can still do that, instead of saying, ‘I have enough evidence to file this, but I’ve been barred by that statute of limitations and therefore I can’t,’” explained Jessica Reynolds, executive director of the Iowa Counties Attorney Association.

If you are sexually abused when you're 18 or older, the statute of limitations still applies. You only have 10 years to come forward for the prosecution to proceed.

Matty Tate-Smith, a spokesperson for the Iowa Coalition Against Sexual Assault (CASA), said he was surprised to see how little was done to support the survivors who came forward in the Attorney General's report.

“One of the most important things is making sure that these victims and these people that come forward are connected to victim advocacy programs," Tate-Smith said. "They can help them get through this and provide support counseling and resources.”

RELATED: Iowa removes statute of limitations for child sex abuse, becoming 14th state to do so

“The loophole protects school employees, counselors, and therapists," Petersen said. "If you are abused by any of them you only have 5 years to leave the school or end your counseling or therapy to seek civil damages."

For example, a 5-year-old that was sexually abused by their teacher only has until they are 10 years old to bring attention to it before they legally can't.

Survivors Network of those Abused by Priests is a national support group for anyone abused by religious and institutional leaders. Toll-free support is offered at 1-877-762-7432.