The three kids who run Crazy Lemonade operate the stand from around 10 a.m. to 5 or 6 p.m. 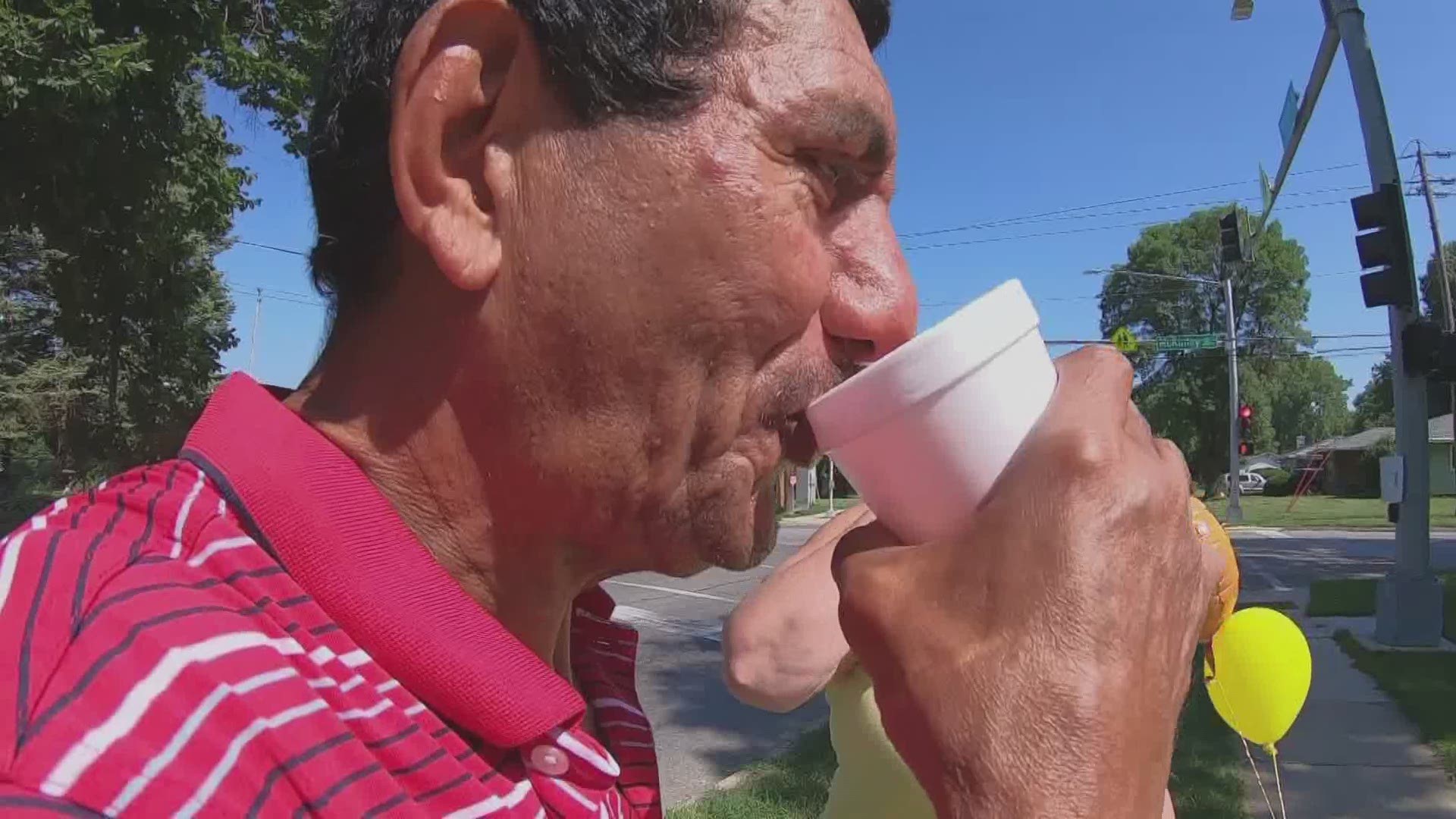 DES MOINES, Iowa — Did you know that prior to July 2020, it was illegal for kids in Iowa to have a lemonade stand?

But that is no longer the case.

House File 2238 passed through the Iowa Legislature this past session and was signed into law by Gov. Kim Reynolds on June 25.

The legislation reads: "A municipal corporation or regulatory authority shall not adopt or enforce an ordinance or rule that requires a license, permit, or fee to sell or otherwise distribute food at a stand operated by a minor."

"I think it's pretty cool how they made it so we can sell lemonade because it gives us something to do when we are out of school," said Kayden, one of three kids running Crazy Lemonade.

Kayden runs the stand with Jayden and DeMetrio.

The kids told Local 5 they started the lemonade stand because they recently bought scooters and wanted money to buy different parts for them.

"I think it's awesome. It's better than them being inside playing video games all day," Meaghan Franzenburg, Kayden's mother, explained. "Even though it's hot, it gives them some money. It gives them some spending money."

If you are looking to quench your thirst with Crazy Lemonade, you can find them at the corner of SW 14th Street and McKinley Avenue in Des Moines.