Tax on tobacco products like glassware passes Iowa Senate, but could be lowered in House version

Senate File 363 approved taxing glass pipes at 40% in February. However, House members have proposed lowering the tax to 20%. 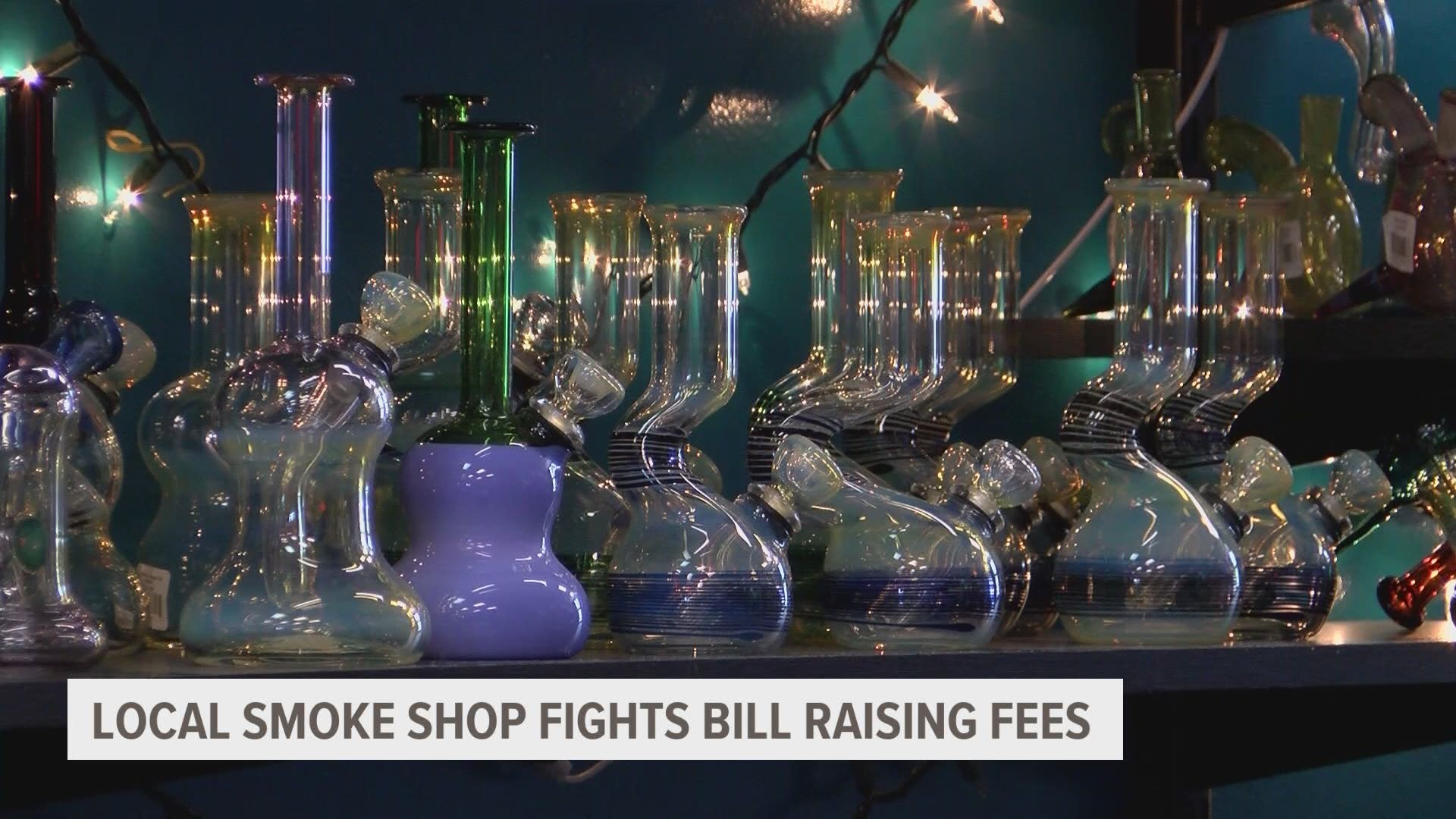 DES MOINES, Iowa — A bill in the Iowa House that could increase sales tax on glass pipes used to smoke combustion tobacco and hemp is being reevaluated.

Senate File 363 approved taxing glass pipes at 40% in February. However, House, members have proposed lowering the tax to 20%.

"We’re obviously not going to be able to eat the full tax on the backside," explained Zerron Horton, the owner of Unkl Ruckus's Smoke Emporium and Skate Shop. "So we’re going to have to pass at least a portion of that, if not all of it, on to the consumer."

The bill would also force retailers to renew a permit of $1,500 every year in order to sell. If they want to mail their products to customers, that's another annual permit of $1,500.

Additionally, anyone under the age of 21 cannot be in the same room as the glassware.

RELATED: Grocery stores could opt-out of accepting bottle and can returns under proposed bill

Nearly 3,500 people signed a petition to stop the bill from becoming law.

“Maybe only 3,500 signed it, but I think the voices of those 3,500 reached farther than we expected it to," Horton said.

Rep. Carter Nordman, R-Adel told Local 5 the bill could be voted on in the next week.

Sen. Dan Dawson, R-Council Bluffs initiated the bill but did not return a request for comment.