A bill in Iowa would allow residents to carry firearms without a permit, while two bills on the federal level would strengthen background checks. 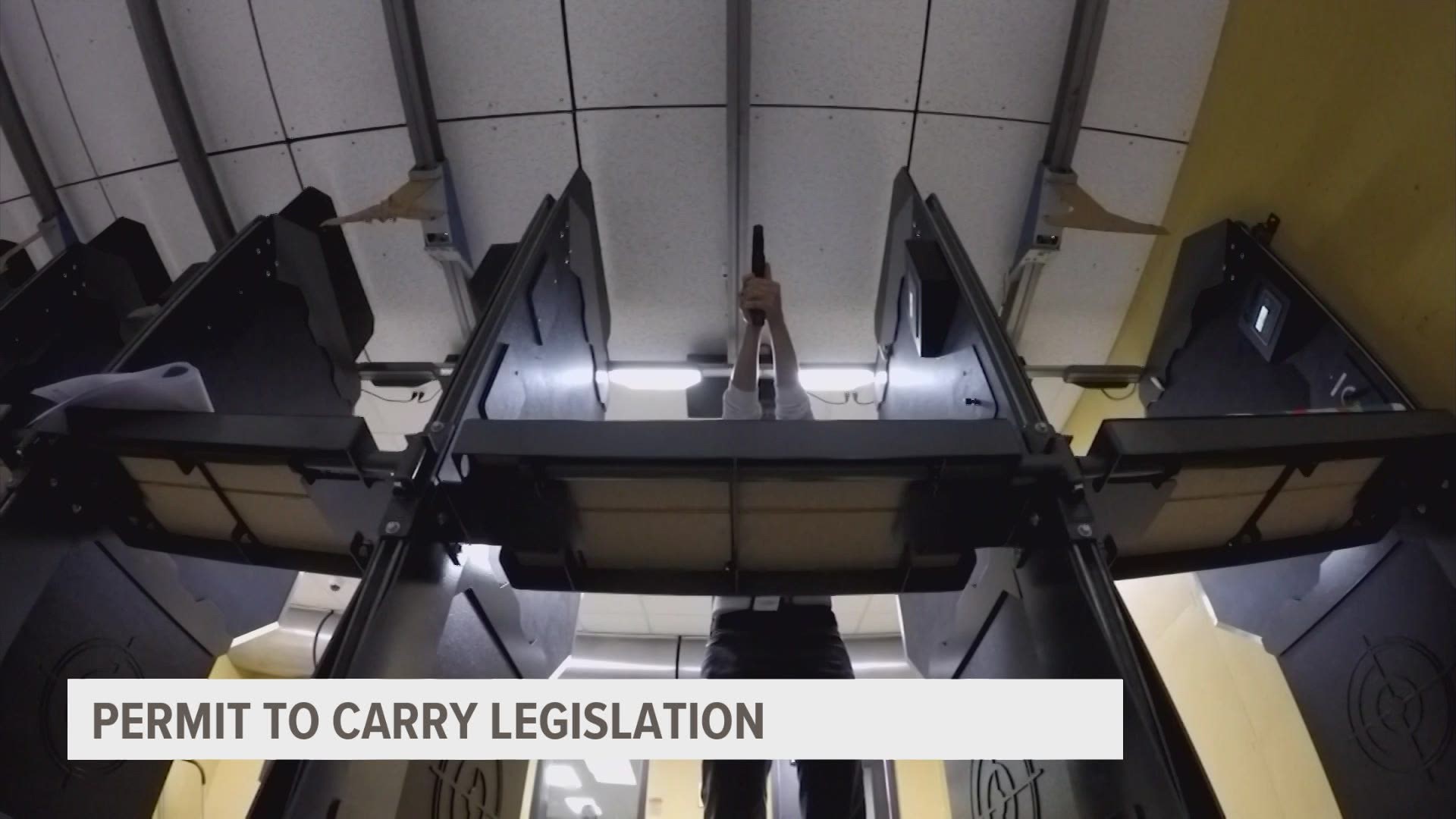 DES MOINES, Iowa — It's a divisive issue taking center stage once again in the wake of this week's shooting in Boulder, Colo. and last week's shootings in Atlanta.

[I] urge my colleagues in the House and Senate to act," he said. "We can ban assault weapons and high-capacity magazines."

"I've been pretty clear that when we're talking about gun violence, we need to take a holistic approach," she said. "There's not a single answer."

Local 5 asked two Iowans familiar with the subject to weigh in on a several issues, including a bill at the statehouse that would remove the permit requirement to carry a firearm.

"The system seems to be working fine, according to people I've talked to in law enforcement. So this bill seems almost to be a solution in search of a problem," said Janet Carl, a former Iowa state legislator who is now on the legislative committee for Iowans for Gun Safety.

"That good and bad answer has to do with the perspective from which you answer it from," CrossRoads Shooting Sports General Manager Tom Hudson said. "Constitutionally, it's a good thing that we're removing the barrier to exercise your right."

Meanwhile in Washington, two bills passed through the House of Representatives to strengthen background checks for gun purchases.

"Jurisdictions around the country that have the strictest gun legislation ... Chicago and Cook County is a good a good example is where we actually have some of the highest crime with firearms in the country," Hudson said. "So you can't legislate somebody's evil intent."

While these two perspective differ, there seems to be agreement that legislation can help.

"Take time to really learn and become educated, to become informed, to then try to find good, solid pieces of legislation or take action items that would move the needle," Hudson concluded.

Carl added, "We stir around and do a little bit or talk about doing a little bit and then the incident dies away, so to speak, from our memory and nothing happens."