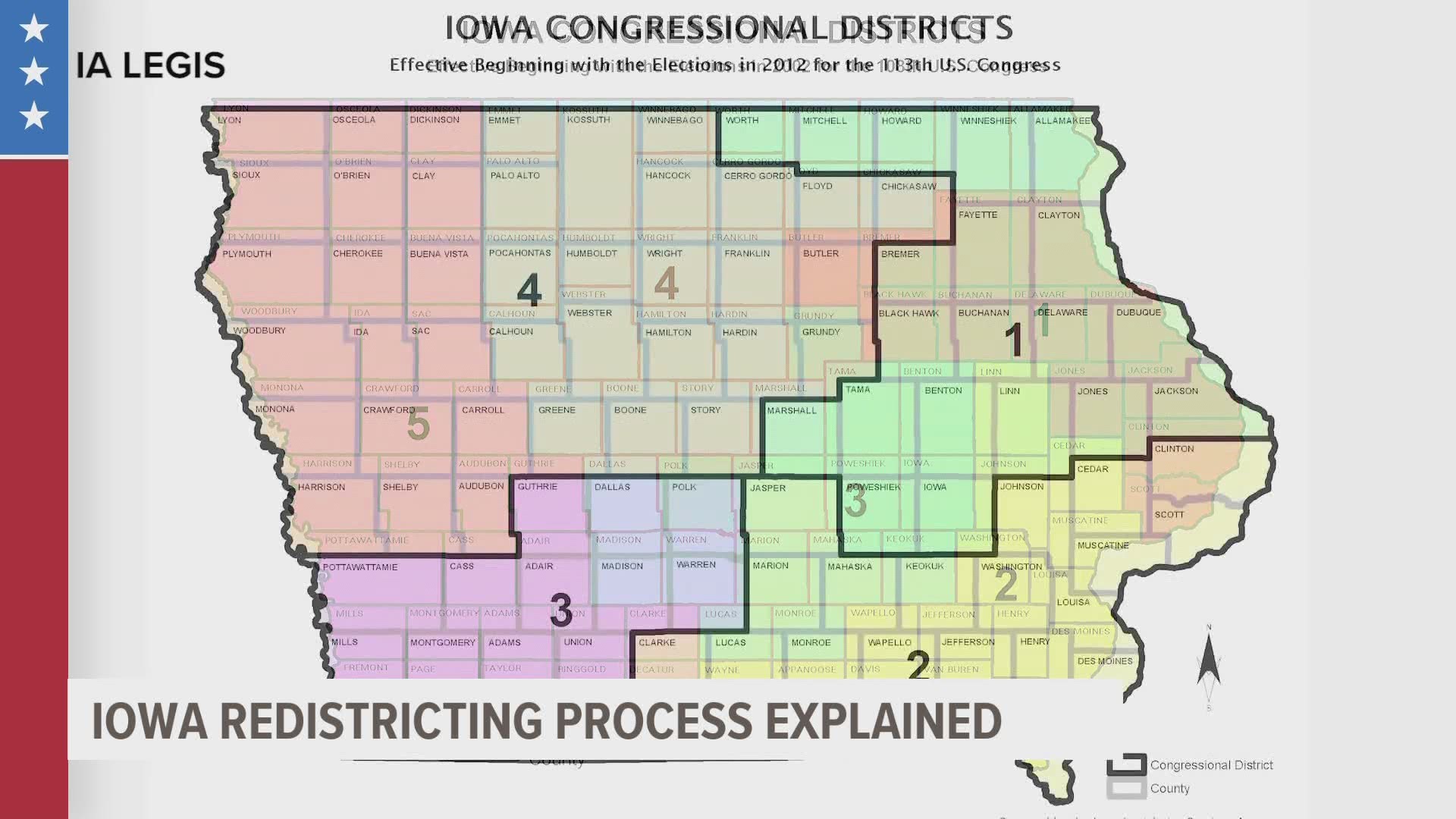 DES MOINES, Iowa — Though the delay of U.S. census data has pushed back Iowa's redistricting process, both parties of the Iowa Legislature have now appointed four members to the temporary redistricting advisory commission.

The Iowa Legislative Services Agency, a non-partisan agency, is tasked with drawing maps for the Iowa congressional and legislative districts once they receive the census data, which they are expecting in September.

It is typically available in February.

Ed Cook, senior legal counsel at the agency, says they only factor in population and not party, and their process in drawing district lines is purely non-partisan.

"Iowa law provides that when we draw plans that we do not take into account any political information," Cook said. "So no incumbent addresses, political party registrations, or election results. All we look at in drawing plans is population."

But he adds there is a partisan nature after it leaves their hands, because it will eventually go to a vote in the House and Senate, which are both in Republican control.

"It's not totally non-partisan," Cook said. "We propose maps, but the Legislature is the one who either accepts or rejects those maps."

State lawmakers can approve or reject Plan 1 or Plan 2, according to Cook, and Plan 3 allows for legislators to amend the plan.

Plan 3 has only happened once in recent memory.

"In 1981 the Legislature went to Plan 3, but they accepted the plan that was submitted by our agency without any amendments," Cook said.

RELATED: 5 Iowa counties will not receive week's worth of vaccine shipment

But before it gets to put to a vote, an advisory commission, made up of people selected by both parties, will hold public hearings on it.

The four members of the temporary commission will now work together to appoint a chair of the commission.

A press release sent by the Senate Democrats said DeJear expressed enthusiasm about serving on the Commission because of her passion for voting rights.

“It is of the utmost priority that every Iowan has equal access to the ballot box,” DeJear said in the release. “In order to deliver safe and accessible elections to Iowa’s rural, urban, and suburban communities, we must also ensure that the state of Iowa has fair maps for legislative and Congressional districts.”