The once-a-decade process was complicated this year by a delay in releasing U.S. Census Bureau data blamed on the coronavirus pandemic. 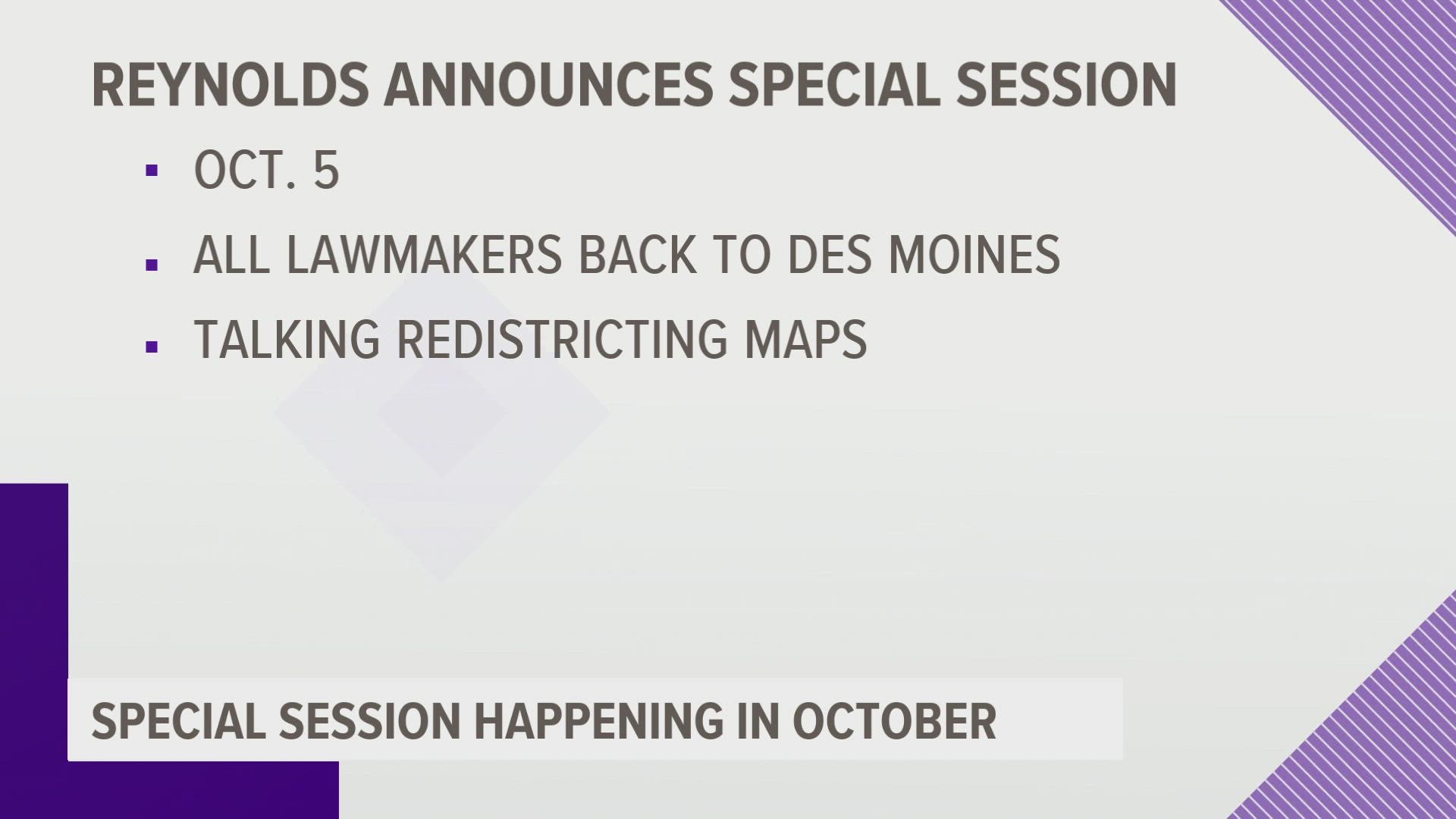 And the chief justice of the Iowa Supreme Court has signed an order giving lawmakers extra time to complete their task.

Reynolds signed a proclamation Tuesday convening the special session to take up redistricting. The once-a-decade process was complicated this year by a delay in releasing U.S. Census Bureau data blamed on the coronavirus pandemic.

Also Tuesday, Iowa Supreme Court Chief Justice Susan Christensen signed an order allowing the nonpartisan Legislative Services Agency to submit maps to the Legislature as outlined in Iowa law even though they will be completed after the legally mandated deadline.

“As I have repeatedly stated, the goal of Senate Republicans after the census is to follow by the redistricting process outlined in Iowa Code Chapter 42," said Senate Majority Leader Jack Whitver, R-Ankeny, in a statement. "I appreciate the work of Chief Justice Christensen and the Supreme Court in maintaining Iowa’s nationally recognized redistricting process.”

“We are currently reviewing the order from the Iowa Supreme Court regarding redistricting," said Senate Democratic Leader Zach Wahls in a statement. "As we have said since Day 1, Iowans deserve a fair redistricting process, without interference from politicians, and without partisan amendments. The Legislature should approve Plan 1 during the October 5 special session if it meets all the legal and constitutional requirements.”