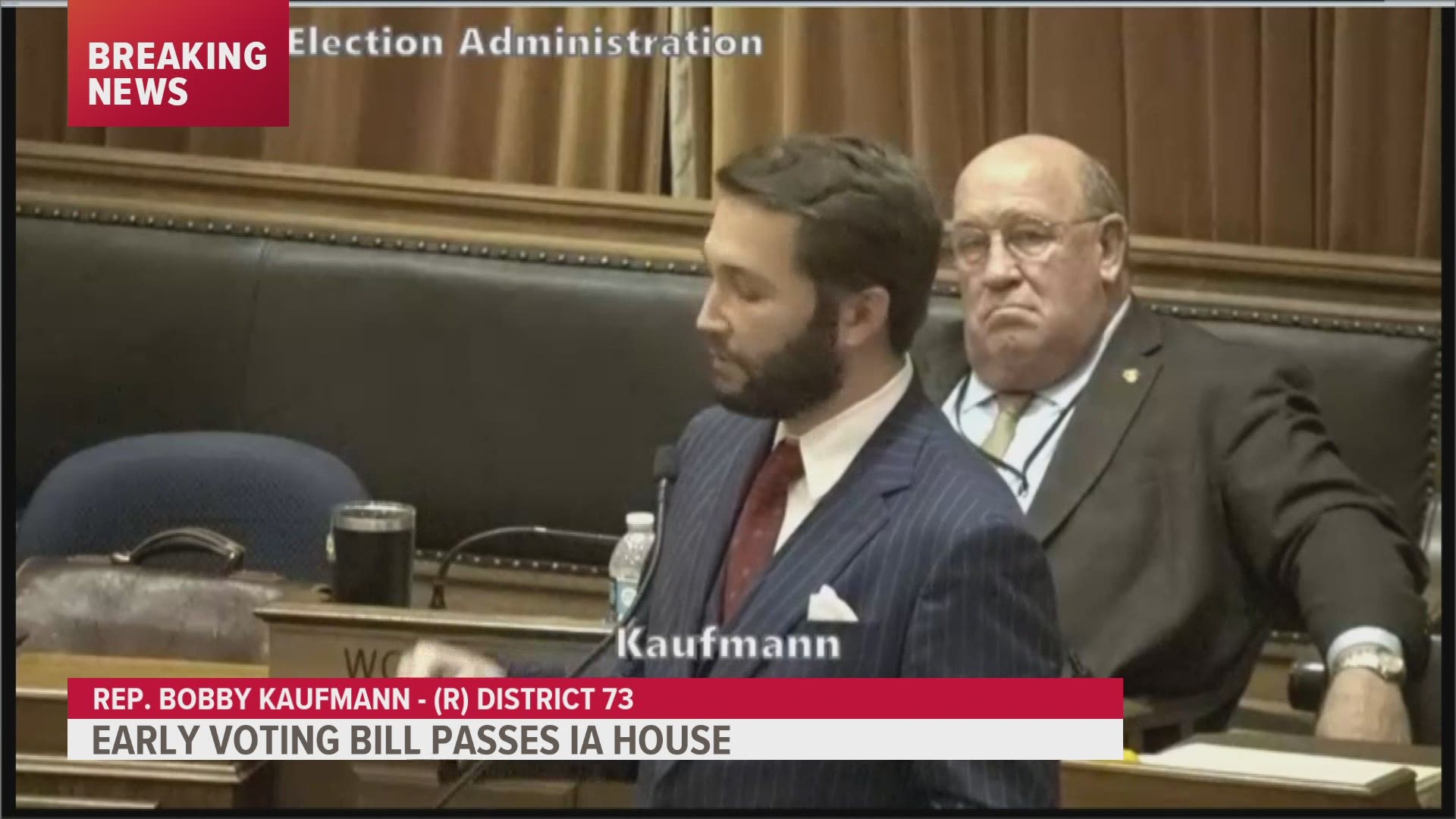 Like states across the country with Republican legislatures, Iowa lawmakers said early voting must be reined in because of the potential for fraud, even after a successful election in a state with no history of problems.

The House passed the bill Wednesday a plan approved by the Senate a day earlier, Democrats who are outnumbered in both chambers were left aghast but in no position to stop the changes.

Senate File 413 passed the House 57-37 with six lawmakers abstaining. It will head back to the Senate to be signed again before heading to Republican Gov. Kim Reynolds' desk.

A fiscal notice published by the Iowa Legislative Services Agency (LSA) lists all of the changes made by the bill. Among the changes include:

"Iowans deserve an election that they can trust. One that makes it easy to vote and hard to cheat. That is exactly what they'll get with this legislation," said House Speaker Pat Grassley, R- Dike, in a statement. "Despite the hysteria coming from the Left, Iowa will continue to see successful elections with high voter turnout and results they can trust. With this bill, Iowa's election system will continue to set an example for the rest of the country."

On the opposite aisle, the American Civil Liberties Union (ACLU) of Iowa called the bill's passing "a wide-ranging attack on early voting in Iowa."

"Early voting, absentee ballots, satellite voting, and keeping voting booths open longer all make it easier for people to vote. There is absolutely no evidence that these measures encourage any fraud," said Mark Stringer, ACLU executive director. "Meanwhile, study after study does produce evidence that voter fraud is an almost non-existent problem in our country and our state. This legislation is a solution in search of a problem."