In her Wednesday night remarks, Ernst touted the USMCA trade deal and the Trump administration's response to the Iowa derecho. 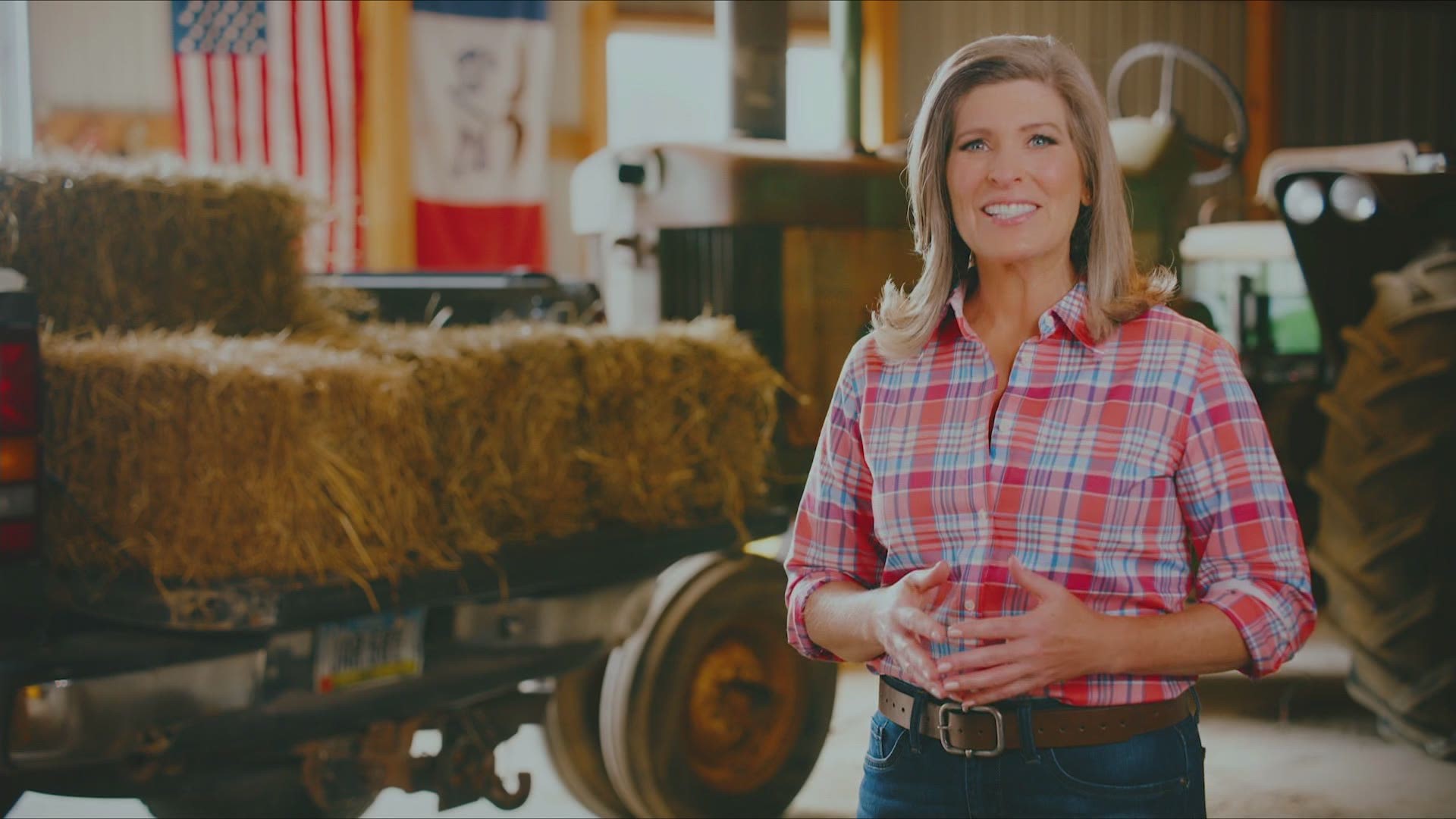 The following are the full remarks from Iowa Sen. Joni Ernst on the third night of the 2020 Republican National Convention. This transcript was provided by the Joni for Iowa campaign.

Hello everyone and thank you for inviting me into your home this evening. It’s truly a privilege.

My name is Joni Ernst. I was raised on a small family farm here in Iowa, where I learned the importance of faith, hard work and service.

I worked my way through college, then dedicated my life to serving my country, as a local official, a battalion commander in the military, and as a U.S. Senator.

It’s what brought me to Cedar Rapids, Iowa in 2008 when I was in the National Guard. We saw historic floods that swept through the communities. We lent a helping hand to our fellow Iowans who were literally under water.

We thought we had seen the worst. But, twelve years later, these same communities have faced an even more devastating disaster: the recent derecho storm.

If you don’t live in Iowa, you may not have heard much about it at first. While reporters here in the state were in the trenches covering the equivalent of a category two hurricane, most of the national media looked the other way. To them, Iowa is still just flyover country.

Houses, farms were destroyed. About one-third of our crops here were damaged.

In some cases, these storms wiped out a lifetime of work, and yet Iowa farmers didn’t hesitate to grab their chainsaws and check on their neighbors. Our farmers live every day with that sense of service. The stewards of the land -- the ones who feed and fuel the world.

And, of course, when President Trump came to Cedar Rapids, the national media finally did too.

For years, I’ve worked closely with the president for farmers in Iowa and across the country.

We scrapped Obama and Biden’s punishing Waters of the United States rule, which would have regulated about 97 percent of land in Iowa - in some cases, even puddles. It would have been a nightmare for farmers.

The president delivered on major trade deals with Japan and the United States-Mexico-Canada Agreement.

And, he implemented the sale of E15 fuel year-round. That means more choices for you at the pump, and more jobs for farmers in the heartland. This is something the Obama-Biden administration failed to do in eight years.

In fact, I can’t recall an administration more hostile to farmers than Obama-Biden, unless you count the Biden-Harris ticket.

The Democratic Party of Joe Biden is pushing this so-called Green New Deal. If given power, they would essentially ban animal agriculture and eliminate gas-powered cars. It would destroy the agriculture industry, not just here in Iowa, but throughout the country.

When the pandemic hit, President Trump heard us in our call for assistance for our farmers. Knowing we have an ally in the White House is important.

Folks, this election is a choice between two very different paths.

Freedom, prosperity, and economic growth, under a Trump-Pence administration.

Or, the Biden-Harris path. Paved by liberal coastal elites and radical environmentalist. An America where farmers are punished, jobs are destroyed, and taxes crush the middle class.

That is our choice. And it’s a clear one.

Thank you and God bless.