The Republican senator kicked off her first day of her seventh 99 County Tour, visiting Warren, Clarke and Dallas counties on Monday. 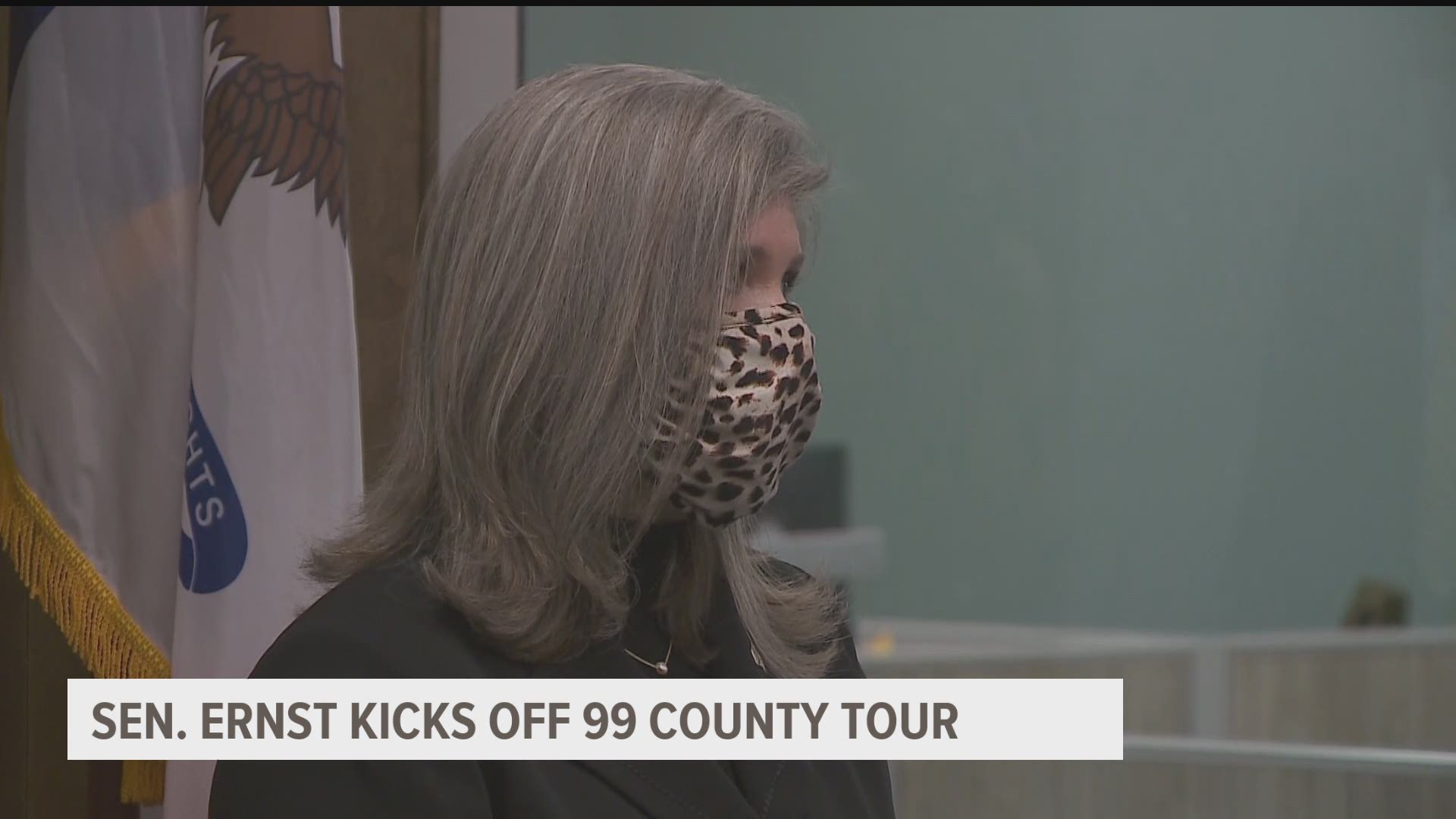 The senator then traveled to Clarke County to meet with leadership and employees at the Alliant Energy Operations Center in Osceola.

Finally, Ernst toured the new Dallas County Sheriff's Office and Jail in Adel, which is located in Dallas County.

While there, Ernst, again, condemned the riot at the U.S. Capitol that happened last Wednesday.

"It was a horrifying experience and I am so angry at those that broke into the Capitol," Ernst said.  "They entered illegally, they were threatening lawmakers and other personnel. It was absolute anarchy and it is inexcusable."

Thank you to Sheriff Chad Leonard and his colleagues for showing me around the new Dallas County Jail in Adel. I’m grateful to all of Iowa’s law enforcement officers who work selflessly to safeguard our communities. #99CountyTour pic.twitter.com/1Iaq2I9aYK

Ernst's views on the push to impeach the president align with her Republican colleagues.

Following the tour stops, Ernst issued a statement to Local 5 to further explain her reaction to the Capitol riot:

“The president did not display good leadership, and I do think he bears some responsibility for what happened. The responsibility also lies with the violent mob who stormed the Capitol, and they should be held accountable to the full extent of the law. It’s time everyone tone down the rhetoric, and we work to bring our nation together."

Ernst's 99 County Tour can be followed on the senator's website by clicking/tapping here.