Under Iowa law, a first offense for possession of marijuana for recreational use is punishable by up to six months in jail and/or a $1,000 fine. 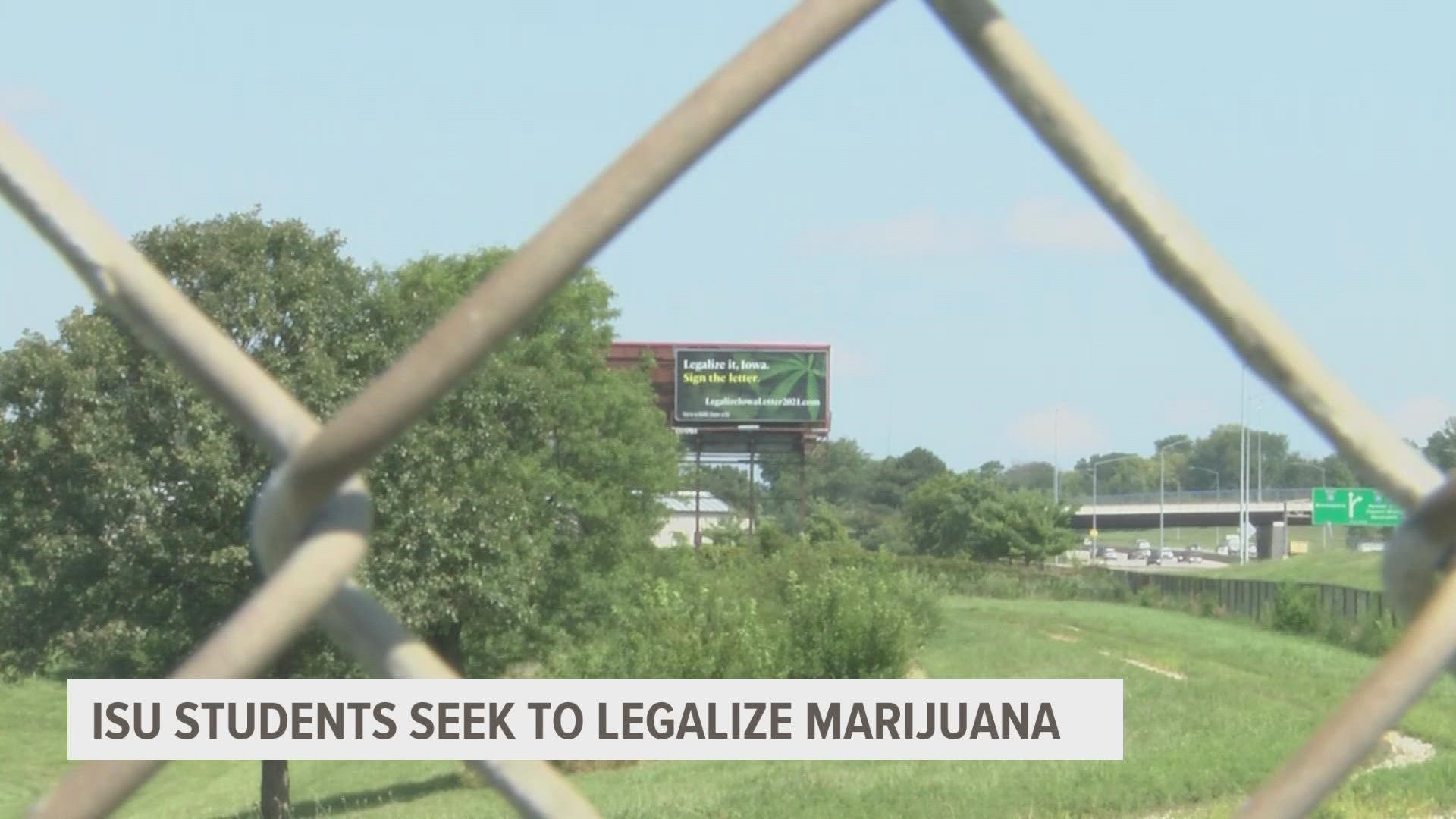 "I want to provide an outlet for Iowans to share their voice on this important cause of cannabis law reform," he told Local 5.

He is a part of the student organization NORML.

"We want to expand Iowa’s medical marijuana program including access and recognized conditions for obtaining a medical card," Montgomery said. "We also want recreational marijuana because there are so many good reasons: economic, racial justice, and the list goes on.”

The organization put up a billboard in Des Moines near Euclid Ave and I-235 eastbound to promote a website in hopes of garnering 10,000 signatures in support of marijuana legalization.

Credit: WOI-TV
A billboard promoting the legalization of marijuana can be seen on I-235 eastbound at Euclid Ave on the west side of the overpass.

Under Iowa law, a first offense for possession of marijuana for recreational use is punishable by up to six months in jail and/or a $1,000 fine.

Isabella Whitney, a freshman at ISU, told Local 5 she thinks it should be legalized.

"I think so, but I also think there is downs to that too like crime," Whitney said.

Kyra Lucas, another freshman, explained she is from Illinois where marijuana is legal. But she has mixed feelings.

“I believe it depends on the person that is using it, because it can be in the wrong hands," she said.

Montgomery said they have had 1,000 Iowans sign the letter so far. The campaign for signatures ends Sept. 12.