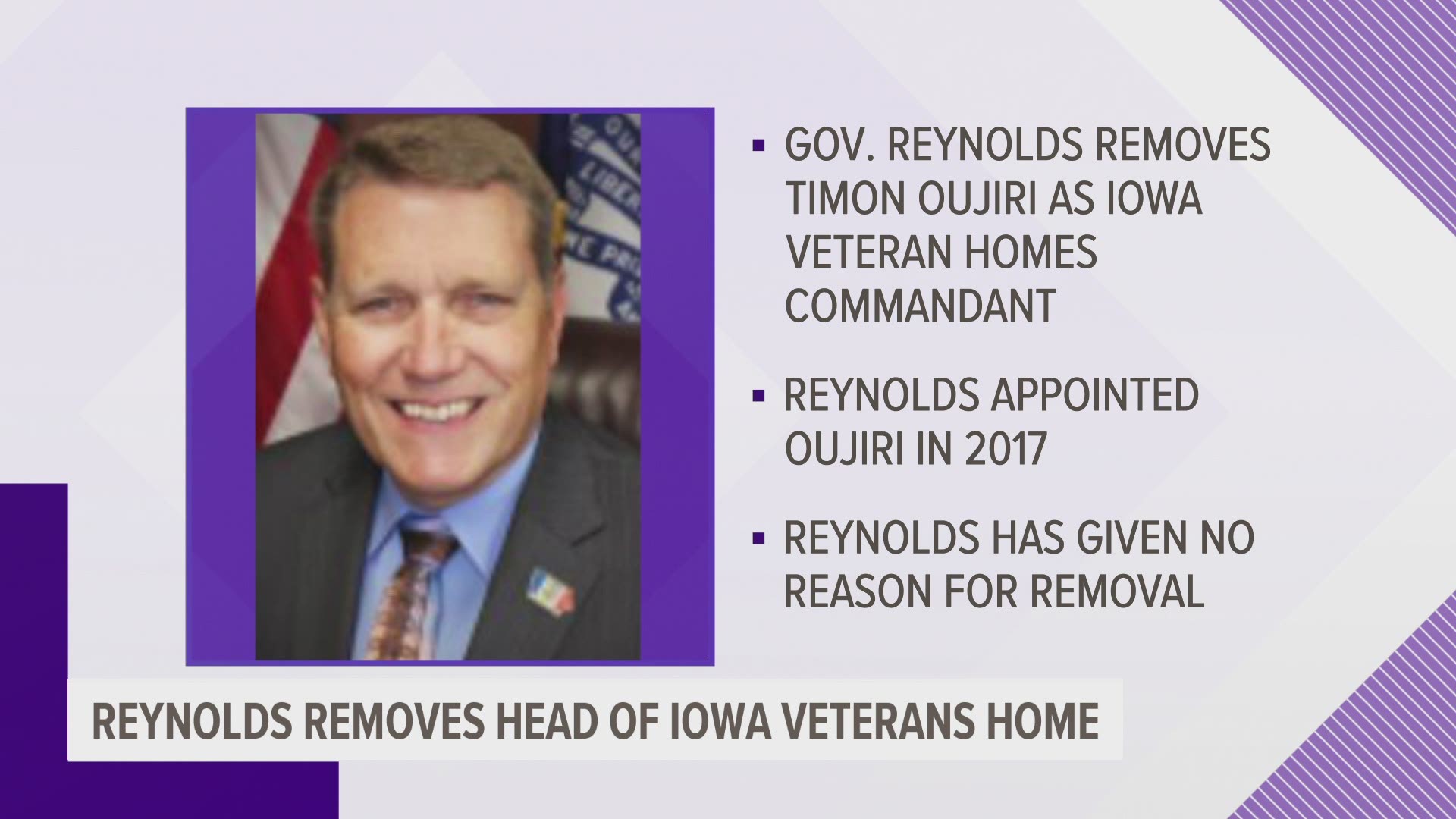 No further comment or reason for this removal has been given by Reynolds' office.

The Iowa Veterans Home is the state's largest long-term care facility, with more than 400 residents.

Oujiri was appointed by Reynolds to lead the facility and its 900 employees in 2017.