Six Iowans are tasked with fulfilling the wishes of Iowans, and state law makes it clear there's no other option. 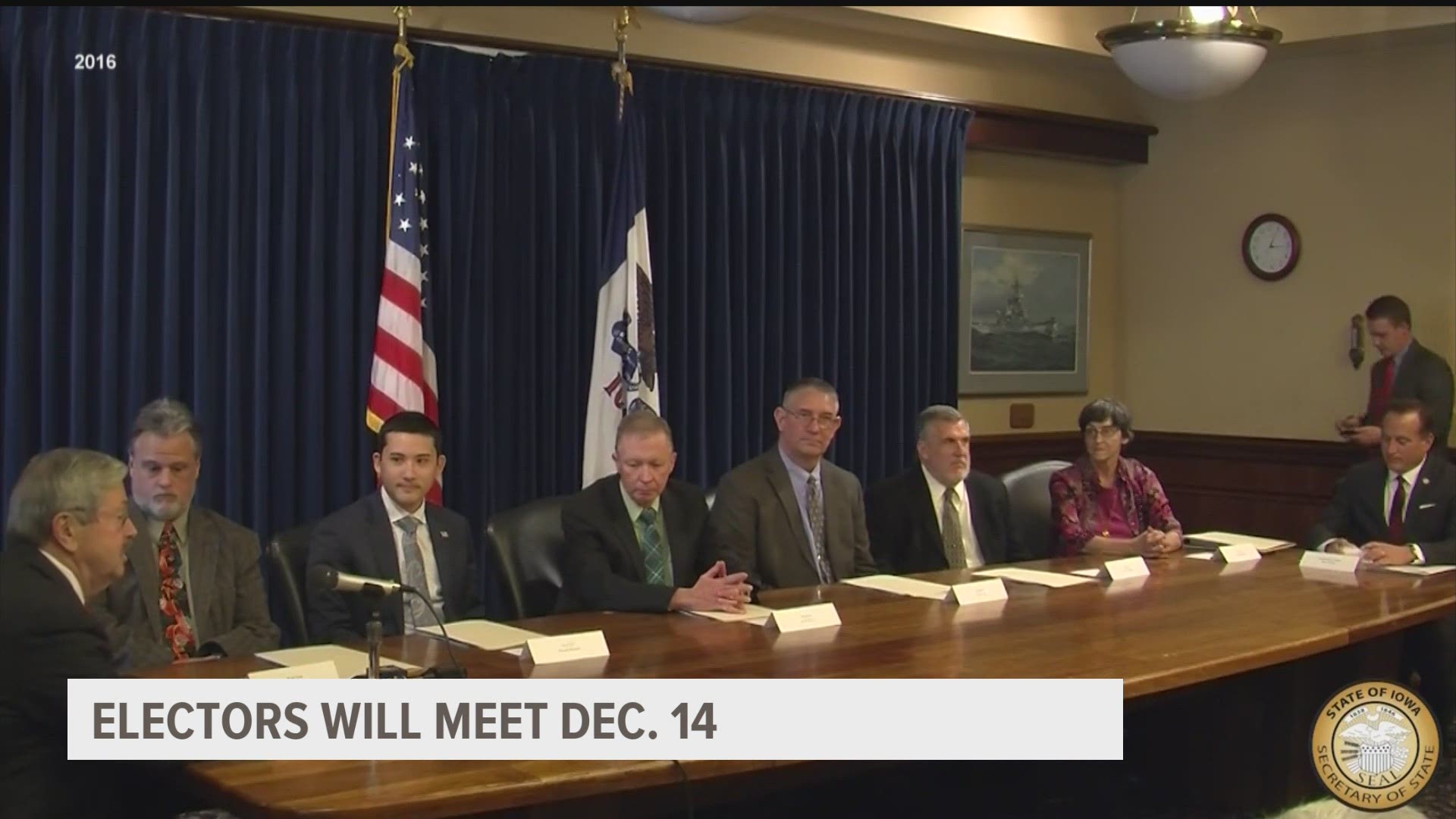 Iowa's electors are chosen at district and state conventions.

Both Republicans and Democrats choose electors, but only electors from the party that won the state take part in the electoral college. This year that means Republicans.

"The people who get to be electors are generally chosen because they've been party activists. Sometimes it's seen as a reward for decades of service," said 1st District Elector David Chung. "Especially for a state that went for Donald Trump across the board like we did. You're unlikely to see in states like that anybody who's not intending to vote the way the state did."

In Iowa our electors have to cast their ballot for whichever candidate received the most votes in Iowa. That's the law. If that doesn't happen and the elector votes against his or her pledge, that vote is canceled and replaced by an alternate elector. That continues until an elector votes as required.

An important step often shrouded in mystery, but Chung explains it's anything but. "And we'll sit down in the presence of the secretary of state at least, maybe the governor, and we'll be passed a number of ballots. They'll have to record their vote, actually I found out on multiple ballots. They will sign those in the presence of our state officials. That's that. No smoky rooms."

Nearmyer views his role as someone just casting a vote; something that's predetermined. It's contrary to how many others view the role of elector. "I'm just a farm kid. Just going to the big city and cast my vote for the president. Kind of exciting in that regard."

And it makes sense. Iowans have voted and made their voices heard. The state code is written so that our electors simply fulfill the wishes of Iowans.

Ronald Forsell, Iowa's 3rd district elector, doesn't see faithless electors, as they're called, being a problem in any state. "I don't know that anybody is going to sign up and win an election...to vote against the people their state voted for. I don't think that's going to be a big issue this year."

One thing's for sure, however, all six men are a part of history.