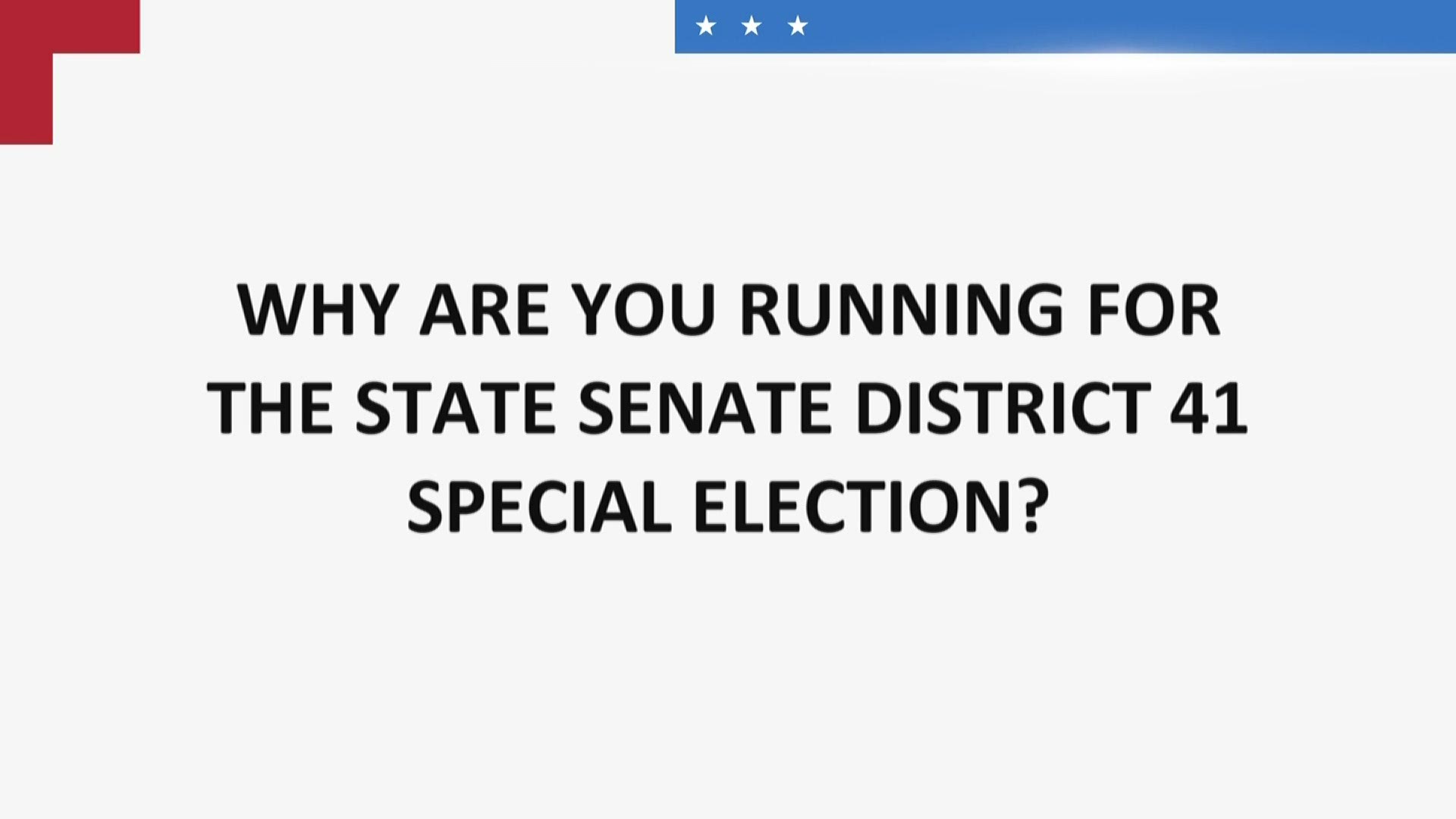 OTTUMWA, Iowa — Mary Stewart is no stranger to politics, nor to State Senate District 41.

She ran for the seat in 2018, losing to Republican Marianette Miller-Meeks by 808 votes.

During Thursday's Democratic convention, many who approached her asked her to run again, viewing her as the perfect candidate for the special election.

Local 5 spoke with the candidate Monday. Adrian Dickey is the Republican candidate for the district. He has not responded to requests for an interview.

Stewart views herself as someone who can work in a bipartisan fashion, should she make it Des Moines.

"During my last campaign and during my career, I've always considered myself to be that kind of person: a bridge-builder, connector, and hopefully I can put those skills to use in the Senate," Stewart said.

She feels the district should elect someone to represent the entire district, not simply one group of voters.

"I think that's so incredibly important; that they know they are represented regardless of political party, political persuasion, or any other factor. That they have a voice in Des Moines, and it's a voice that's looking out for them and for the good of the district as a whole."

Stewart said her issues for this campaign include:

Republican Gov. Kim Reynolds set the date for the special election for Jan. 26 after Marianette Miller-Meeks resigned her seat in December to take a provisional spot in the U.S. of Representatives.

Those living in the district have until Friday, January 15 at 5 p.m. to request an absentee ballot. The deadline to return absentee ballots in-person is Tuesday, Jan. 26 at 9 p.m. (when polls close) or postmarked by Monday, Jan. 25.

RELATED: Here's what the balance of power looks like in the Iowa Legislature