"The American people cherish the freedom of religion in every American and every faith," Pence said Thursday. 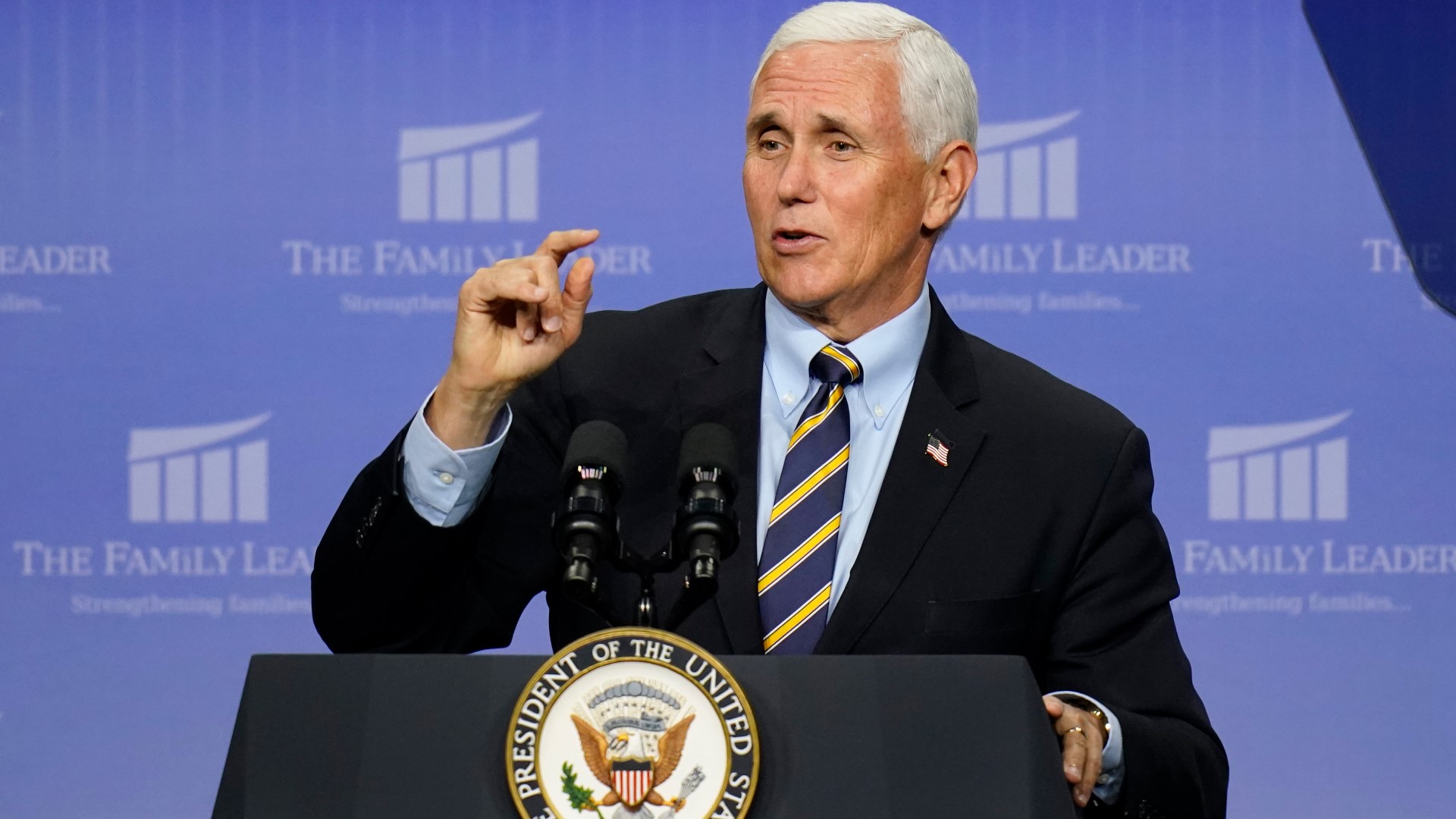 With just 33 days until Election Day, Vice President Mike Pence is back in Iowa.

Pence, along with U.S. Secretary of Housing and Urban Development Secretary Ben Carson, spoke Thursday at The FAMiLY Leader's "Faith in Leadership, America's Need for Revival" event in Des Moines.

The vice president spoke about his belief that faith is still present in government, and offered a defense of U.S. Supreme Court nominee Judge Amy Coney Barrett as someone whose faith has been criticized.

"The American people cherish the freedom of religion in every American and every faith," Pence said. "And these attacks on Judge Barrett's faith must stop."

'If you ever doubted we had a fighter in the white house, you don't doubt it anymore.' Pence made note of President @realDonaldTrump's performance in the Presidential Debate.

VP Pence: 'Under President Trump, we're not going to reimagine anything. We're going to back the blue.'

.@SecretaryCarson is here introducing @VP @Mike_Pence at the @theFAMiLYLEADER’s Faith in Leadership event in Des Moines.

Secretary Carson said there have been people to tell him to stop talking about God in his work. He said he tells those people to take a hike.

Carson indirectly mentions that people should put aside if they like or don't like a person and vote for concepts they support.

.@SecretaryCarson 'This [election] is about, not a person or personality. This is about concepts. This is about the future of our children and our grandchildren. We cannot be thrown off because we don't like a person or the way that they say something. That's really small.'

'President Donald Trump is the most pro-life president in history.'@VP @Mike_Pence makes note of #RoeVWade and his tie-breaking vote in the Senate that allowed states to defund Planned Parenthood.

Pence also noted his strong "dogma" of faith, a reference to Sen. Dianne Feinstein, D-California, who in 2017 said in reference to Barrett's Catholic faith: "The dogma lives loudly within her."

Carson mentioned that the Constitution does not mention a separation of church and state.

But the freedom of religion is guaranteed in the First Amendment, which is how the Supreme Court has interpreted the law.

Earlier in the day, Pence made a campaign stop in Carter Lake, near the Iowa-Nebraska border.