Dierenfeld has served as Johnston's mayor since 2008. 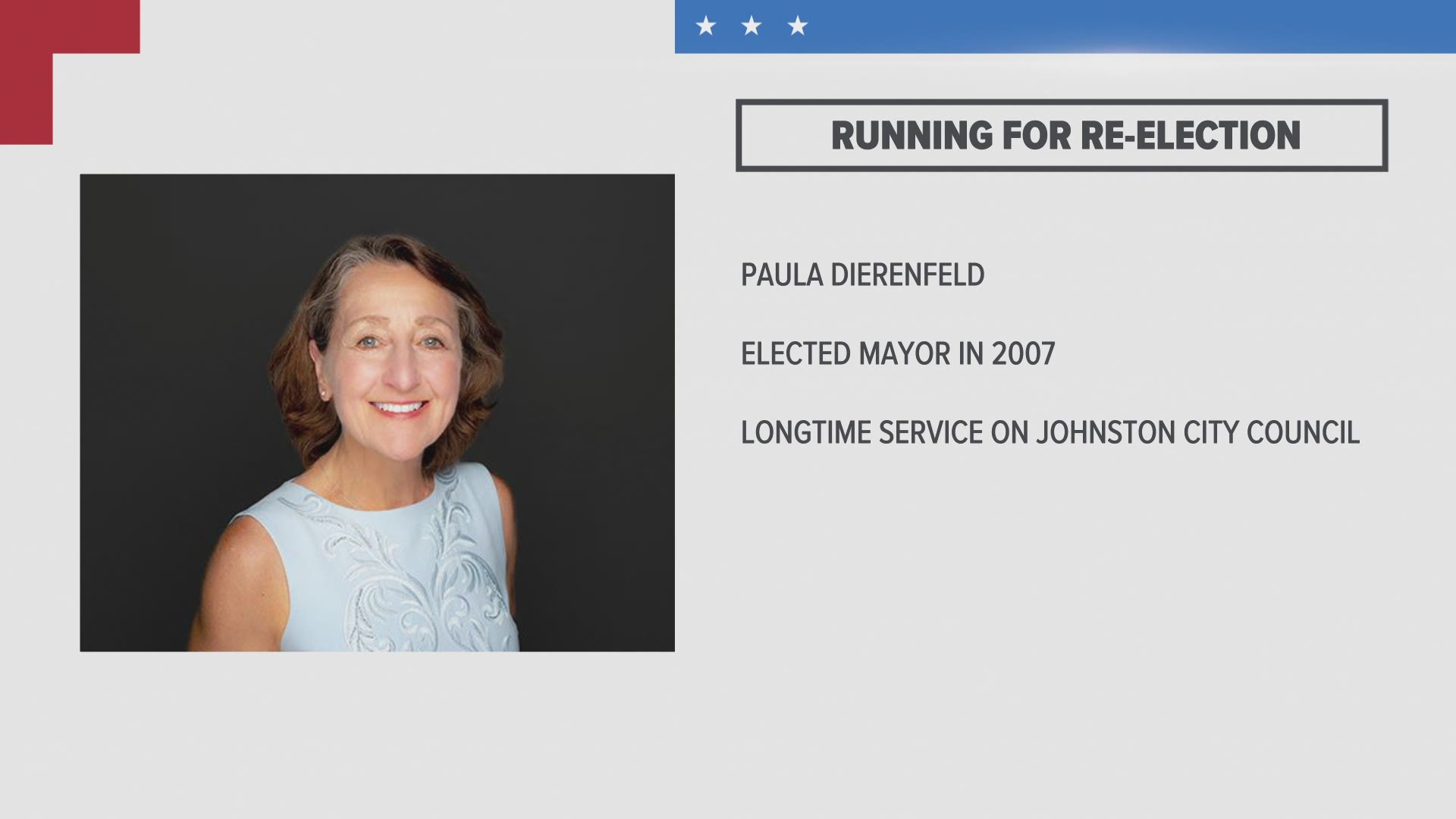 JOHNSTON, Iowa — The mayor of Johnston announced her plans to run for re-election Tuesday evening.

Mayor Paula Dierenfeld has served in her role since 2008, making her the longest-serving woman mayor in the state. Prior to being elected mayor in 2007, she served two terms on the city council.

As of Tuesday evening, no opponents have announced their bid for the seat. The election is scheduled for Nov. 2, 2021.

“It has been an honor to serve Johnston residents as their mayor. I truly believe Johnston is the best place to live, work, and to raise a family," Dierenfeld said in a press release. "We have outstanding employers, excellent schools, and safe streets and neighborhoods."

In that press release, Dierenfeld lays out her accomplishments as mayor so far, saying that even though the city's population has grown significantly it still "has that small-town feel."

"We’re a larger community made up of many great neighborhoods – where neighbors really do know and care about the children and families living next door. As we continue to grow, we are committed to maintaining the small-town qualities that make Johnston a great place to live, work and raise a family,” said Dierenfeld.

Dierenfeld is an attorney and shareholder at Nyemaster Goode Law Firm in Des Moines. She's involved in several civic and nonprofit organizations.