Friday marked the 48th anniversary of Roe v. Wade, the U.S. Supreme Court ruling that protects a woman's right to an abortion. 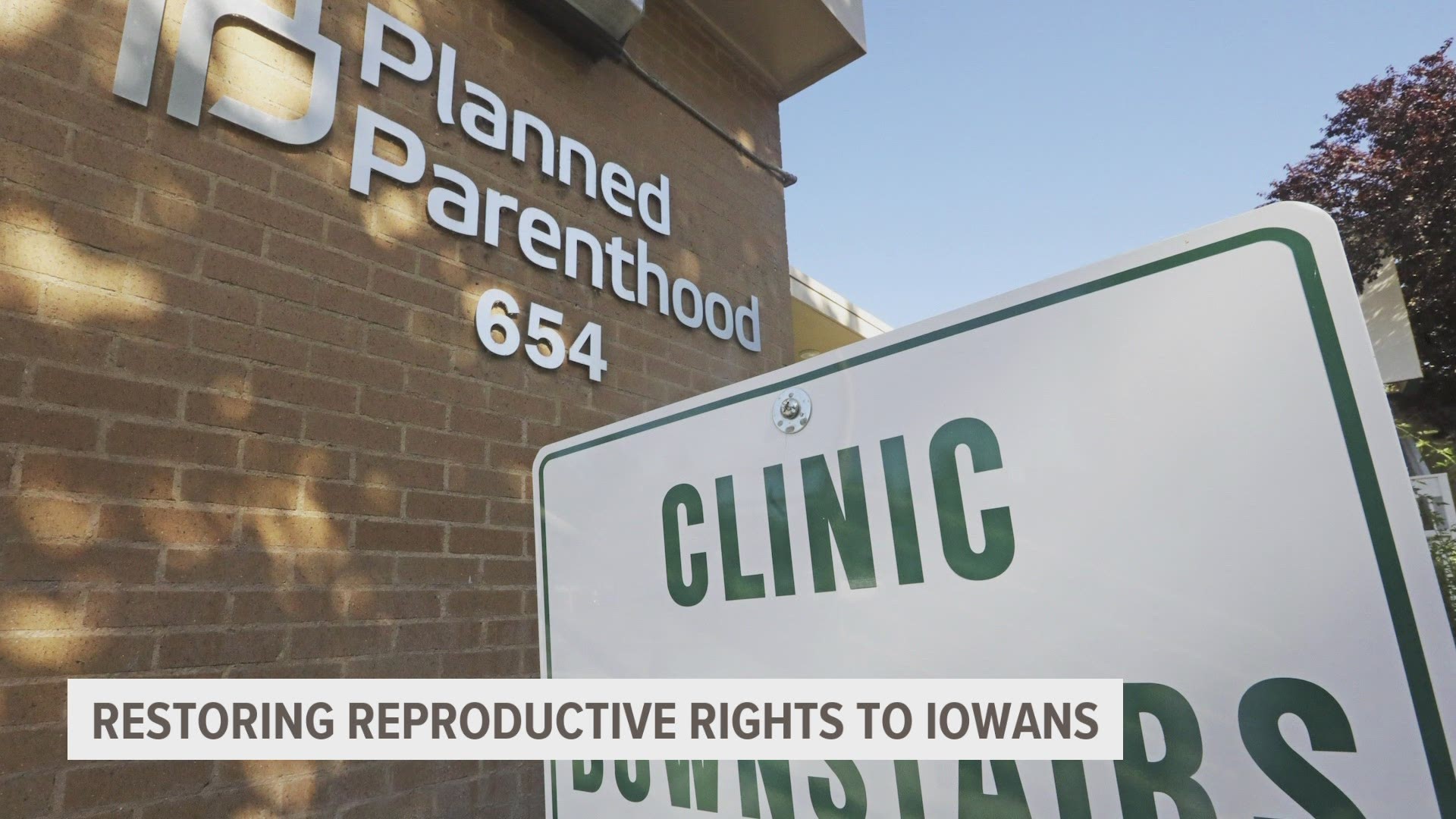 DES MOINES, Iowa — The Iowa Supreme Court ruled that Iowa's Constitution protects Iowans' access to safe and legal abortions, but some lawmakers are pushing for a constitutional amendment to limit that.

Now that President Joe Biden is in office, some Iowans hope his administration can step in.

Burch Elliot said those who could pay out of pocket costs were the only ones that could afford birth control or abortions under former President Donald Trump's administration.

Iowans with female reproductive organs can still get an abortion in Iowa, but free birth control isn't available to everyone.

Today we’re marking 48 years of safe, legal abortion thanks to Roe v. Wade. We must work to ensure all people have equal access to abortion. #RoeAnniversary pic.twitter.com/mQMAWOCATv

But state legislatures passed a law taking these away, and instead added the Title X Family Planning Program. The Iowa GOP had success with defunding Planned Parenthood and banning abortions after 20 weeks of pregnancy.

"That program says that providers can participate in the program as long as they don't talk about or provide abortion," Burch Elliot said.

Even with these limitations, Burch Elliot said there were more abortions done in Iowa under the Trump administration than under former President Barrack Obama.

“What we see is that folks that decide to have an abortion or going to go to whatever links they need to access that care," Burch Elliot said.

Planned Parenthood staff are hopeful the Biden administration will roll back some measures put in by his predecessor.

Friday is the 48th anniversary of Roe v. Wade, the historic U.S. Supreme Court ruling that protects a woman's right to an abortion.

In the past four years, reproductive health, including the right to choose, has been under relentless and extreme attack. We are deeply committed to making sure everyone has access to care – including reproductive health care – regardless of income, race, zip code, health insurance status, or immigration status.

The Biden-Harris Administration is committed to codifying Roe v. Wade and appointing judges that respect foundational precedents like Roe. We are also committed to ensuring that we work to eliminate maternal and infant health disparities, increase access to contraception, and support families economically so that all parents can raise their families with dignity. This commitment extends to our critical work on health outcomes around the world.

As the Biden-Harris Administration begins in this critical moment, now is the time to rededicate ourselves to ensuring that all individuals have access to the health care they need.

Where is the amendment going?

The Iowa Legislature is working again this year to propose an amendment to Iowa's Constitution declaring the Constitution doesn't grant a right to abortion.

The joint resolution coming out of the Iowa Senate proposes an amendment to protect life by declaring the Constitution of Iowa shall not be construed to recognize, grant or secure a right to abortion or to require the public funding of abortion.

If the resolution did, it would likely be struck down in court as it would take the place of federal ruling.

If the amendment was to pass this year, it would need to pass again next year before being placed on the ballot for Iowans to vote on.

There is a similar resolution in the Iowa House, which made it out of the subcommittee on Tuesday. Its next step will be with the full Judiciary Committee.

The Senate bill is still a few steps behind the House bill. However, both bills have a way to go before being picked up or passed through both chambers.

RELATED: Reynolds to introduce bill that would withhold funding to local governments that defund police budgets