Rep. Ras Smith, D-Waterloo, says there's a "sense of anger and frustration" after more than a month of waiting. 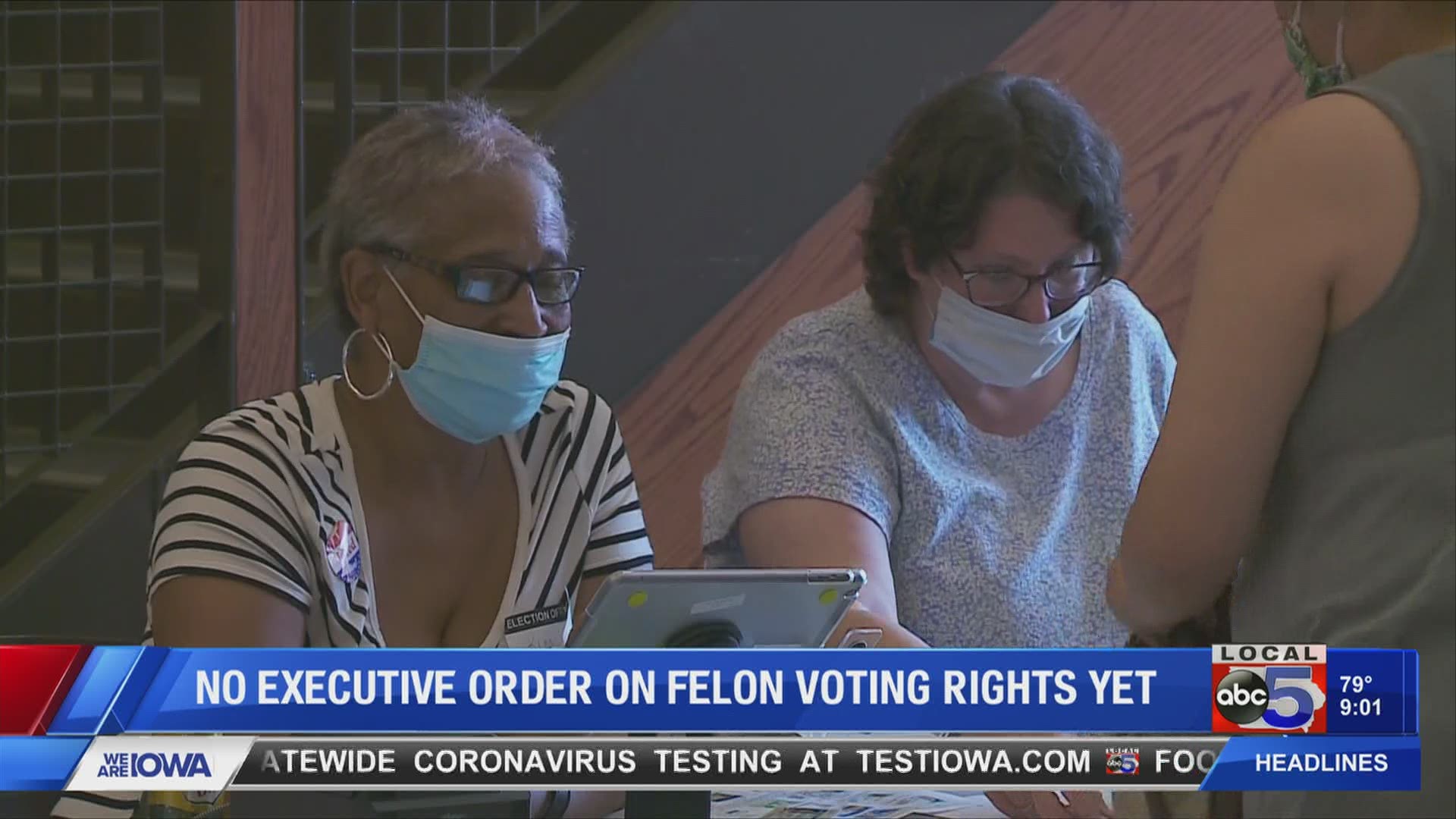 DES MOINES, Iowa — Gov. Kim Reynolds has pledged to sign an executive order on felon voting rights, ahead of the November election.

But one Democratic lawmaker in the Iowa House of Representatives tells Local 5 that it's been a waiting game.

"We're less than 100 days away from our general election," Rep. Ras Smith, D-Waterloo, said. "I think there's a sense of anger and frustration, frustration because this was promised over 40 days ago from the governor."

A spokesperson for the governor's office declined to comment when asked on the status of the executive order.

Iowa is the only state in the country that has a lifetime ban on felon voting.

Smith said if and when a felon voting rights executive order is signed, it should contain no caveats.

"It would allow once you release from incarceration for you to be automatically enrolled in a voting pool and able to do your civic duty ... be empowered to exercise your voice," he said.

According to Smith, data shows that when people have the right to vote, the rates of recidivism go down.

"So I think we have to success set people up for success," Smith said. "Let's remove barriers that inhibit people from participating."