Rep. Cindy Axne hosts town hall in Ankeny, meeting with constituents from both sides of the aisle

Constituents from both ends of the political spectrum turn out to meet Rep. Axne face-to-face. 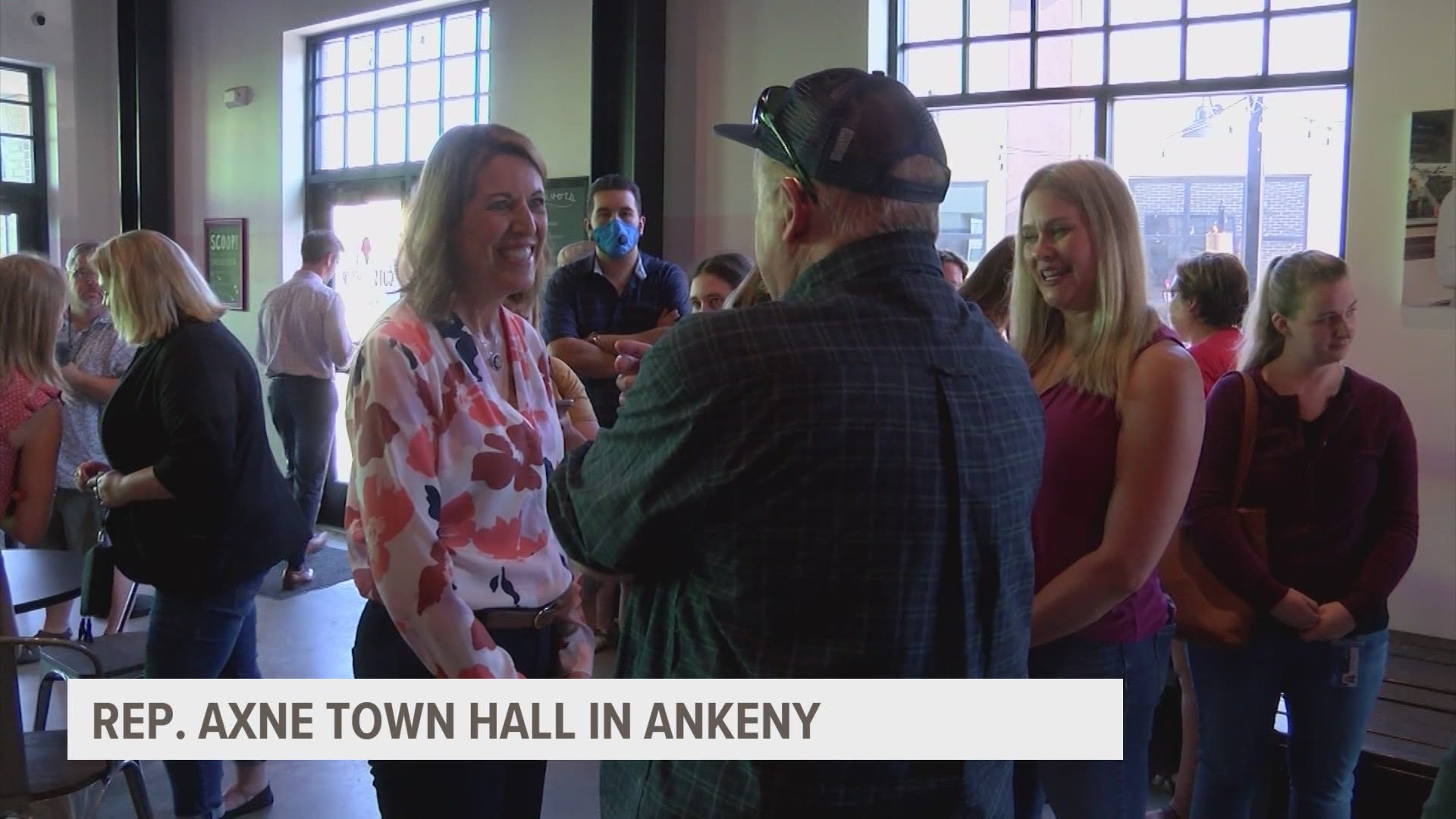 ANKENY, Iowa — Dozens turned out on Thursday to the Outside Scoop, an ice cream shop in Ankeny to a town hall with U.S. Representative Cindy Axne.

For folks like Martin Vogel, it was a chance to talk face-to-face with one of Iowa's representatives in Washington D.C.

"I think she needs to hear what's going on in some parts of the real world. No doubt about it-- conservative, liberal, representatives, senators--they live in a bubble," said Vogel, an Ankeny resident.

For others like Nancy Baker Curtis, it was an opportunity to urge Rep. Axne to support issues impacting her family.

"I just think it's important as a constituent to be here and to be present and to continue to remind our elected officials that there are people here--16,000 Iowans--that are currently waiting for Medicaid waiver services,"  said Curtis, who lives in Grimes.

Outside the event, others held signs, hoping the representative would see their message through the window.

"We're here respectfully; we got these signs up. We want her to see that we want to end the Washington waste," said Dustin Rush, a member of the group Americans for Prosperity.

Local 5 asked the Democrat what her major takeaway was. She said it was Curtis's request for support.

"We are still battling lack of health care opportunities for way too many Iowa families, and unfortunately, it's impacting our children," she said.

Rep. Axne's next town hall is scheduled for Friday, July 9 at 1:30 p.m. at Casey Creamery in Casey.