The U.S. senator says each person will get $1,200 through the coronavirus bill. 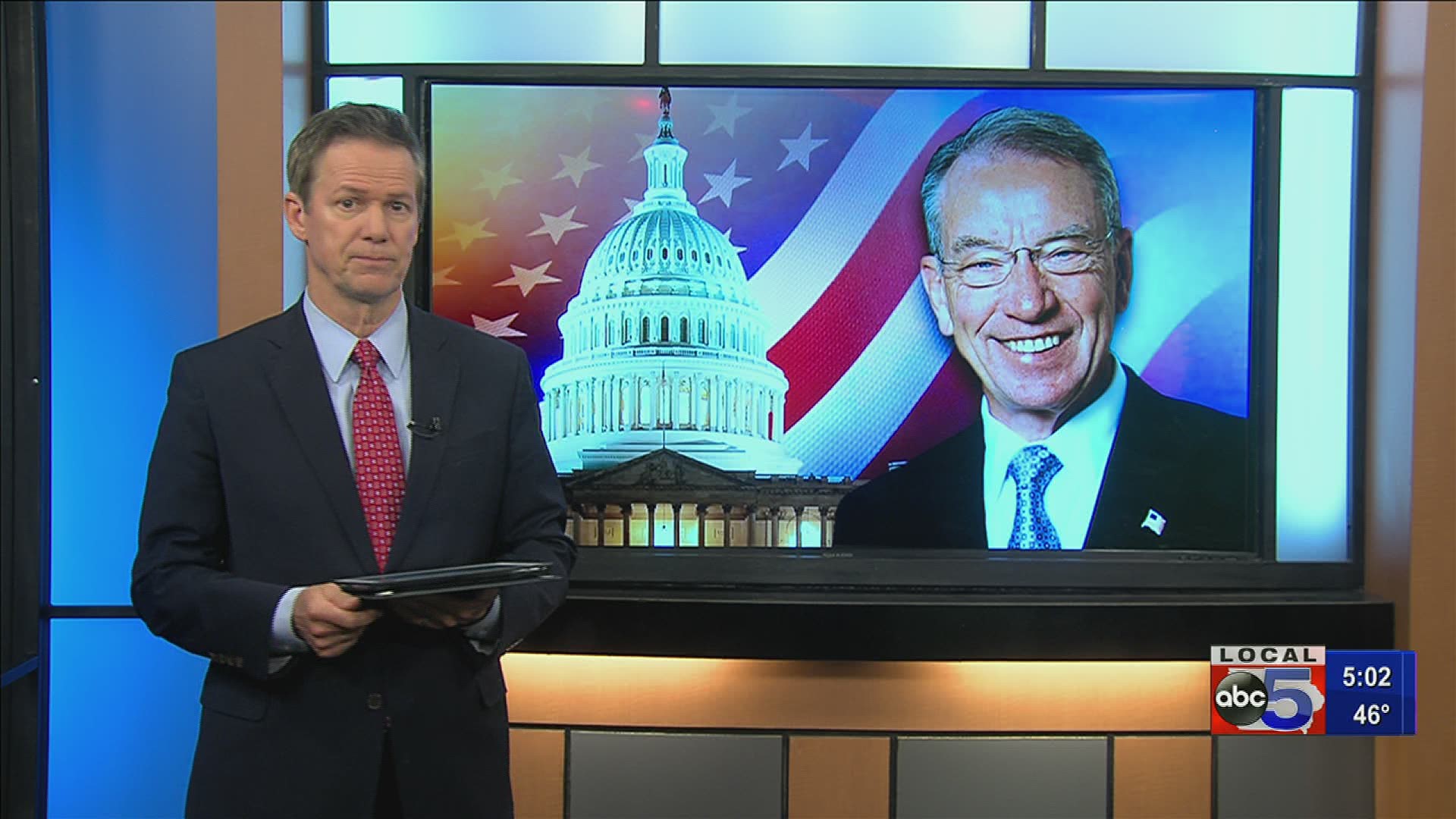 Grassley said both Republicans and Democrats think those who are unemployed need more than just unemployment compensation.

"That's not everything the bill does," Grassley said, "but those are important things to relieve the anxiety, get the economy turned around."

That's because Democrats took issue with key elements, like a $500 billion relief fund for corporations. Democrats say there are no protections for workers in the bill.

Republicans say time is running out.

However, there was some economic help on Monday. The Federal Reserve is buying U.S. treasuries, securities and bonds. These actions will help keep american businesses and their workers afloat, according to the Federal Reserve.

RELATED: How Iowans are passing the time during the coronavirus outbreak