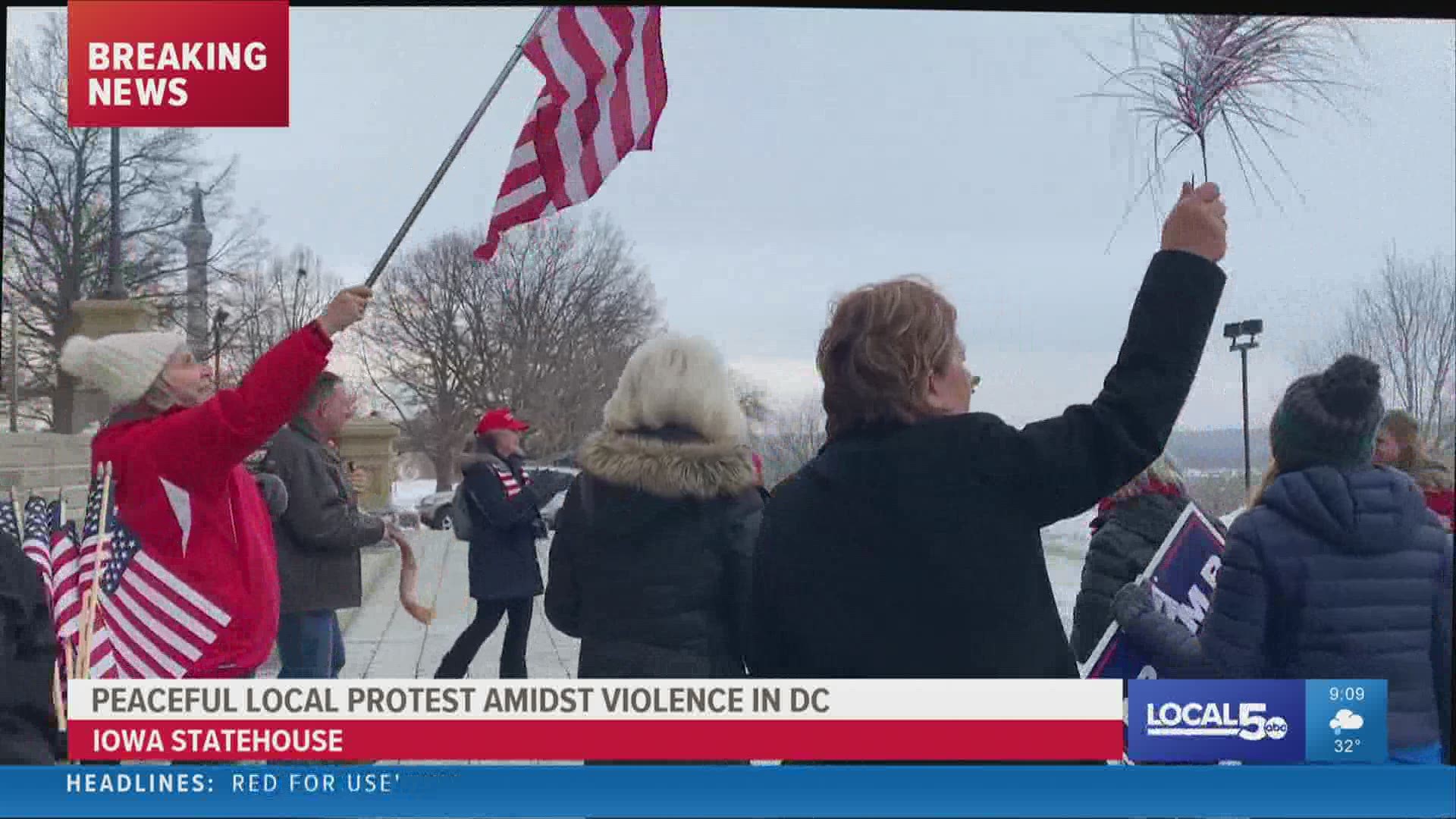 DES MOINES, Iowa — A peaceful protest held by supporters of President Donald Trump at the Iowa State Capitol Wednesday was the reverse image of the violent agitators who breached the U.S. Capitol building around the same time.

One person was shot during the events in Washington and lawmakers was escorted from the House and Senate floors amid a building-wide lockdown.

In Des Moines, there were around 100 people involved in the demonstration and they dispersed about an hour later, according to the Iowa State Patrol.

Those in attendance said they were protesting what they believe was a rigged election.

The crowd was compromised of two groups, a group praying for election integrity and another general group of Trump supporters.

"I hope the truth gets out," Michael Wyckstendt said. "I hope that our politicians will look at the truth, go back and go through all what's been going on with the voting, check on the machines, the absentee ballots."

"And if Joe Biden won, Joe Biden won. But if he didn't, then Trump won, then let's move on," Wyckstendt said.

Wednesday at the Iowa State Capitol, Trump supporters chant “Hold the line!” at what they say is a “Stop the steal” rally. @weareiowa5news pic.twitter.com/b4bpZhwsZ2