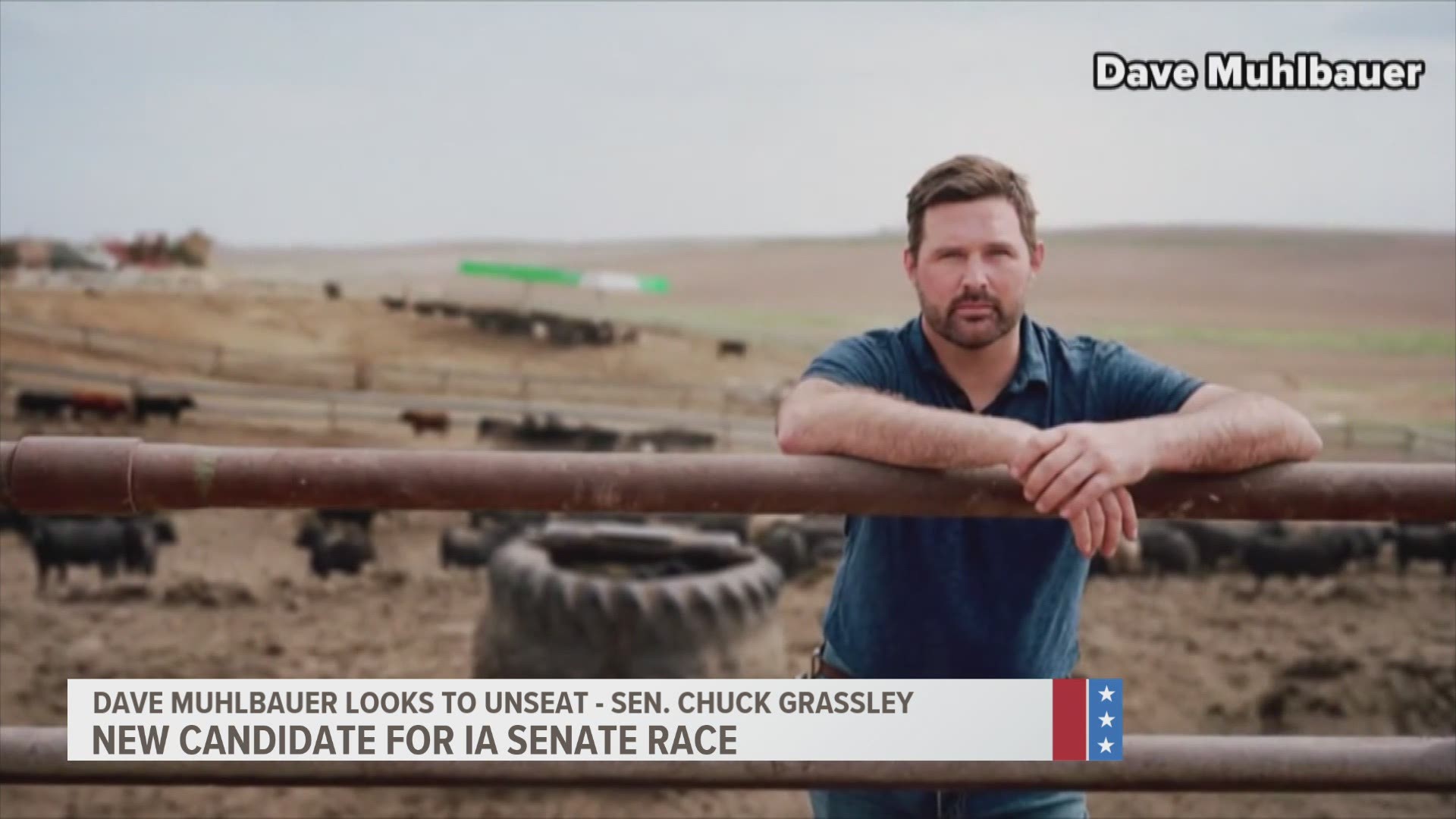 MANILLA, Iowa — An Iowa farmer and former Crawford County supervisor has become the first Democrat to announce he is running for Republican Sen. Chuck Grassley's seat.

He portrays himself as vested in the future of struggling rural America as a fifth-generation farmer. Muhlbauer’s candidacy marks a shift in strategy for Democrats, who haven’t won a statewide race in Iowa in almost two decades.

At 37, Muhlbauer is also a half-century younger than the 87-year-old Grassley, who has said he will announce his reelection plans in the fall.

We can defeat Chuck Grassley - but I need your help. Watch the video & then chip in to help build our campaign: https://t.co/DPPR2wVD19 pic.twitter.com/YWvsgwcwvo