The family of Samantha Wierson said she was a strong woman who would help anyone at a moment's notice.

MALCOM, Iowa — Samantha Wierson was a "force of nature", according to her family.

Sadly, it was nature that tragically took her life away from her family.

The mother of five gave everything to not only her children and husband, but to the community of Malcom and Poweshiek County, serving as a volunteer firefighter and EMS worker.

Last Tuesday, 41-year-old Wierson passed away a day after the derecho storm, which had caused a tree to fall on her home. She leaves behind five beautiful children and her husband, Jess who she volunteered on the fire department with.

You can help honor her legacy by donating to Wierson's GoFundMe. Her family tells Local 5 she did not have life insurance, and money will help support her children. 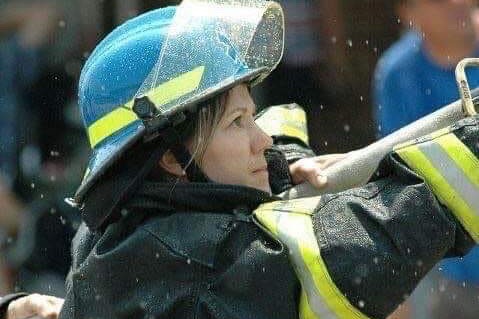 Samantha Wierson Family organized by Julie Wierson
Samantha Jane Wierson Monday, August 10, 2020 a storm with straight line winds of nearly 100 miles per hour, hit Iowa. The storms destroyed many, things. You know things. The things we had to have, the things that now we cannot really remember.

Zoie Wierson, one of Samantha's children, will start college this fall. She plans to become a police officer to follow in her mother's footsteps of service.

"She always did what she knew was right, even if a lot of people didn't agree," said Zoie, age 18.

Zoie said her mother had a strong sense of humor and a bit of a competitive nature when it came to card games. Reading from a speech she read at her mother's funeral, she noted some of the memories of her mother that brought a smile to their faces.

"When she sang along to songs that no one knew, or when she got road rage and turned into a NASCAR driver," Zoie said. "Talking to the Wierson animals like they understood."

The mother of Samantha's husband Jess--Julie Wierson--said Samantha was the best daughter-in-law anyone could ask for.

Samantha was known around Poweshiek County for being one of the best CPR instructors around.

"If you asked her to do something, she was right there--especially with the CPR classes," said Rick Puls, who has served on the Malcom Fire Department for 40 years. "You did not leave the class until you were comfortable doing it; she made sure you knew what you were doing."

"She helped with the Easter Egg hunts that we have in town, the breakfast that the fire department puts on. She was always there to help," said Hamilton. 'If you needed something, you could call her."

Here is the link to support Wierson's family.