NEWTON – A family is asking for the community’s help after catching a man stealing the unexpected on their property. 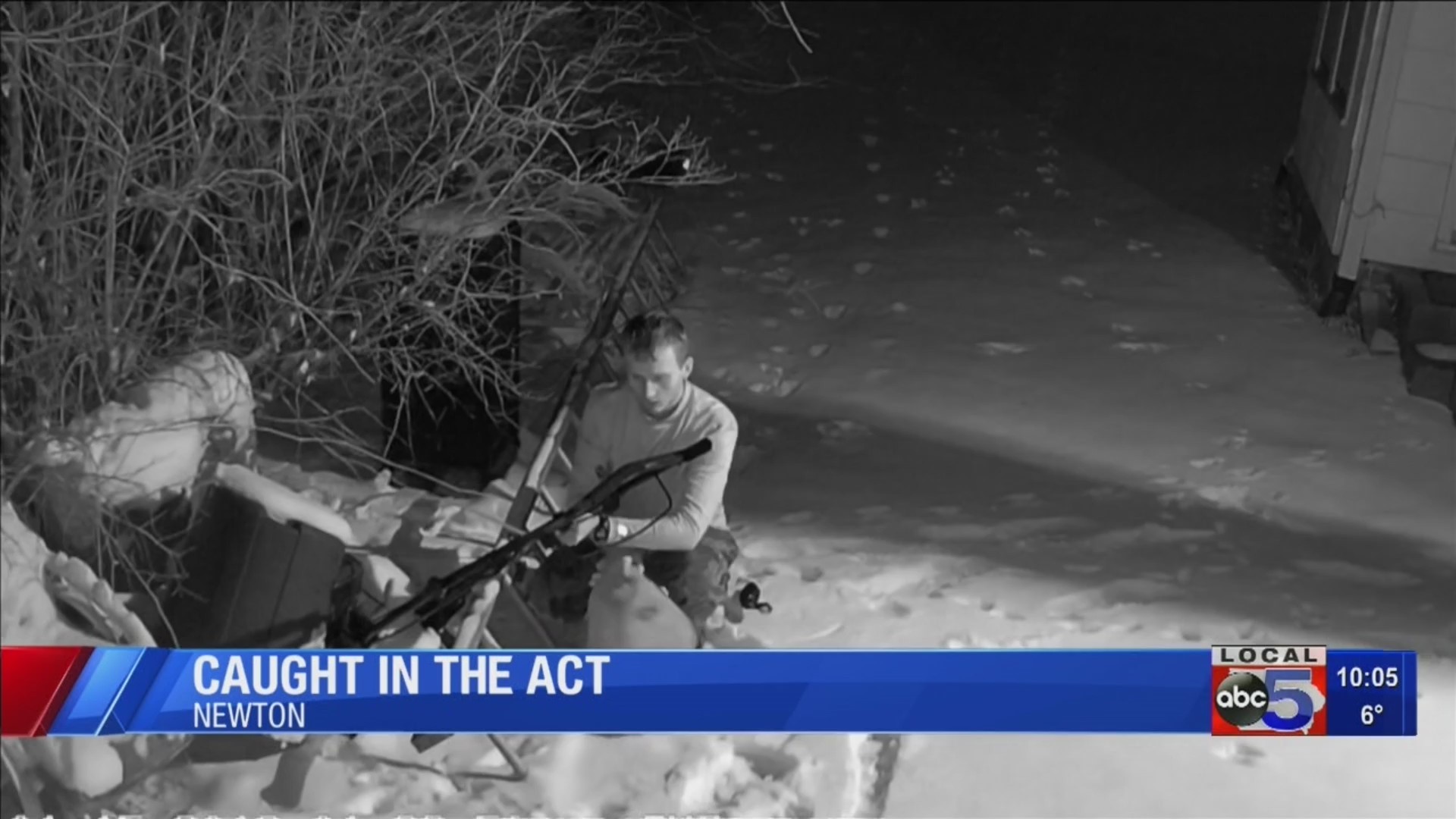 NEWTON – A family is asking for the community’s help after catching a man stealing the unexpected on their property.

“When I looked at the footage and saw the guy peeking through my nana’s bedroom, that just kind of set me off and I was like okay I’m going to do whatever I can to catch this guy,” said Brandon Cook.

Cook says the man walked onto his grandparents property and siphoned gas from not just one, but three different engines.

“Around 1:30AM there was a young man, looked like he was under 30, quite tall, almost six foot, came and tried siphoning gas out of my grandpa’s mower,” said Cook.

And that’s not the only engine he hit. Brandon says he got his grandpa’s truck and 4-wheeler too. After almost 10 years living in the same home, the family has never seen anything like this.

“Then later on tried to run off with the 4-wheeler, then gave up on that and left it in a different spot. My nana was able to see that it’s not in the same spot. She started asking grandpa questions and that’s when he checked the video footage,” said Cook.

Automatic lights went off, but that didn’t stop the man from the act. While they search for whoever did this, Brandon has a word of advice.

“You can shovel some driveways and make that money easily. It was just one of those things that was just completely stupid. Just turn yourself in,” said Cook.

The Newton Police Department is investigating the incident. Anyone with any information is being asked to come forward.