Jimmy's friend shared a call out on social media for people to send postcards or letters to him for his birthday and the response was huge. 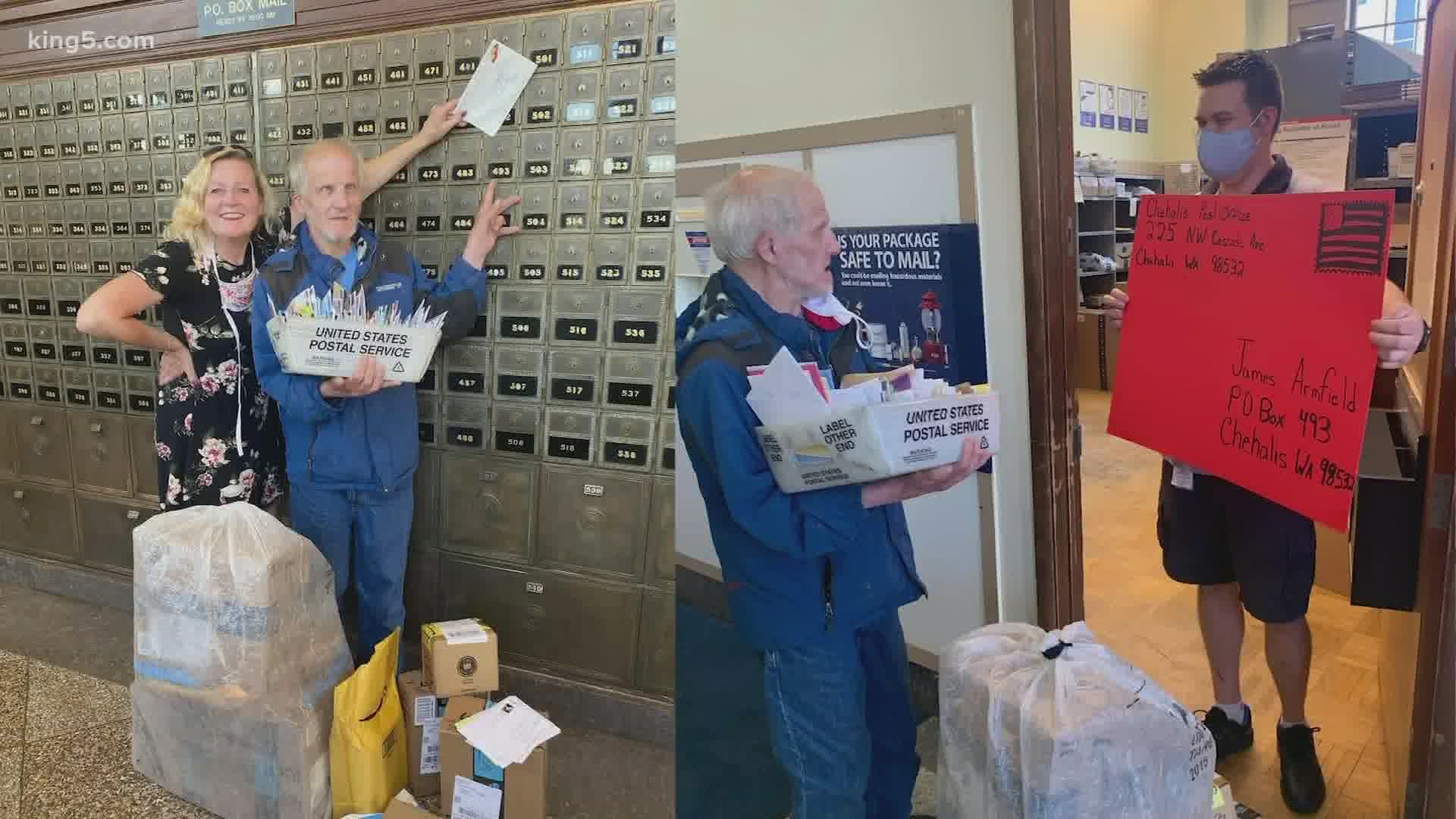 CHEHALIS, Wash. — A man in Chehalis is receiving letters and packages from all over the world after a friend's social media post about his birthday went viral.

Susan Gonzales has known Jimmy for 15 years, ever since he came into her thrift store and she gave him food and let him play games on her computer.

Jimmy's birthday is on July 28 and Gonzales and her family usually take him to the casino to get a free meal and celebrate, but this year the casino's buffet was closed due to COVID-19.

Almost a month later, on Aug. 21, Gonzales had an idea.

She walked into the Post Office and saw Jimmy waiting by his P.O. Box, nearly two hours before the mail is usually delivered. Gonzales asked the postmaster if Jimmy ever gets any mail and she said, "Rarely, but he comes in three times a day."

Later that day, Gonzales put a call out on social media to her friends to send Jimmy a postcard, a letter, anything to wish him a happy birthday.

The response was huge.

Within days the post was shared thousands of times and Jimmy started receiving more mail than he's ever gotten in his life.

"England, Australia, Canada," said Gonzales, explaining just a few of the places the postcards came from.

The post currently has more than 9,000 shares and counting.

"I would do this for anyone, it’s very exciting. I just saw a need where someone had a little less in their life and I thought he deserved something and that was just mail," said Gonzales.

Gonzales has also set up a Facebook page for Jimmy where people can find out how to send him a letter or write messages via social media.

"People are so loving and caring," Gonzales said.