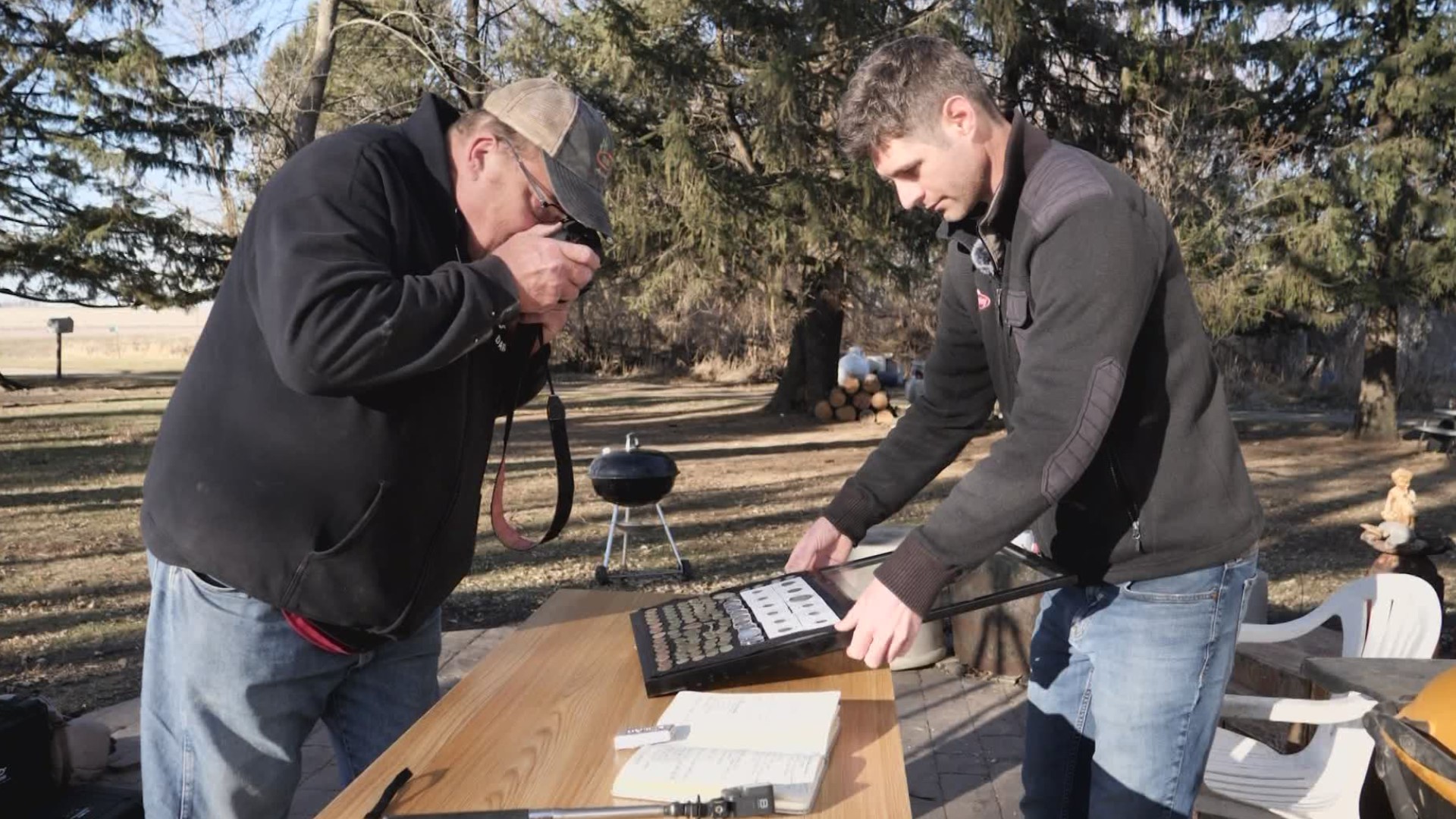 MELVIN, Iowa — Small-town Iowa is known for it's serenity, but on a quiet winter afternoon on the outskirts of Melvin, population 200, the air is filled with high tech optimism.

"Yeah this is a decent signal," Dan Spengler proclaimed while waiving a metal detector over the surface of the ground below.

Spengler has spent the past three years searching for objects buried in the ground.

“I like to call this the yard of dreams. When I first got interested in metal detecting this was one of the first properties I came to," Spengler said.

An aerial photo from the 1930's led him to a farm on the outskirts of town; a property that's been in Fred Year's family for generations.

As years passed, the family farm became the social gathering spot for everyone in town.

"There were no parks in the early days and the trees afforded a shady spot to gather and the ladies would cook up a storm and the guys would sit around and talk smart. I have a great picture of a group of ladies who look like they cooked up a storm in the kitchen," Year said.

Decades later, with the help of Spengler’s equipment, remnants of those legendary gatherings are starting to surface.

"Sure enough I found a ‘v’ nickel from 1893 to kick off everything. I still remember the first coin out here," Spengler said.

The most significant piece of historical treasure he's pieced together was a two-piece pendant discovered three years apart on the farm. Even after hunting this same spot since 2017, new items are being uncovered.

“Oh my gosh, it's a coin way down there!" Spengler said after removing soil with a small shovel.

Eight inches in the ground, a coin sees the sun for the first time in roughly a century.

"Looks like a wheat penny from 1919.  This is low grade and it's probably worth only a penny, literally. To me, from the historical significance it is worth much more," Spengler said.

A new addition to the collection and for Year, a chance to reach back into his past and connect with family.

"Sometimes I close my eyes and I can imagine the old timers being here, you know and having heard the stories they told when I was young.” Year said.

Spengler catalogs every piece of history he finds to share with anyone who wants to learn more.

RELATED: After her mother's death, woman finds solace in searching for her biological father