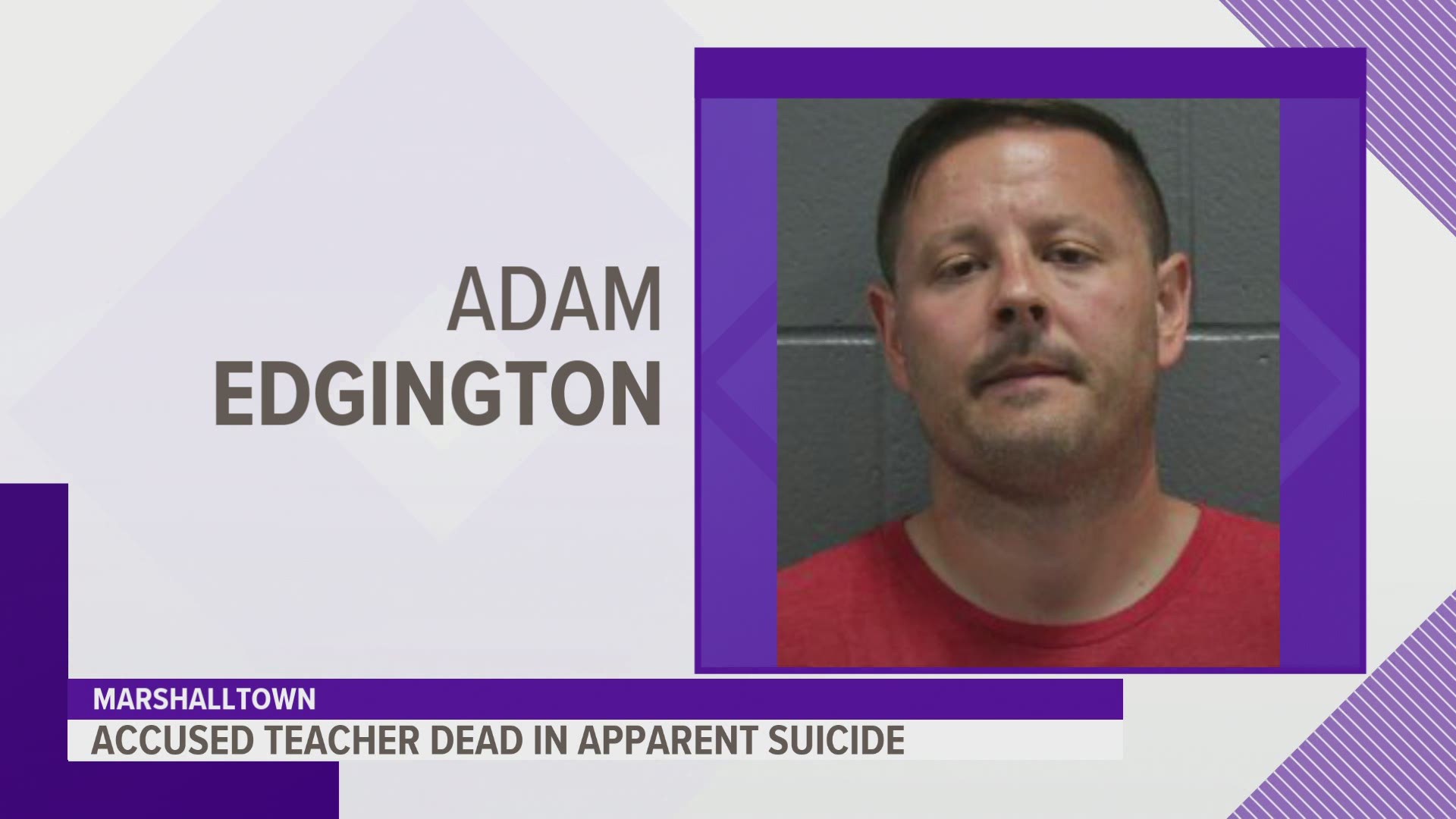 STORY COUNTY, Iowa — Law enforcement in Story County found the body of Adam Edgington in a rural field outside of Nevada on Friday morning.

After further investigation, police officers and sheriff's deputies were led to a location outside of Nevada. They found a car associated with Edgington in a field several hundred feet off the road around 9:10 a.m. Friday.

Edgington had been facing a felony charge of sexual exploitation by a school employee in the Marshalltown School District.