MARSHALLTOWN — Last year, a tornado ravaged the city of Marshalltown. In one beautification effort, people came together and built benches and a new playground ... 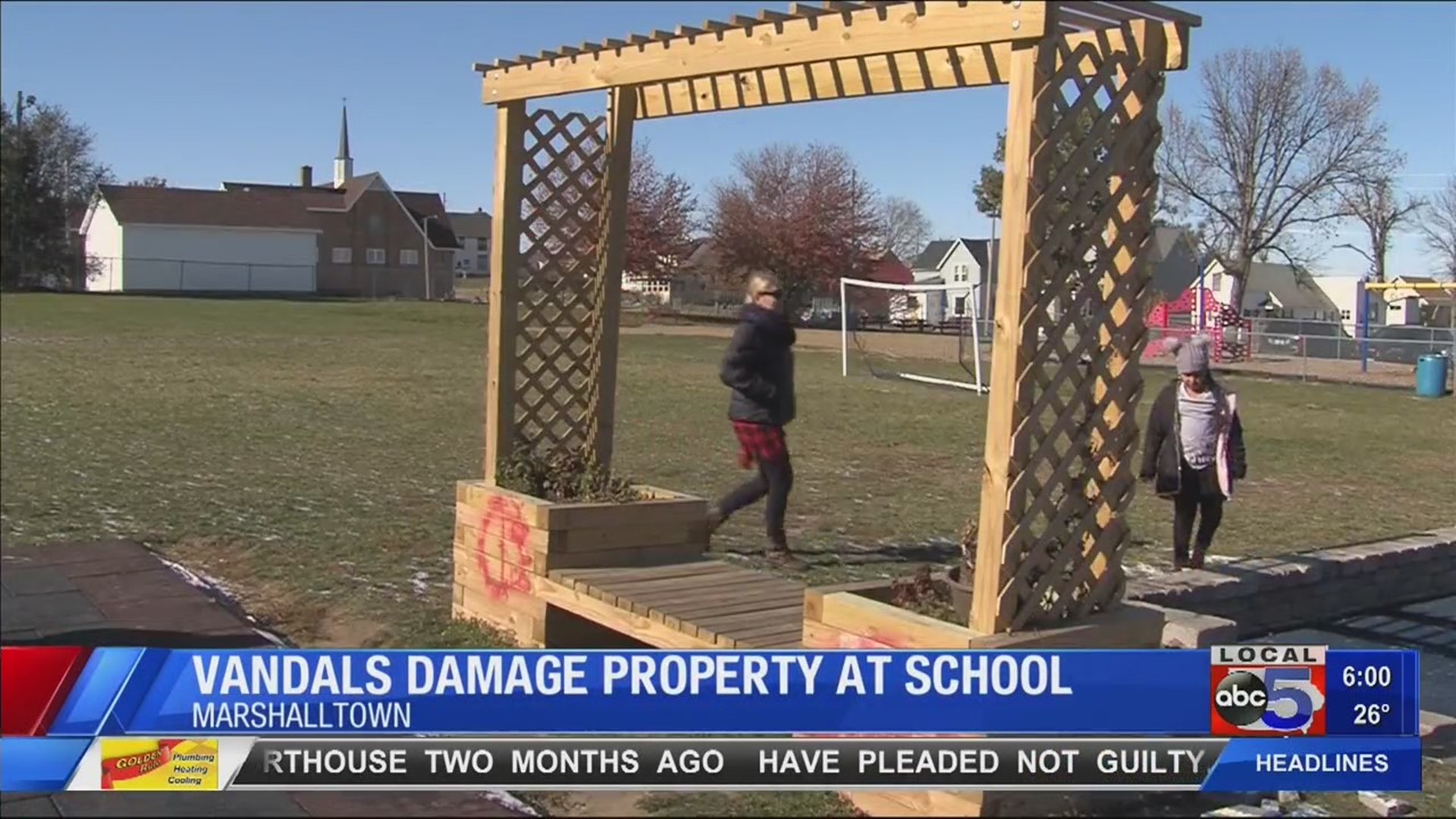 MARSHALLTOWN — Last year, a tornado ravaged the city of Marshalltown. In one beautification effort, people came together and built benches and a new playground at a school there.

Now all their hard work has been destroyed.

Principal Garza said her school’s playground has been getting vandalized a lot lately.

“We’ve had quite a few incidents over the summer and into the school year where we’ve had either spray paint, graffiti on our picnic tables or anything that they can spraypaint.”

This time, vandals destroyed a bench that had a trellis and built in planter boxes.

It was built last summer when the community came together to beautify the area after a tornado leveled the space.

“We had over 300 volunteers so to have people not appreciate and not take care is very devastating.”

“It’s very disappointing that someone would come and do this, especially to an elementary school where there’s often kids here and we’re definitely looking for information that could lead to an arrest of the people involved,” Captain Christopher Jones with the Marshalltown Police Department said.

Police are offering up to a $1,000 reward for any information on this vandalism.

They said whoever is responsible could face up to two years in prison and a fine if they’re caught.

If you have any information on who might have been behind this vandalism, be sure to report it to police.