The mural of the civil rights icon can only be seen from a bird's-eye view; at 79,500 square feet, it's the largest mural in the nation. 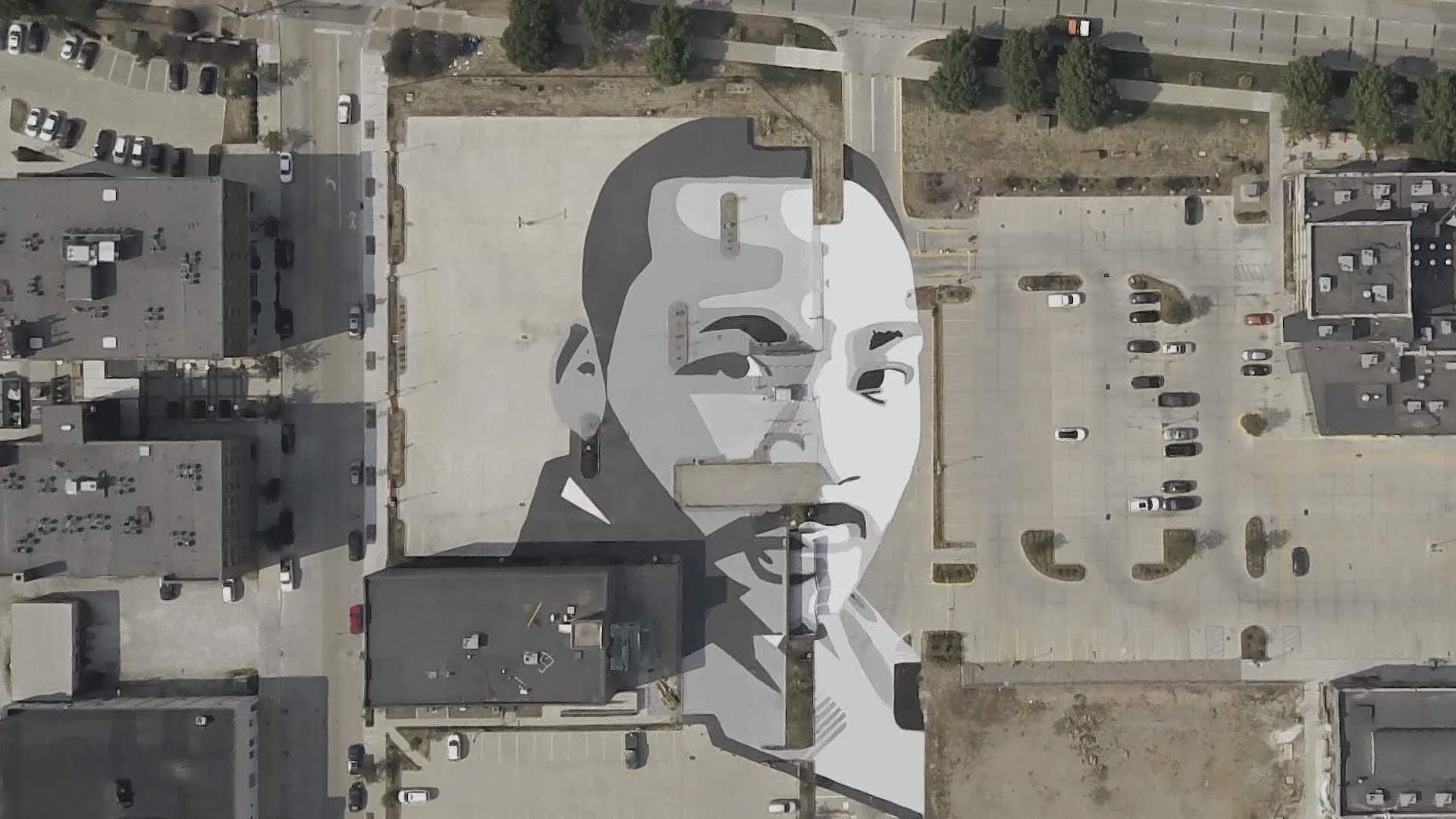 DES MOINES, Iowa — The largest mural in the United States has been unveiled, and it's right here in Des Moines.

Rather than on a wall, this mural was painted on the ground, taking up at least three parking lots.

Artist Michael Bowser started on the mural back in June, not long after the death of George Floyd sparked protests against police brutality and racial inequality across the country.

"I wanted to do the biggest thing I could possibly do myself to send that message of love," Bowser said.

The mural also has different interactive stations, where you can scan a QR code on your phone to learn more about its message.

"How many people's lifetimes do we have to go through before people are treated equal?"

Bowser said there will be a video to go along with the mural coming out in the next couple days, which will be found here.