Mayflies were reportedly seen from the Mississippi River to the Des Moines metro Thursday night. 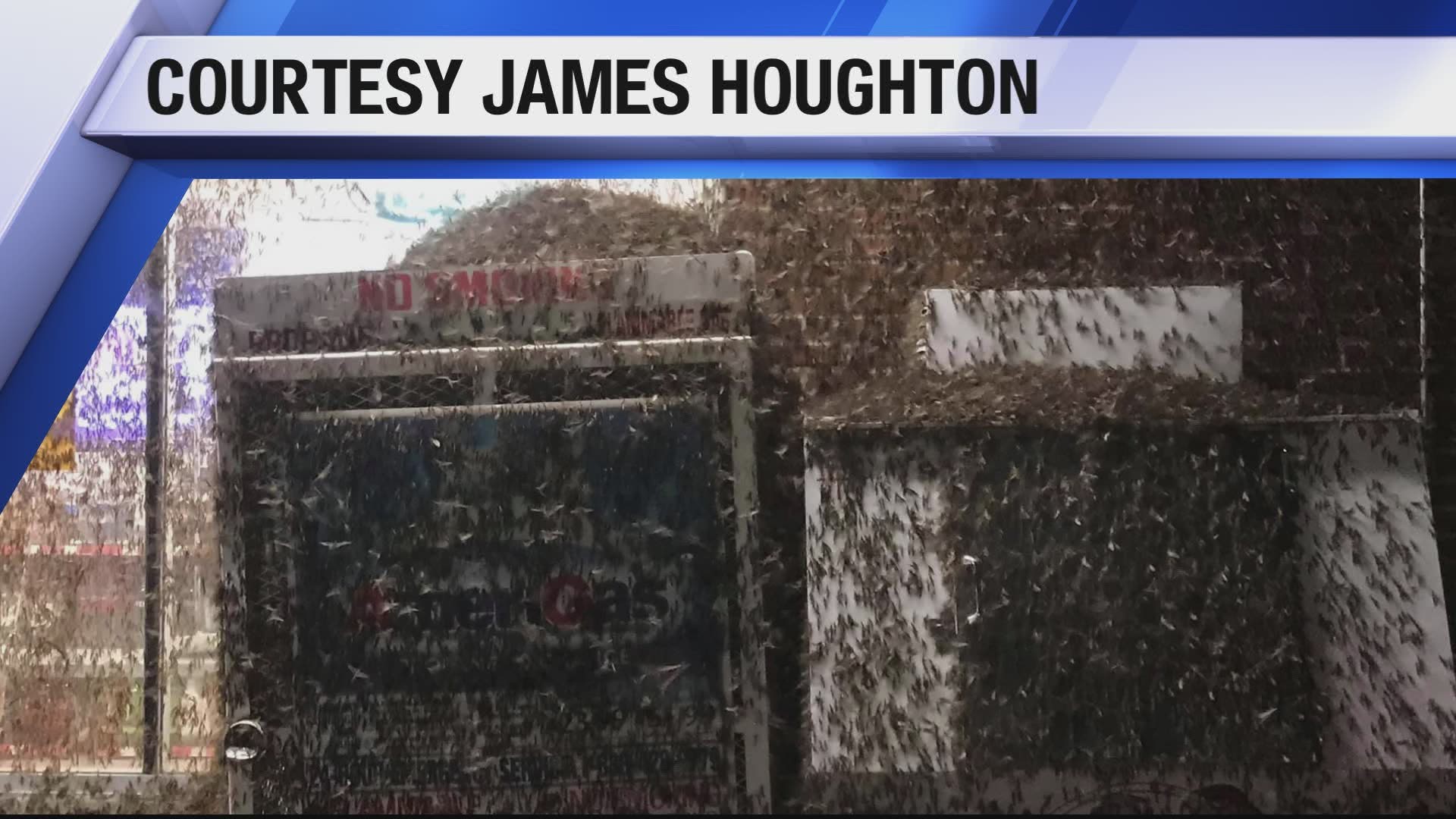 BURLINGTON, Iowa — Some summer nights along the Mississippi River can be rough.

A large mayfly hatch occurred around 9 pm Thursday night from the Quad Cities to much of southeast Iowa. This hatch was particularly large, overtaking towns like Burlington.

So many mayflies hatched at once it was clearly picked up on the National Weather Service radar in Davenport.

The swarm could be seen on radar moving westward along the Iowa River all the way to Marengo, Iowa - nearly 50 miles from the Mississippi River.

Mayflies were also reported in parts of central Iowa including Pleasant Hill and downtown Des Moines.

Mayflies start as larva that reside at the bottom of rivers and lakes. Once they emerge from the water, they only live for a few minutes to a few days, dependent on species.

Along the Mississippi River in Iowa, one of the largest mayfly species annually emerges around late June and early July.

RELATED: How dust from the Sahara Desert is affecting Iowa's air quality